Have you been out spending?

Did you take advantage of the Boxing Day sales?

Well...apparently most Australians didn't because they were cautious about being in public places.

Consumer spending tanked to lockdown levels accoring to the ANZ Bank who observed that nationally weekly spending for the week to 5 January was at its lowest level since Delta lockdowns.

This was most likely compounded by staff shortages stifling spending across dining, retail, and travel.

In fact, spending in Sydney and Melbourne is now near levels typical of lockdown conditions. 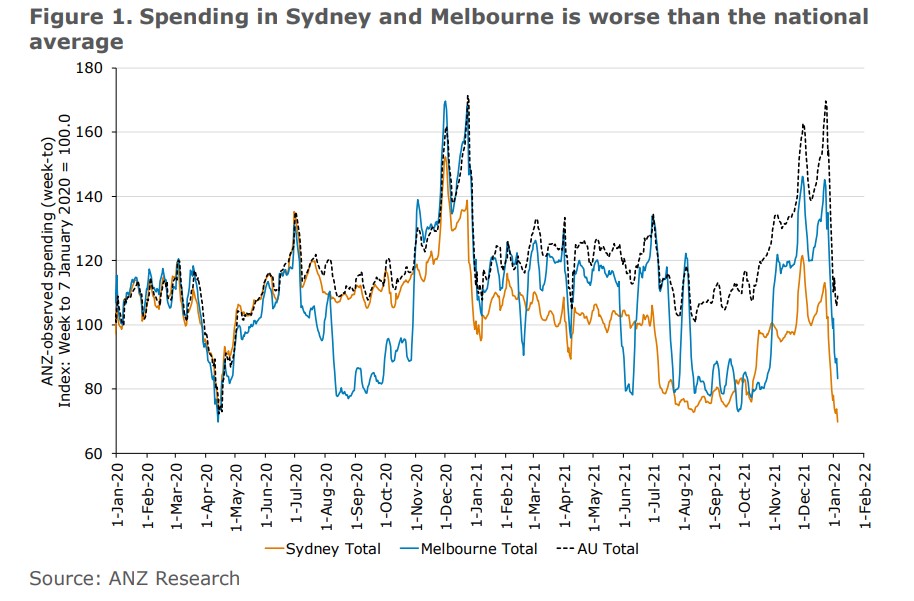 Indeed, total ANZ-observed spending in Sydney is at its lowest point since COVID began.

In Melbourne specifically and Victoria overall spending is not as low as during Delta lockdowns and it recovered faster after Delta lockdowns than Sydney, which seems to have been hit harder by interstate travel rules through the last year. 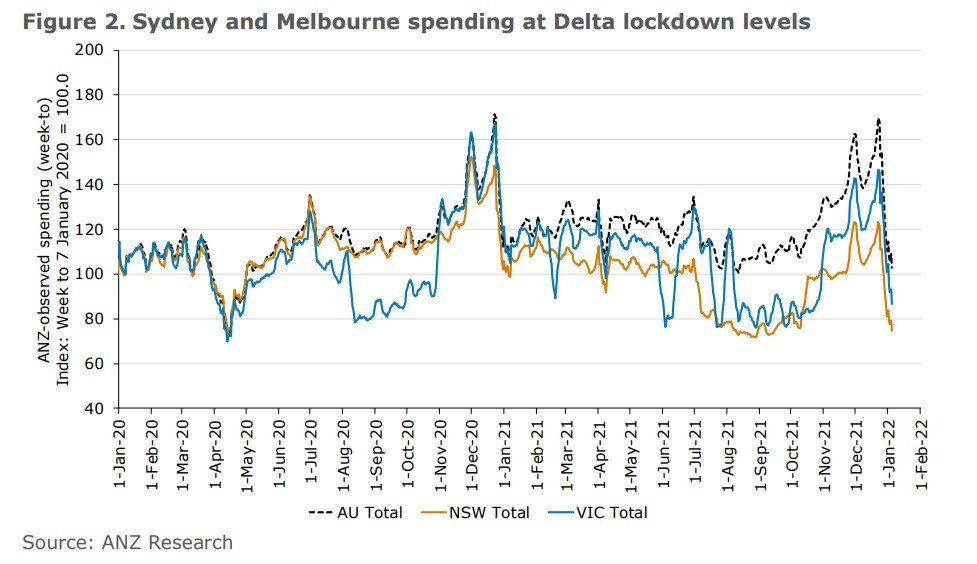 ANZ-observed spending has also fallen sharply in Queensland, South Australia, and Western Australia since the Christmas trading period, with spending in all states a little lower than 2021’s out-of-lockdown levels. 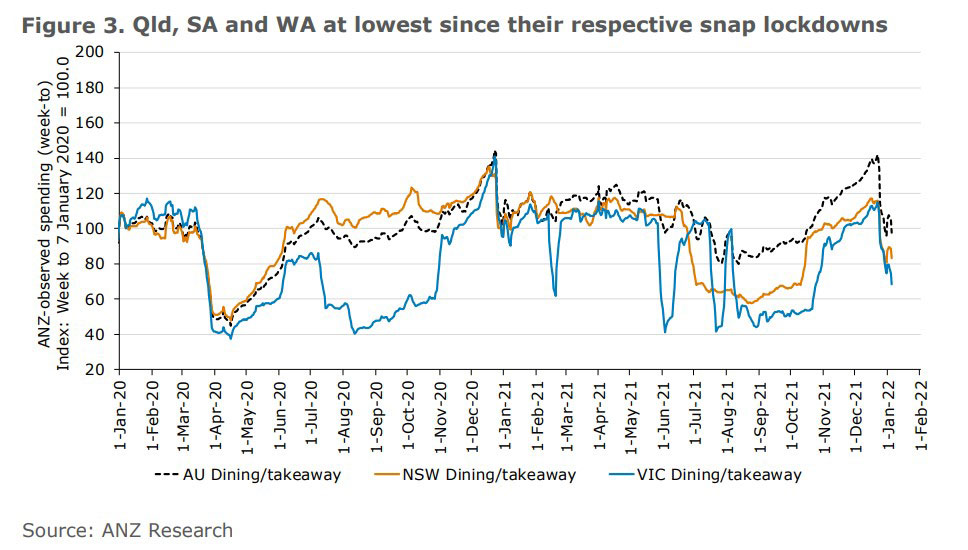