Do you play the lottery? 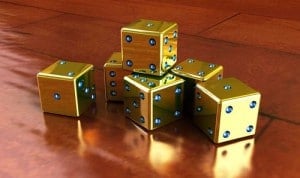 Everyone knows the odds of winning the lottery are unlikely, but exactly how unlikely?

First off, I am talking about the major lotteries here.

Namely, The Powerball and Mega Millions.

In fact, here are a total of 24 things that are more likely to happen than winning the lottery…

You have heard that you are more like to die on the way to buy your lottery ticket than you are to win the lottery, right?

Dying isn’t really that likely, especially in some of these weird ways, but it’s still more likely than winning the lottery.

You’re more likely to end up here, but it’s not a bad place…

Here are 11 other ways you are more likely to die than win the lottery:

It’s not all bad though.

There are actually good things…or at least, neat things, that are more likely to happen:

It’s probably not likely that you will be attacked by this shark.

The RBA starts raising rates – what does it mean for investors

Why the ripple effect can only go so far