One thing many people resolve to do each New Year's Eve is to appreciate life more and live a happier life - but how many of them stick to it?

If you're one of them, then it's worth looking at this list of things happy people never do as quoted in Lifehack.

With the year more than half way through it not to late to start applying this habits now:

1. They never mind what other people think of them.

2. They don’t need others’ compliments to proof their achievements. 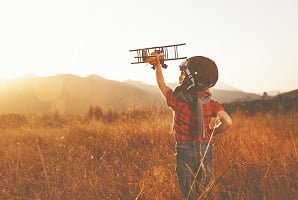 3. They don’t rely on other people or materialistic stuff for happiness.

5. They never magnify the bad things in people.

6. They don’t think crying is bad.

7. They never lie about their feelings to anyone including themselves

8. They never need to be the center of attention.

9. They don’t compare themselves to others.

11. They don’t immerse themselves in a depressing atmosphere.

12. They don’t expect too much from external stuff.

13. They don’t mind things are not in their control.

14. They don’t think they seem to lack anything.

15. They don’t think smiling or laughing is a sign of not being serious.

16. They never take things for granted.

17. They don’t mind sharing what they have with others.

18. They don’t worry too much about the future.