You’ve heard the old saying: when it comes to land, they’re not making any more of it.

However, despite the vast size of our beautiful country, valuable land in metropolitan areas is still a scarce – and scarcity drives up value.

So, as an investor, how can you make the most of your purchasing dollar and score a slice of this premium land, rather than sinking your funds into dirt that has little prospect of building your fortunes?

Look at the inner-ring suburbs

There are always exceptions to the rule, but generally it will be the suburbs closer to the CBD that record the most solid, long-term gains.

As we have evolved from an agrarian to an industrialised society, rural locales haven’t been able to keep up with the price growth in the major cities.

After all, that’s where the higher paying jobs, amenities and services are located.

In many cases, the land under an older home or even under an established block of low rise apartments on a more valuable patch of land will be a better investment than a new estate further out of town.

There’s unlikely to be new patches of land available for release in the inner and middle ring suburbs, so this should help drive the value of your property higher, even if the dwelling itself is a little lacklustre.

Factors like a low crime rate, good schools or a popular shopping strip can push up the price of a piece of land in the short-term.

However, it’s important to remember that these things can ebb and flow over time, and in turn so can the value of your property.

Don’t rely on these kinds of assets to ensure your land retains its value – instead, look for tangible factors that won’t be affected by the passage of time, such as proximity to water, amenities and good local infrastructure.

It’s hardly surprising that studies have shown that being closer to water makes land more valuable. 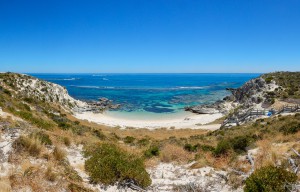 It’s kind of obvious when you think about it – as our most precious resource, it makes sense that people don’t want to stray too far.

A US study found that being as little as one foot further away from the Colorado River basin lead to a 3.1 per cent decrease in property values.

Likewise research in Cardiff, Wales, revealed that homes within 50 metres of a lake were worth 16.8 per cent more than those in other locations.

The closer your land is to a body of water, the better, with waterfront views boosting the value the most.

Over the years industry has moved from the inner suburbs of our capital cities to the outer suburbs and many of the migrants and inner city blue-collar workers who lived there also relocated to the suburbs where they could buy a larger home with a sizeable front and back yard.

Gentrifiers were initially drawn to these inner suburbs by the diversity of jobs, educational opportunities and lifestyle – and this trend continues today as more and more Australians are swapping their back yard for courtyards or balconies. 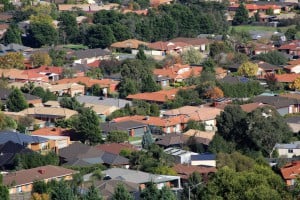 For as long as I’ve been investing the argument has been raging: regional Australia versus capital cities or inner suburbs versus outer suburbs.

Sure there are always exceptions – some better performing regional areas have exhibited more capital growth than some underperforming capital city suburbs and some high growth outer suburbs have grown faster than some demographically challenged inner suburbs.

But overall for strong, stable, long-term growth that outperforms the averages the inner- and middle-ring suburbs of our capital cities are the place to invest.

'Not all land is created equal' have no comments