Though property investor lending is being tightened, banks will continue to offer steep discounts to owner-occupiers to safeguard their market share, states a new report from Deloitte.

The report revealed that many industry players expect property prices around Australia to continue to climb.

Deloitte’s annual Australian Mortgage Report, said that in 2016, the majors offered owner-occupiers discounts on the standard variable rate of up to 130 basis points.

Discounts are currently tracking at 100 basis points for loans that are for 80% or less of the value of a property.

This means new owner-occupiers or those refinancing loans should be able to access financing at about 4% per annum.

Some mortgage experts expect discounting for owner-occupiers to continue this year, most likely at a reduced rate of between 80 and 120 basis points.

He expects banks to use out-of-cycle SVR rate rises to “put some margin back in their business.”

Other executives, including CoreLogic’s Lisa Claes, think the reduced rate will be greater than 80 basis points.

The picture is significantly less rosy for property investors:

Loan discounts have been tightened on top of standard variable rates being increased, according to Deloitte.

To produce the report, Deloitte polled 10 leaders of the mortgage industry, including banks, non-bank lenders, consultants, and mortgage brokers.

The level of bank discounting of SVRs will be closely monitored by the Australian Prudential Regulation Authority (APRA), given the regulator’s increased focus on responsible lending, said Deloitte partner Kevin Nixon.

“If you are offering big discounts, you can expect APRA to ask why, particularly if it looks like the main goal is to increase volumes ahead of quarterly announcements.

Further, under the broader culture remit there will be a focus on transparency and fairness in pricing,” Nixon told the Australian Financial Review.

Banks have been dialling back on lending to property investors to comply with APRA’s 10% lending growth cap, causing the total new lending volume to flatten last year at $384bn.

This made 2016 the first year since 2012 when settlements did not grow over the previous period.

Half of Deloitte’s survey participants said they expect settlement volumes to fall this year compared to 2016.

However, six out of the 10 survey participants said they expect house prices to continue to climb, albeit at a lower level than 2015-2016.

Property price growth in the southeastern capitals has not kept pace with wage growth.

According to Deloitte, property prices climbed 15.5% in Sydney and 13.7% in Melbourne last year; during the same period, wages grew by a measly 2-3%.

Two participants in Deloitte’s survey said house price growth could climb higher than 2016’s, while two said it would be flat.

Not one of the participants is forecasting that house prices in Sydney and Melbourne would fall, or that there would be a significant downturn across the country. 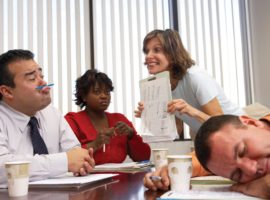 Are your meetings resulting in madness?

10 motivational quotes to help you have a successful week