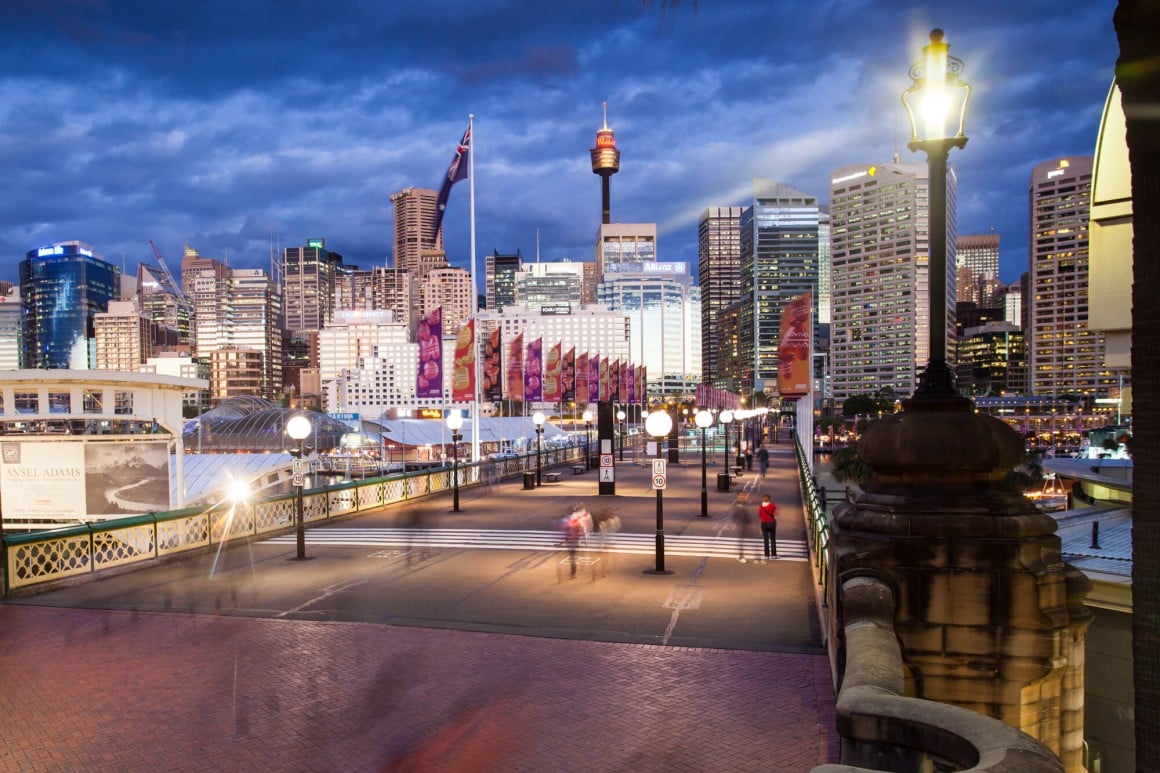 It's easy to scorn the gentrifying hipster stereotype, but many inner-city neighbourhoods benefit from the distinctive mix of businesses and activities they pursue - so why should the suburbs miss out?

One of the stark differences between neighbourhoods in the inner city and outer suburbs in Australia is the quality and type of retail offerings.

Gentrifying inner-city suburbs – places like West End in Brisbane, Fitzroy in Melbourne and Newtown in Sydney – are characterised by independent owner-operated retail businesses. 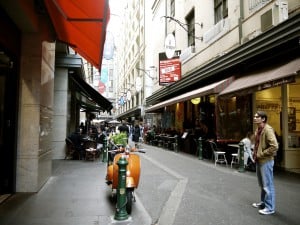 Busy “third places” such as cafes, bars and restaurants – where people spend time between home (“first” place) and work (“second” place) – are common.

These are the favoured haunts of the hipster.

Hipsters have an uneasy place in our cultural landscape, not least of which is their role in gentrification.

However, their role in the inner city is important in showing the rest of the city how to create contemporary, accessible and successful third places with low, non-gendered barriers to entry.

Third places provide residents and visitors with a variety of what Ray Oldenburg calls “the core settings of informal public life”.

Cafes, bars, pubs, clubs or chess rooms (in some places) are places where people can meet informally or be “together alone”.

They allow for planned and accidental encounters across different times of the day and are essential for a healthy neighbourhood social life or “sense” of community.

What’s missing from the outer suburbs?

As we travel out of the inner city towards the outer suburbs, residents become increasingly deprived of these places.

Suburban retail centres become less “local” – shopping centres are isolated from the surrounding neighbourhood, controlled by a single corporate landlord, marooned in a sea of parking and offer a predictable range of franchised outlets and national brands, often anchored by a large supermarket.

At the district level are huge impersonal shopping malls.

None of this enables residents to take advantage of local third places or feel any sense of authorship over them, which is so important for creating a place and community.

History has an obvious role to play. Inner-city suburbs were planned and built before widespread car ownership.

Streets are laid out in grids, which make for easy and direct pedestrian or bicycle travel.

These areas were built before the introduction of strict “single-use” zoning regimes, so have a good mix of land uses.

Retail, residential and even industrial properties exist side by side.

Property ownership has evolved so one landlord rarely controls an entire retail strip.

Businesses open on to wide, protected footpaths which are thoroughfares for more than just the businesses located there.

The built form is varied, interesting and vernacular and suited to small independent businesses.

Gentrification and the hipster

Gentrification takes place over a long time and in particular phases.

The first to colonise an area is “renter gentrifiers”.

They are responsible for making the place hip or edgy through alternative music and art, underground fashion and an embryonic start-up business culture.

This in turn attracts better-resourced gentrifiers who share the same cultural tastes as the renter gentrifiers but have money.

These businesses are stereotypically run by hipsters, a subculture easily recognisable by their carefully curated full beards (male), artistic or ironic tattoos, skinny jeans and other vintage accessories.

Hipsters are often disparaged for their lack of originality, for championing a look that mimics a historical period they never experienced.

As Jake Kinsey writes sarcastically in a whole book that derides hipsters:

… creativity, genius, eternal value and mystery are inseparable from the hipster.

The quest for authenticity

Authenticity is a contested word, but if we think in terms of “authorship”, the independently owned and operated third place where both owner and customer feel a sense of ownership and reciprocal obligation provides much more authenticity than just another outlet in a chain of franchises.

While some hipster businesses that work in the gentrified inner-city might not work so well in the outer suburbs, people who live in these suburbs are not a different species. 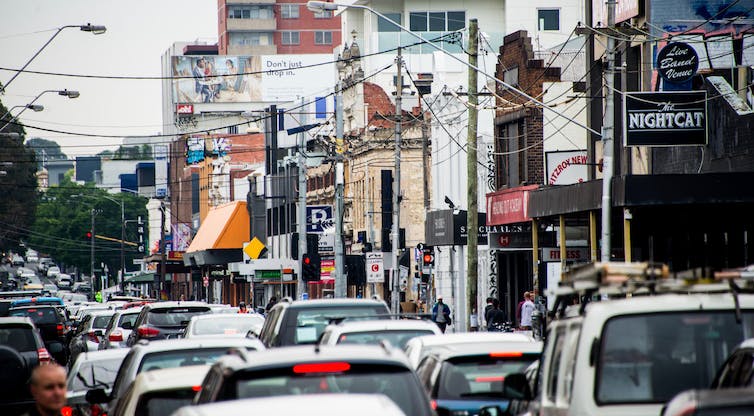 The desire to get out of your house, to socialise, to see your neighbours out in the community or to be “together alone” is not limited to the inner city.

There is no reason people in the suburbs would not respond to independently owned businesses, rather than the remotely controlled, rationalised franchises – see “McDonaldization” – that populate so many suburban shopping centres.

Quality third places are just as important in the outer suburbs, which are becoming increasingly diverse in terms of life stage, ethnicity, culture and employment type.

So what’s the solution?

Property developers are often quick to point out that local retail is not economically viable in new suburbs unless it consists of supermarkets and fast-food outlets and is surrounded by tarmac.

Local (walkable) retail is invariably compared on price to the large impersonal shopping malls that draw shoppers in from the suburbs. 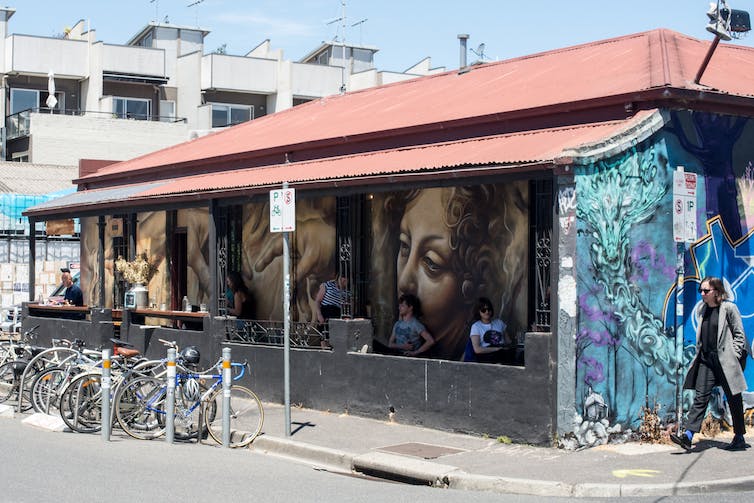 However, the lure of a small local shopping precinct, where “third place” businesses such as bars, cafes and restaurants and community hubs can operate at survivable rents, is a different proposition.

This is not a new suggestion.

Developers have been reluctant to help with this as it is not profitable (for them).

Local authorities have also been reluctant to engage developers on this front.

There are, however, some encouraging exceptions to this.

The argument is for a social good rather than a purely economic one. 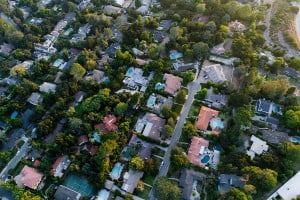 The outer suburbs are spatially different to the inner city – history and late capitalism have taken care of that.

Local authorities need to think about current inflexible zoning regimes and about how small socially beneficial businesses can be encouraged.

Suburbs do not empty out during the day.

In a post-work and ageing society, suburbs will become socially barren places to live unless there are lively hubs where people can leave the private realm of the home and see each other in a welcoming environment in which they feel some authorship.