While most real estate investors worry about the value of their properties today, particularly in light of our flat and falling property markets, in my mind a much better question is “where will property prices be 25 years from now?” 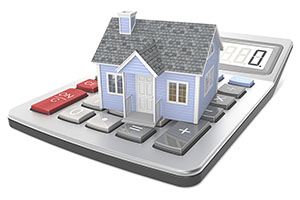 And the good news is that, believe it or not, the median house price in Sydney could be over $6million and the median apartment price in our Harbour City could be close to $3.5 million in 25 years’ time.

Now before you say “NO that can’t be! Housing is already unaffordable” let me explain…

I had to buy it in partnership with my parents because house prices were so expensive, and we took out a 30 years loan because we had no idea how we were going to repay that much money.

At the time we received $12 a week rent and were excited.

I still own that property today – we’ve since built two townhouses worth well over $2million where the original run-down house stood.

Here’s what’s happened to property in the last 25 years.

In 1993 the median house value across Australia was just an interesting, apartments showed a slightly higher median value, at $123,840.

It’s the old story…who wouldn’t like to buy the home their parents bought for the price hey paid 25 years ago? 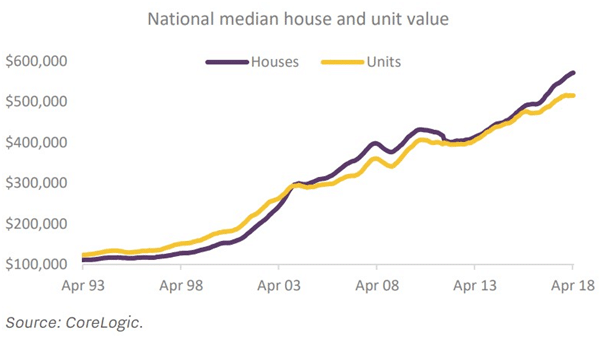 But as always growth rates were diverse with average rates of growth over the last 25 years being: 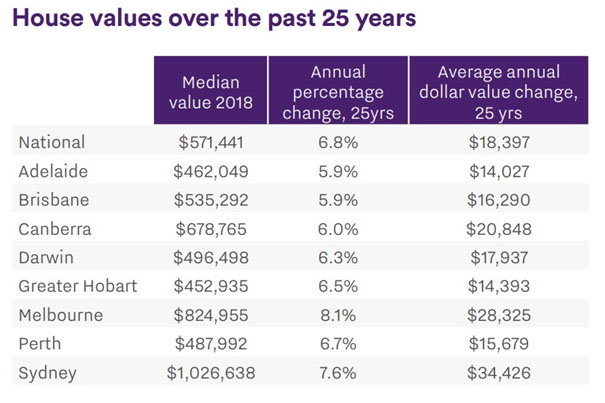 Of course, a significant trend in the last 25 years has been Australian’s adoption of apartment living.

Here’s how apartments have been performing: While past performance isn’t always the best predictor of the future, and housing trends are likely to change with a shift to smaller housing since more of us will be trading back yards for balconies and courtyards; if property prices were to rise in the future at the same rate as over the past twenty-five years, here’s what Aussie’s report forecasts: 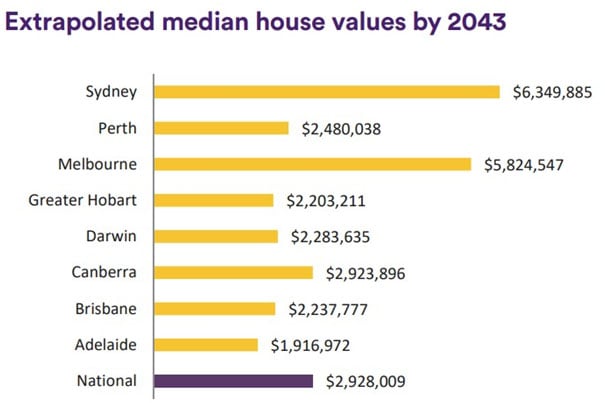 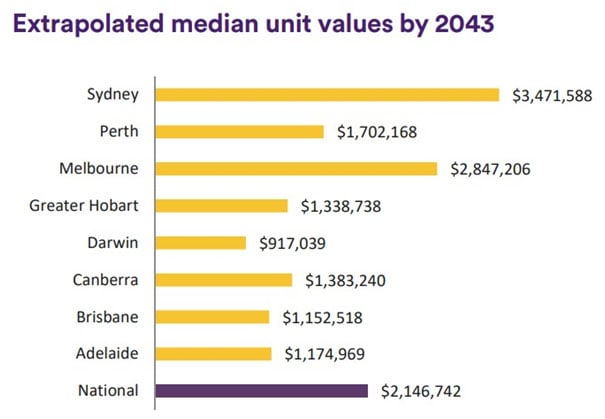 Source: Aussie and CoreLogic Median values have been extrapolated based on applying the annual compounding growth in median values over the past twenty five years to current median house and unit values. 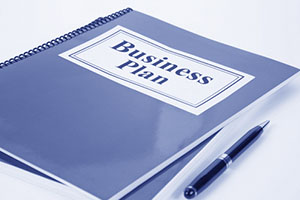 Yes, it’s hard to believe that the median house in Sydney’s value could be $6.35 million and $5.82 million in Melbourne.

Obviously, these are simple extrapolations and don’t, in fact, can’t, account for the many economic, demographic and political variables that will play out over the next quarter of a century.

However, Australia has a “business plan” to keep growing its population.

This plus the ongoing wealth of our nation should underpin the growth in value of our property markets.

With Australia’s current annual population growth of 1.4 percent, this adds around 340,000 people to our population each year.

While this may not sound like much, we’re adding the equivalent of one new Darwin every 20 weeks or a new Tasmania is stuffed into our capital cities every 18 months. 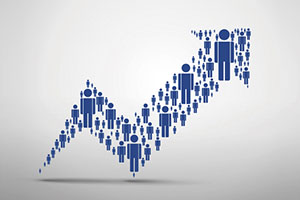 Sydney is growing much faster than the national averages and will add almost two million people to its population by 2037, which is the equivalent of adding a new Perth into Sydney.

At this rate, Melbourne is set to overtake Sydney as Australia’s biggest city sometime in the 2030s.

What does all this mean for house prices?

Well, the law of supply and demand would suggest that all else being equal, where population growth will strongest, house price rises are likely to rise the most. 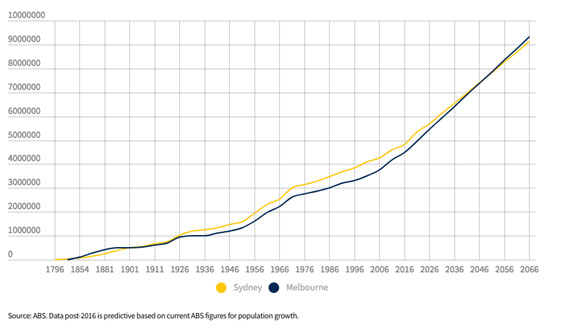 WHAT CAN YOU DO TO STAY AHEAD IN THE CURRENT MARKET?

Remember the multi-award-winning team of property investment strategists at Metropole have no properties to sell, so their advice is unbiased.

'Where will house prices be 25 years from now?' have 16 comments