On the 25th of March, real estate agents were temporarily banned from hosting open property inspections and on-site auctions.

The ban resulted in changes to the auction process, which went from on-site to online.

These changes are reflected in some startling data points in the auction results.

Below is a summary of typical auction outcomes before and after auction bans were put in place.

The biggest stand-out in the data is an increase in properties withdrawn from auction.

From the week ending 29th of March, to the week ending 3rd of May, the portion of scheduled auction events withdrawn averaged 45.8% across the combined capital cities market.

This is about 8 times the 5-year average rate of withdrawn properties prior to COVID-19, which was 5.7%.

While withdrawn properties increased, the total number of scheduled auctions came down in the weeks after the nation-wide lockdown.

This partially reflects vendors and agents adapting to the private treaty sale method, or adapting to online or over-thephone auctions.

As a result, the withdrawn rate has since come down to 26.4%.

The decline in auction volumes was also partly attributable to the Easter long weekend, which typically sees very low levels of listing, buying and selling activity.

The clearance rate for the combined capital cities reached a record low (excluding January results which are seasonally impacted) of 30.2% in the week ending April 19th.

This has since stabilised to 47.5% for the week ending 3rd of May.

The dramatic drop-off in the clearance rate was largely because CoreLogic counts a ‘withdrawn’ property as a non-sale.

Meanwhile, 17.1% of scheduled auctions were passing in after the on-site auction ban was introduced.

Ultimately, most of the decline in the clearance rate can be explained through an engineered slowing of auctions.

This is important to note, because clearance rates and changes in home values have historically been closely correlated.

At face value, the sharp fall in clearance rates implies housing values could follow a similar trend, however there is a good chance the relationship has at least temporarily disconnected due to the high withdrawal rate dragging the clearance rate to artificial lows.

Will the re-introduction of auctions have an impact on the residential market?

As open inspections are gradually reintroduced across the country, and onsite auctions re-commence in NSW, it is worth considering what impact, if any, this would have on the volume of transactions and price levels. 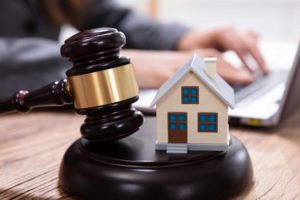 CoreLogic estimates that the number of transactions has dropped about 40% over April, while prices held relatively firm.

Public auctions may expose buyers to their competition, which in a market where prices are rising, could induce people to make higher bids and become more competitive.

But in the current market, consumer confidence is recovering from the lowest levels since the early 90’s recession, and prices are likely to start falling.

In Melbourne, where 46% of all capital city auctions were held in the 2019 calendar year, values already showed a 0.3% decline over April. 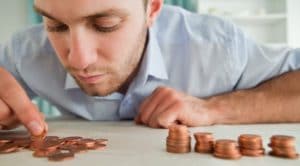 This means the auction method of sale may be less popular with vendors and agents.

The easing of restrictions on auctions comes as the ABS reports that paid employment positions have fallen 7.5% across Australia, and total wages paid has decreased 8.2%.

Ultimately, being able to look at property, and bid publicly on property, does not increase capacity to buy property.

The real estate industry is more likely to see a recovery when other sectors return to normal operations, and consumer sentiment lifts from its current lows.

Which rental markets are most impacted by COVID-19