Every nation must have someone who is the wealthiest, and everyone who vies for this honour is faced with the same daunting question:

You’ve likely heard that wealth comes from hard work, but unfortunately to make it to the top spot that’s only true if you’re working hard at growing your own wealth.

Of those richest people in each nation, 52% were born in the right family, as shown in the map below. 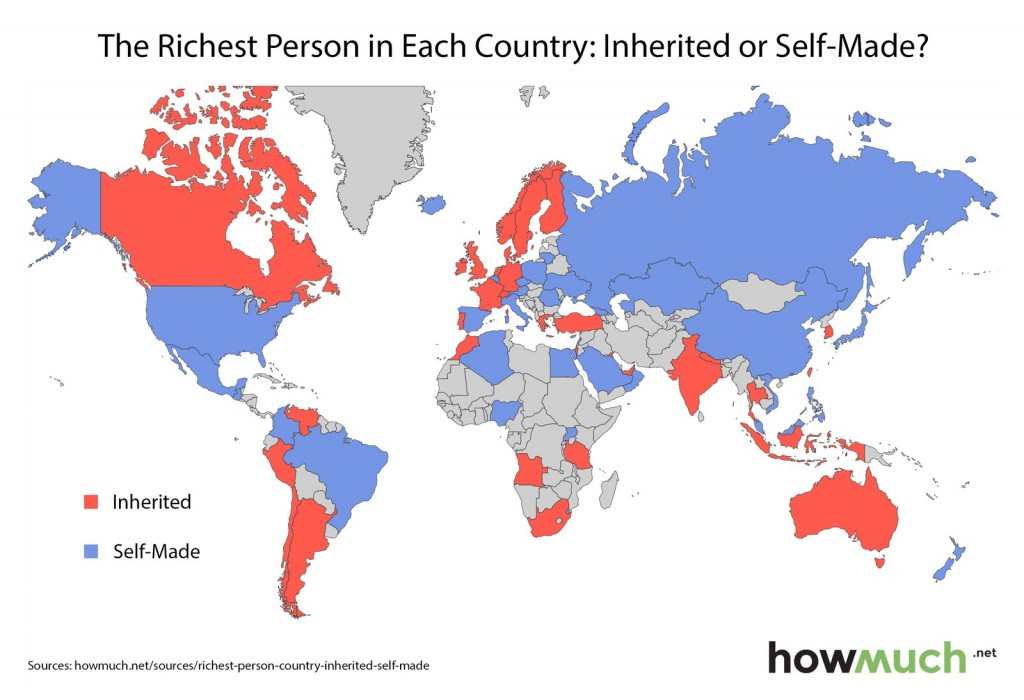 Now don’t get me wrong

When I say their fortune has been inherited I’m not downplaying their own personal accomplishments.

I’m just suggesting life’s a little easier if you get a head start, isn’t it?

But there’s plenty of room for self made millionaires…

By wealth, the top three people richest within their nation are all self made:

This far outstripps the largest inherited wealth on the map (Liliane Bettencourt of France at $43.3 billion).

'Are Today’s Billionaires Born or Self-Made?' have no comments