Think renting in Sydney or Melbourne is tough? 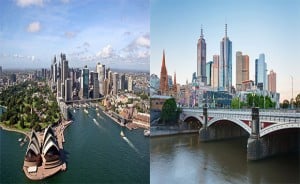 Well…living in one of the world’s financial hubs means getting access to top-notch cultural attractions and entertainment, a varied job market, and expensive lifestyles—naturally!

But how expensive really?

This is what RENTCafé set out to uncover when they compiled this study on what it costs to rent in the world’s top financial cities. 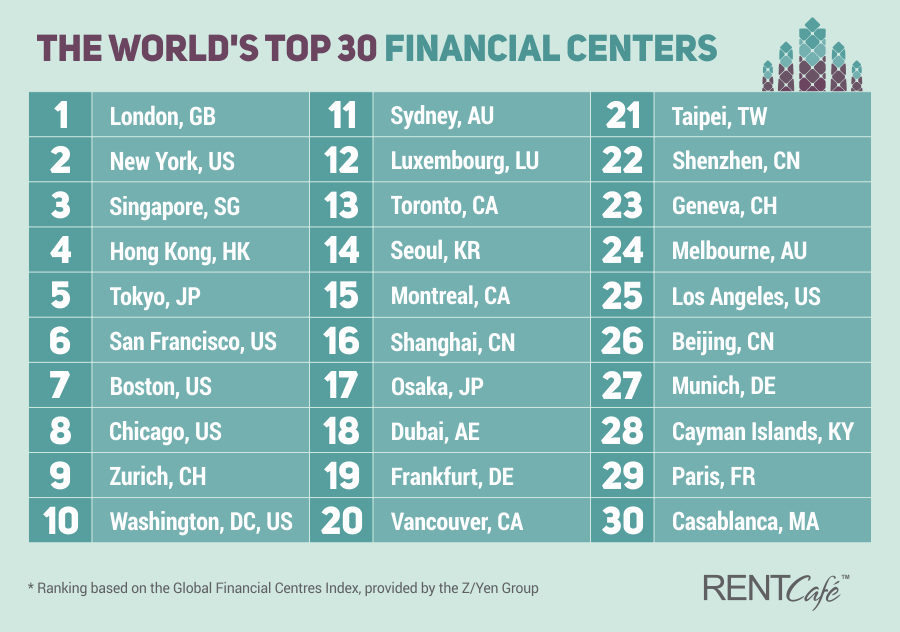 RENTCafé looked at how much a one-bedroom apartment costs in the world’s leading financial centres.

Their analysts summed up the average rents for one-bedroom apartments between 55-85 square metres in each of the 30 cities, based on housing market data from various sources. 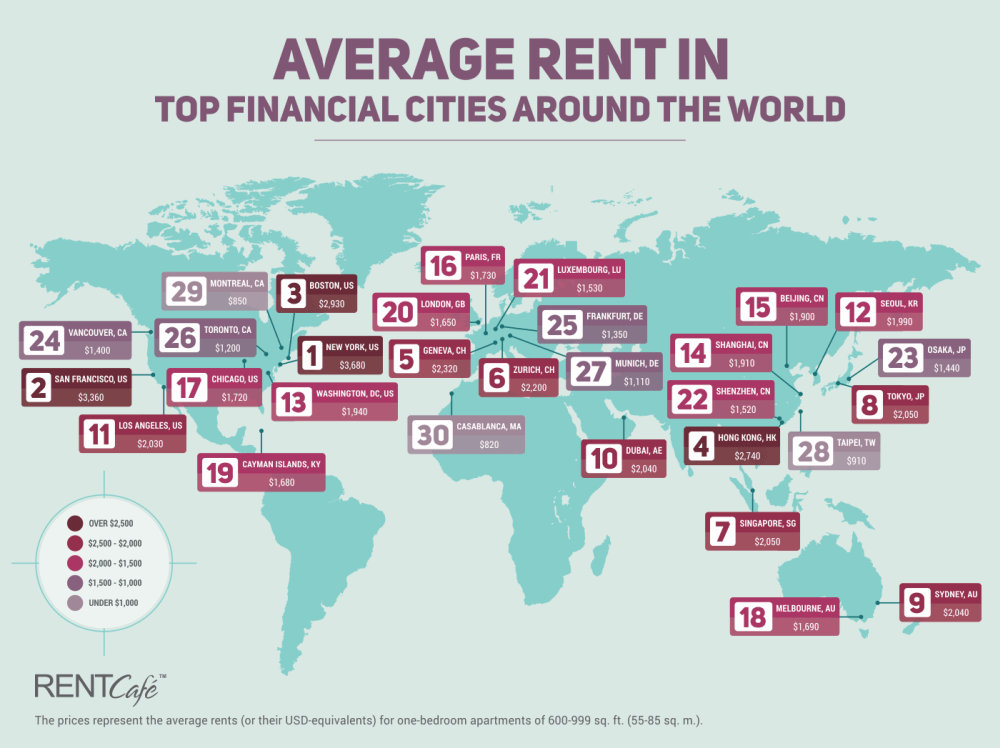 Where do we fit in?

While  all 30 cities offer a competitive environment with plenty of jobs available in the financial sector their rents run from one end of the scale to the other.

Rent.com.au analysed the results and came to the following conclusions:

While Melbourne ranked as a financial powerhouse if you were to sort these cities by their rents, it shifts to 18th place.

This means there are 17 other financial centers with higher rents than Melbourne. The average rent in Melbourne is US$1,690 (or $2,230) each month for a one-bedroom apartment.

On the other hand Sydney ranks 11th on the list of financial centers but it’s high costs of renting make it the ninth most expensive financial city in the world to live for renters.

I guess that’s the cost of living in 2 of the greatest cities in the world.

'Think renting in Melbourne or Sydney is expensive? Think again!' have no comments