Here are  four charts about the likely direction of house prices.

I update these four charts about this time each year.

I have found that these four indicators are good bellwethers when it comes to future house price movement.

My thesis is a simple one: 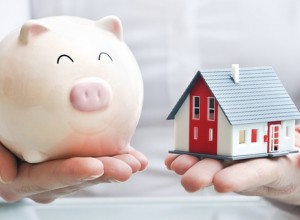 1. If more people have a full-time job then more households can buy a property.

2. A boost in full-time employment typically results in a lift in consumer confidence. Confident folk usually buy things, including property.

3. But you need to be able to finance the deal. Expanding or contracting credit has a big impact on house values.

4. And it helps if the size of the population increases, as this means there is a need to build more homes.

More full-time work, in the past, has seen a major lift in housing values.

This time around there has been an impact but not as positive as in the past.

One might want to question the validity of the ABS full-time work statistics.

I think they are dubious.

This duplicity is shown by the limp lift in consumer confidence.

But confidence has improved and this has helped lift house values.

The recent APRA tightening has had a major impact on house price growth.

As have had the latest machinations in annual population growth.

Whilst our increasing overseas migrant intake indicates that house values should accelerate again, especially in the major capitals and in certain ‘escape valve’ regional markets like the Gold and Sunshine Coasts.

For mine, over the next year or so, house values look set to continue appreciating.

They lifted by 8% across Australia – according to the REIA – over the past 12 months.

I think they will grow – as an average across Australian – by about 5% over the next 12 months.

The third chart suggests that my 5% forecast is a somewhat safe call.

Chart four suggests I am being pessimistic.

That maybe true, but more important is the role of another ingredient in this recipe, housing supply. 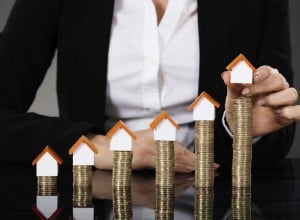 The RBA recently produced a great paper on the impact of zoning on house values and this work found that from about 2005, restrictions on new housing approvals started to have a major (and growing) impact on house values in our major capital cities.

A perfect storm really as the start of more restrictive development control coincided with an almost doubling of our annual population growth.

You couldn’t make this stuff up if you tried!

In coming weeks I will provide detail about where house values are rising or falling.  This work will include statistics for the inner, middle-ring and outer suburbs within the major capitals plus the larger regional centres too.

'This is the likely direction of house prices.' have no comments