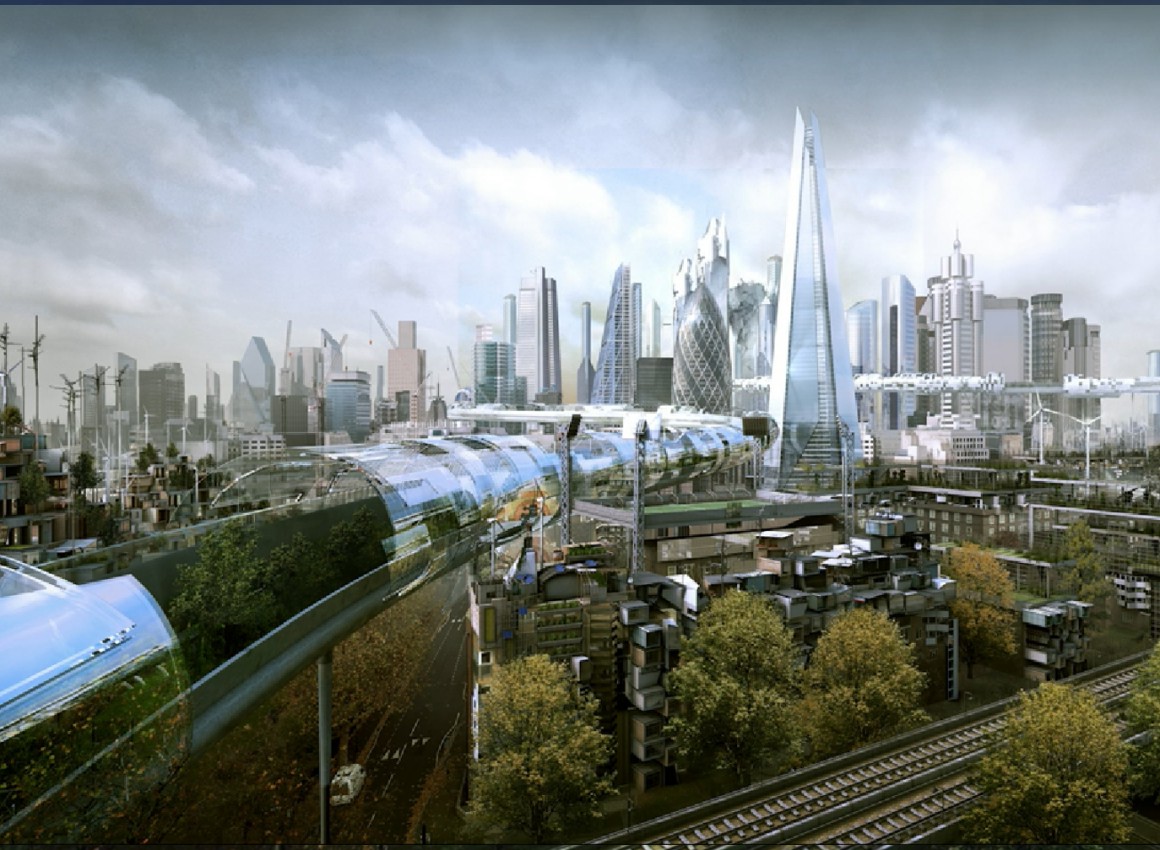 The future of our cities – Here’s what you can expect

Have you ever wondered what Australia will look like 30 years from now?

Chances are you won’t recognise it as our population is likely to grow by 50%. 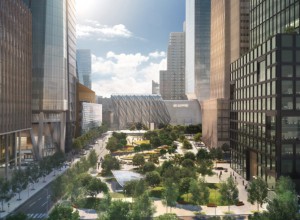 Australia’s largest cities are facing a watershed moment in their growth and development.

According to Infrastructure Australia in the coming 30 years Australia’s population is forecast to increase by 11.8 million people.

Putting this into perspective…

That’s equivalent to adding a new city, roughly the size of Canberra, each year for the next 30 years.

And about 75% of this growth will occur in Sydney, Melbourne, Brisbane and Perth.

By 2046, Sydney will be home to 7.4 million people with Melbourne trailing just slightly on 7.3 million.

Perth will boast 4.3 million residents, and Brisbane will grow to accommodate four million.

Clearly this significant growth will create some amazing opportunities, but also many social and infrastructure problems.

“Asia's global middle class as well as our own rapidly growing population will unlock new economic frontiers for Australia, but we need to position our cities to take advantage of this historic opportunity.”

What I think they are saying is that Asia’s growing middle class are not only providing Australia with export opportunities but they are also the source of a large proportion of the young skilled migrants driving Australia’s population growth, while meeting our labor force and skills needs.

Is it time to slow down?

Half of this growth is from immigration.

Treasurer Scott Morrison responded saying that Abbott’s proposal would cost the federal budget up to $5 billion because “basically the economy [would not be] growing at the same level and people who come as skilled migrants pay taxes, make a net contribution to the economy”.

Now is not the time to “wave the white flag on population growth or dredge up dogmatic slogans that our cities are full,” says the Property Council’s chief executive Ken Morrison.

“We must accept that we are on an unavoidable growth trajectory, and to recognise that our future prosperity is linked to the performance of our cities.”

I've recently explained why the Melbourne and Sydney property markets have decoupled from the rest of Australia.

Infrastructure Australia is firmly in favour of population growth, which it argues is a “powerful source of economic dynamism”.

The report states that planning for higher density employment centres is...

“crucial for the economic performance of our cities. This is because it facilitates their key competitive advantage – access to economic opportunities…”

In other words, well-planned higher density places to work and live are necessary to meet the needs of the new economy because they facilitate the generation and implementation of ideas.

But failing to effectively anticipate and respond to growth, is likely to mean “declining economic productivity, increasing environmental pressures and a marked reduction in each city’s quality of life”.

While no one really knows what the future holds, Infrastructure Australia has developed six hypothetical growth scenarios, three each for Melbourne and Sydney in the year 2046.

The scenarios seek to test commonly posed questions about how Australian cities could grow and change, including:

The scenarios assume common population and employment growth totals within consistent metropolitan boundaries, but differ by the location of this growth, and by the future structure of the transport network.

Below are the graphic representations of what our 2 big super star cities could look like.

Whatever the case, our population growth, which is growing faster than any other developed nation, plus the wealth of our nation, will underpin our capital city property markets moving forward. 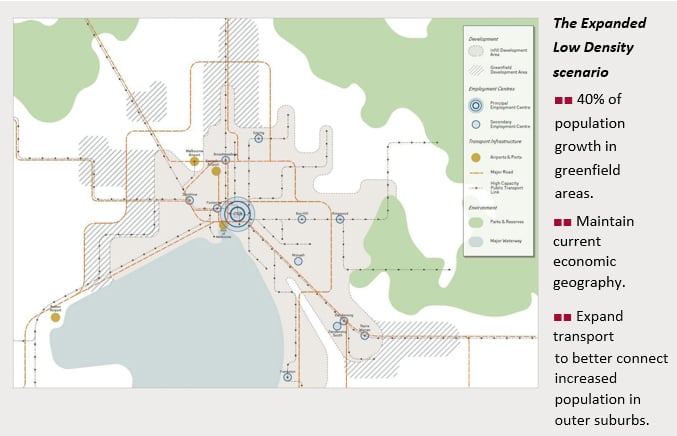 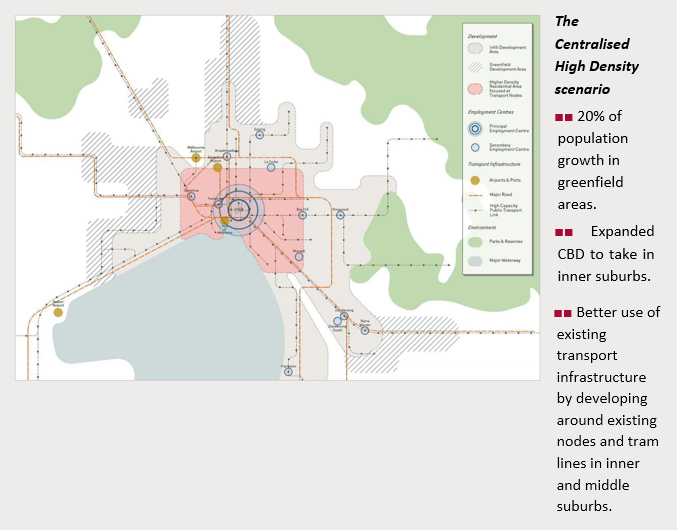 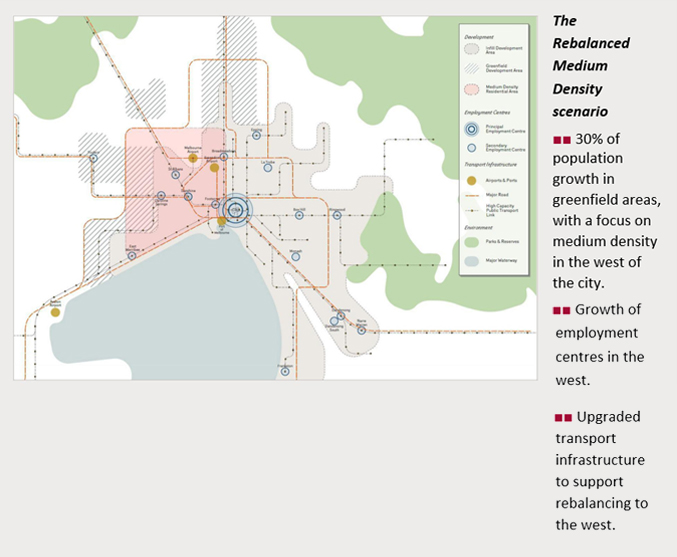 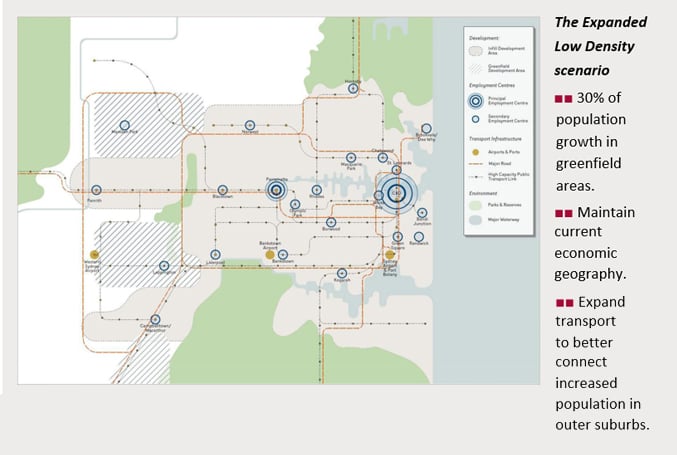 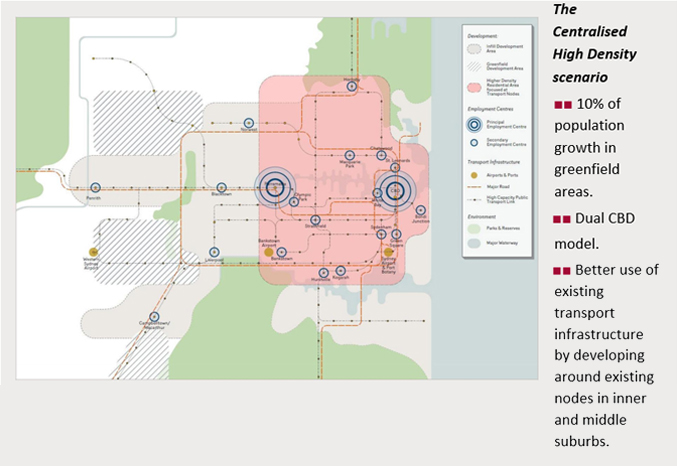 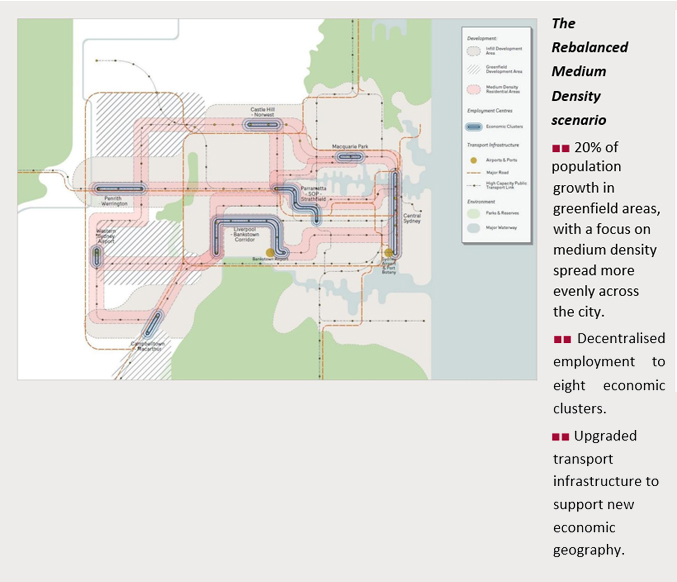