How are the various States performing economically?

Each quarter Commsec looks at 8 key indicators to see how each States economy is performing.

Last quarter Tasmania was the best-performing economy taking into account all the indicators, with ACT at #2. 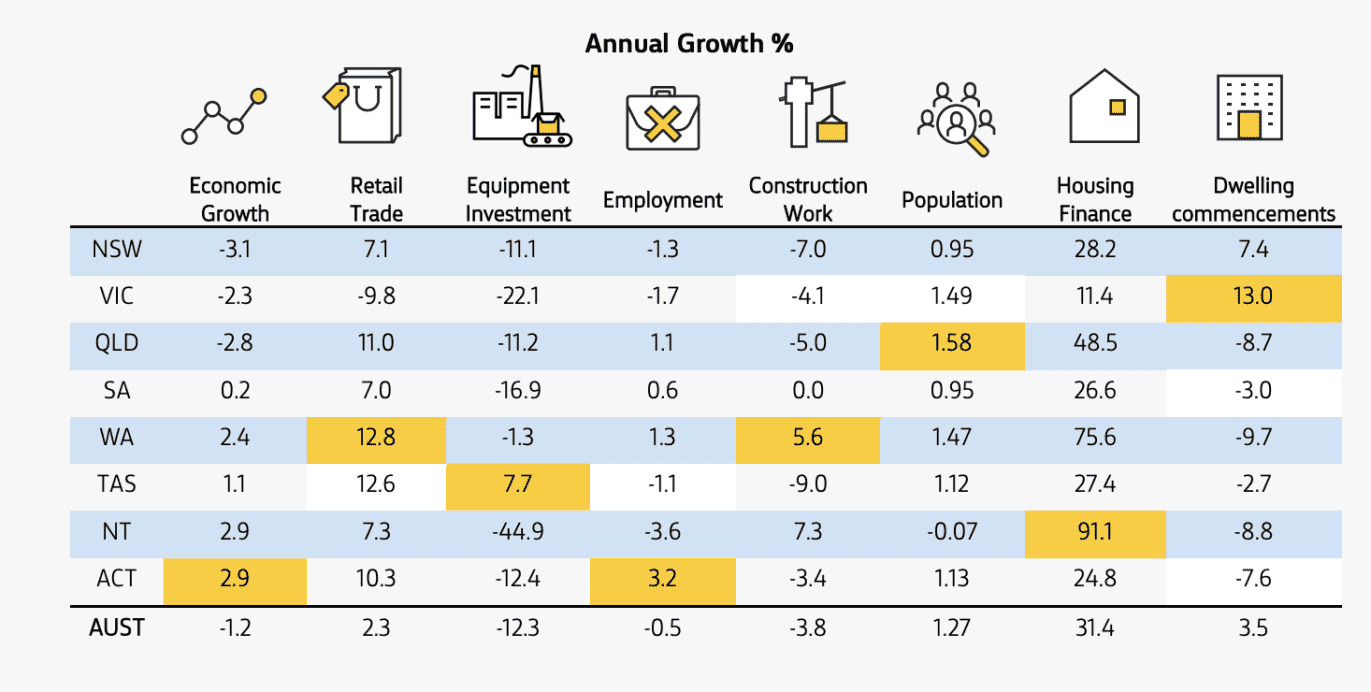 The state with the fastest absolute annual population growth is now Queensland (up 1.58 per cent).

'The economic State of the States – January 2021' have no comments