Sydney and Melbourne property values are set to reclaim some of the losses recorded over the final quarter of 2015.

CoreLogic’s monthly figures, due out on Monday, will reveal that Sydney property values picked up 0.5% in the first month of the year after a 2.3% decline in the final quarter of 2015.

Dwelling values in Melbourne are likely to increase by approximately 2% by months end.

This should bring Australia’s second largest city back into positive growth territory on a rolling quarterly basis.

The remaining major capitals are continuing to show relatively sedate housing market conditions with the potential for further falls when the end of month index results are published next Monday.

Despite the higher index readings across the largest cites, it’s likely that housing market conditions will track lower than what we saw over 2015.

Earlier this week figures from  Domain Group suggested that Sydney house prices fell 3.1% and units were down 2.8% over the last quarter of 2015.

With key conditions such as a shortage of dwellings, continued migration and strong economy all underpinning a growing housing market, the decline reflected slumping confidence in the NSW capital, Domain senior economist Dr. Andrew Wilson said. 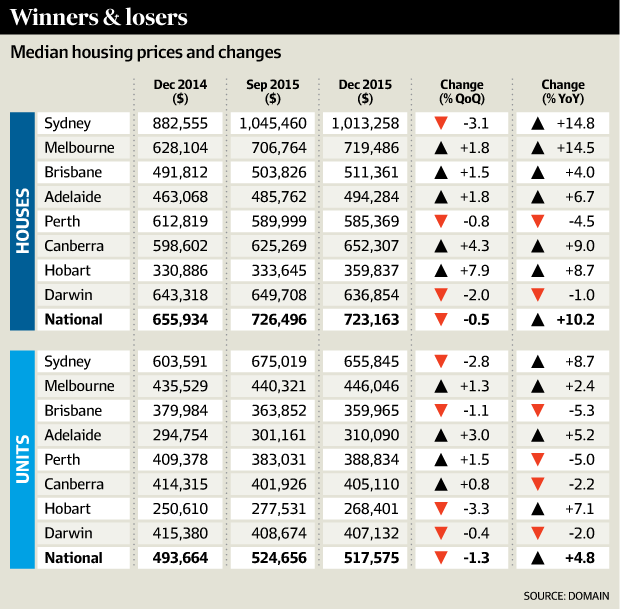