National residential property listings climbed during the month of February.

The rise was predominantly driven by a 15.1% surge in Sydney listings.

Residential property listings rose in most capital cities during the month of February, excluding Hobart which experienced a slight fall of 0.7%

Notably, property listings in Sydney and Darwin are considerably higher than this time last year (February 2015). 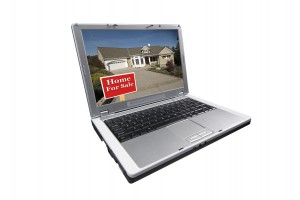 Sydney experienced a yearly rise of 18%, with residential property listings climbing from 21,769 to 25,698.

Darwin also experienced excessive yearly growth with sale listings up 12% based on a total 2,050 listings.

These figures indicate that the number of property sellers in both residential markets has increased when adjusting for seasonality.

In contrast, year-on-year results indicate that once again Hobart and Melbourne are recording considerable yearly falls.

Hobart recorded the biggest yearly change, with sale listings falling by 6.8%, reducing the number of properties for sale to 3,897.

Listings normally rise at this time of year as the market fully opens up from the summer hiatus. The rise from Sydney however is well above normal seasonality and well above levels recorded this time last year.

This is evidence of a slower Sydney market where it is taking longer to sell.

On the other hand, recording a decline at this time of year, as what has happened with Hobart, is also abnormal and is suggestive of a strong market made up of many buyers and fewer sellers. 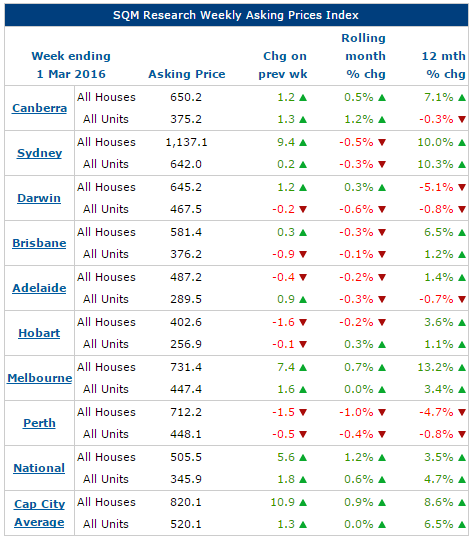 Over the past month, the capital city average for asking prices has increased 0.9% for houses, and 0.0% for units, according to SQM Research.

Year-on- year results reveal that despite experiencing minor falls in the last month, Sydney median asking prices have risen 10.00% for houses and 10.30% for units compared to this time last year.

'Surge recorded for Sydney residential property listings' have no comments