SQM Research reveals residential asking property prices grew in most Australian cities over the year to February 7, 2017, with Sydney and Melbourne leading the nation in a strong start to the year.

Canberra is posting modest growth while asking prices are still falling in Darwin and Perth, where demand for property is still soft given the slowdown in mining activity.

Melbourne, Sydney and Canberra recorded the biggest monthly falls in listings, down 12.3%, 6.6% and 6.4% respectively.

Over the year, listings are down most in Canberra by 16.1%.

There has been a drop in property listings in Sydney and Melbourne, as some vendors wait on the sidelines for price rises to eventuate.

This is only perpetuating increases in asking prices in those cities, and we can expect to see those housing markets gain momentum with demand still fuelled by low interest rates and good population growth. 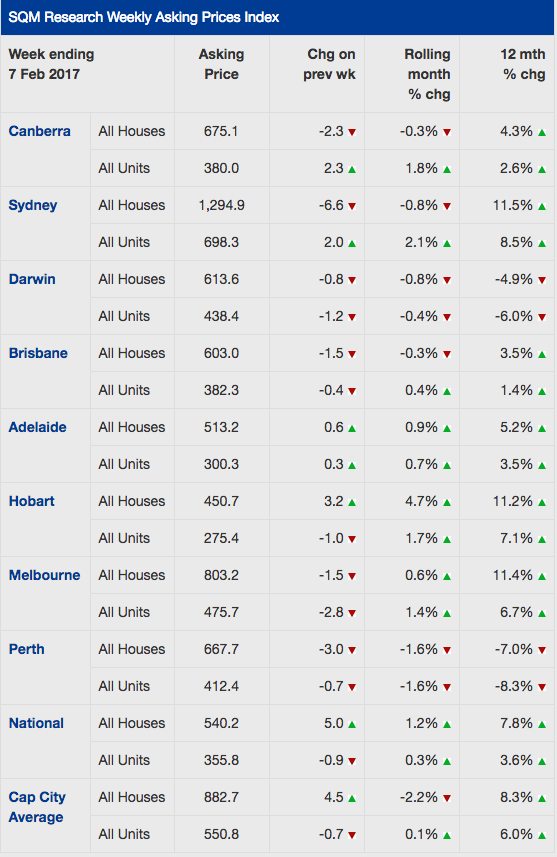