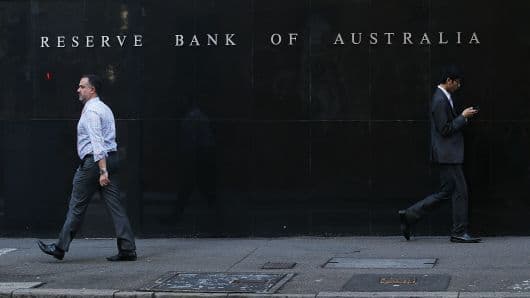 However, confidence levels remain well below the monthly average since 1990 of 112.6, and even still a reading of 93.5 is equivalent to what Australia experienced through the financial crisis.

On March 29 the COVID shock saw consumer confidence reading hit the lowest level in half a century at 65.3, but it has since rebounded by 43 per cent.

The RBA put out some state level payroll jobs figures this week which showed that jobs have been steadily picking up elsewhere, but not in Victoria. 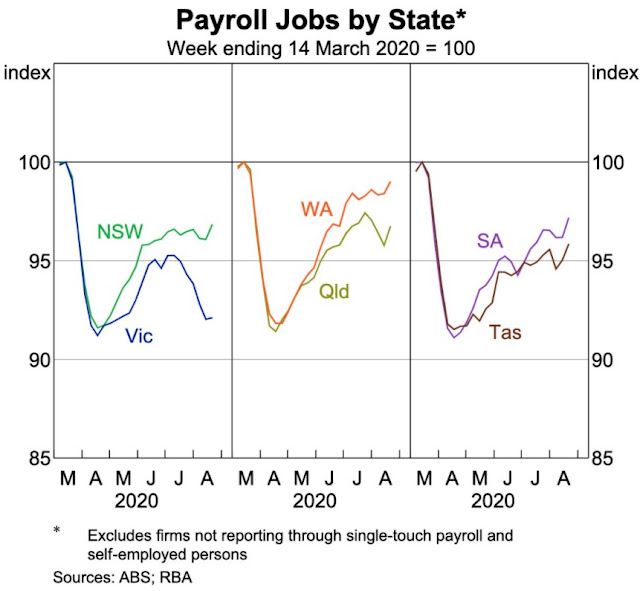 However, the payrolls recovery has stalled this week, and indeed it cannot really take hold until the Victorian economy sees restrictions broadly eased.

Separate analysis from UBS highlighted how small businesses have disproportionately felt the pain this year, and this is reflected in hiring figures relative to large businesses.

This has raised the prospect of a potential further reduction of interest rates, as discussed today by the RBA’s Guy Debelle. 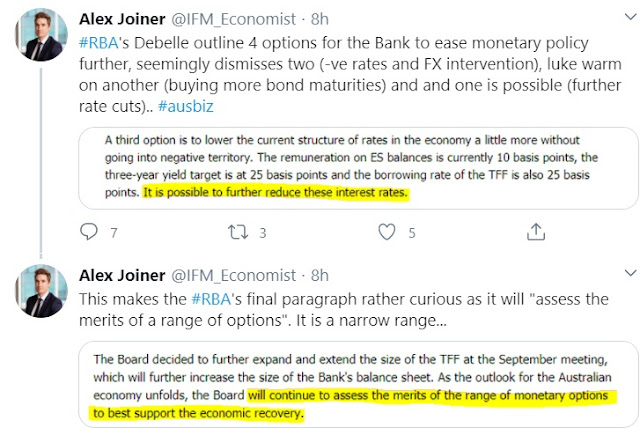 The RBA has now expanded its balance sheet significantly, almost doubling from from $170 billion in February to $300 billion, through its various policy measures. with a further 'decently large' expansion to come. 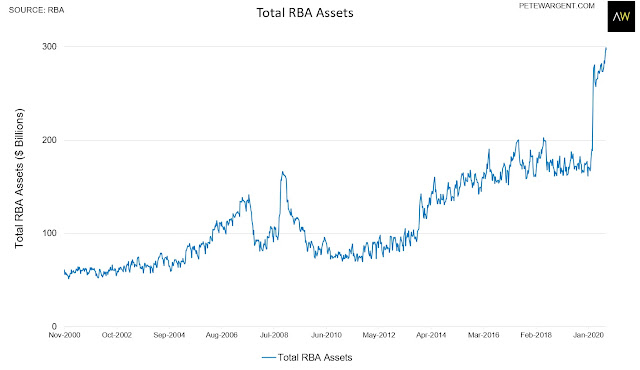 In the money markets swap rates are now at record lows. 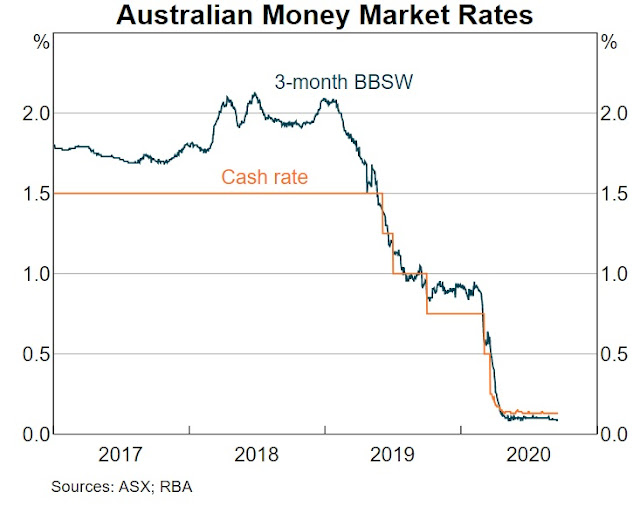 Banks are now allowing their offshore funding to roll off, which has reduced the share of offshore bonds funding, and this has been replaced by take-up of the cheaper Term Funding Facility (TFF). 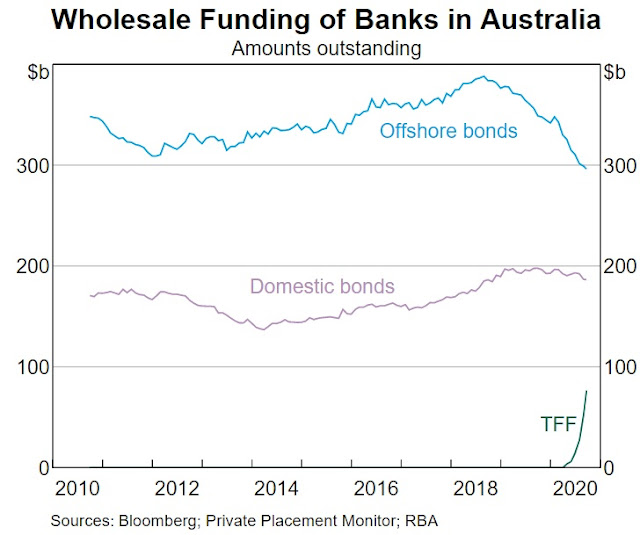 It's interesting to note that the Chinese economy has come surging back from its 10 percent decline in the March 2020 quarter, to the extent that its output is now greater than it was at the end of 2019, as targeted stimulus measures have successfully bolstered production. 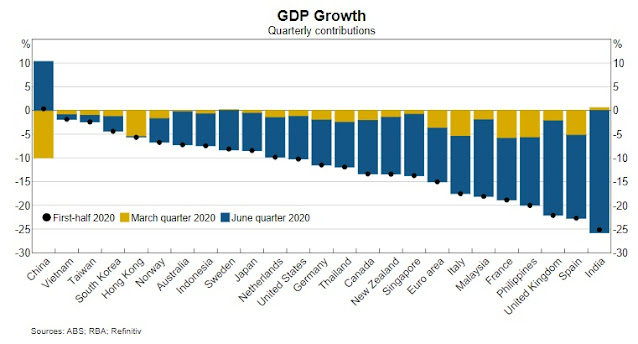 Australia has gone down a different route, focusing instead on income support, to the extent that household income actually increased over the previous quarter, which is a very unusual outcome for a recession.

This was driven by a range of factors including lower interest rates, super withdrawals, mortgage and rent deferrals, and all of the various government stimulus measures (including JobKeeper payments, and JobSeeker).

No wonder them Harvey Norman shares have come roaring back!