[Podcast] The Big Picture, economic and property trends you must understand – December 2021| With Pete Wargent

Australia’s economy and our property markets don’t operate in isolation, so I believe it’s good to regularly have a look at the big picture, the macroeconomic factors affecting not just Australia’s economy, but the world economy to help us understand what’s ahead for us, and I do this once a month in these Big Picture Podcasts with Pete Wargent.

Since this will be our last Big Picture podcast for the year Peter and I will give a short review of what happened over the last year and our thoughts on what’s ahead for the world economy, Australia’s economy, and our property markets.

Economic and property trends you must understand

As I look back, 2021 the year seems to have gone quickly for me, even though I know for a lot of people it has been a slow and difficult year.

It’s been a great year for my business at Metropole where we help more people are ever secure their financial future through independent wealth and property advice and advocacy and its been the best year in my memory for the growth of my property portfolio, and I know for most people who owned property it’s been a very good year also.

Yet I recognize that some people have experienced tough times related to their health, their business, or finances.

And I’m not saying that flippantly – in most cases this was totally out of your control and it just doesn’t seem fair does it?

So what’s ahead for us?

That’s one of the many topics I’m keen to discuss in this month’s Big Picture with economic analyst Pete Wargent.

“In general, the economies of most of the world are going to perform well next year, aren’t they? So we’re not operating in isolation.” – Michael Yardney

“You’re a migrant, I’m a migrant, in fact, most Australians are, and if it’s controlled, if it brings in skilled people who are going to pay taxes and buy goods, then that’s actually good for the economy.” – Michael Yardney

“I’m not sure that a rise of 1% is going to be enough to put people into mortgage stress, especially if it’s done slowly, over a period of time.” – Michael Yardney 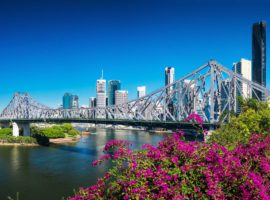