[Podcast] Robert Kiyosaki Interview – Do what the 99% are not doing!

When Robert’s team reached out to me and asked me if I’d like to have him as a guest, I jumped at the opportunity, because I heard that he’s got a message that he wanted to share with Australians about the challenges for our economy ahead, and the opportunities on the other side of the downturn.

Now, I don’t agree with everything he has to say, but I respect that he’s taught millions of people about the basics of financial literacy, so I was keen to hear his opinions.

You’re going to enjoy the conversation as we talk a bit about his basic financial concepts before we get into deeper topics.

Although I don’t agree with everything Robert says, I thought I’d give him the courtesy of the airtime he deserves, then after my chat with him, I’m going to share my views.

So, be sure to listen to both sides of the discussion, and then you’ll be able to use that to inform your own views.

Topics that Robert and I discussed:

In previous podcasts, I’ve explained why Australian real estate is different from overseas, but many overseas gurus just don’t get it.

In Australia, property markets are underpinned by the fact that 70% of properties are owned by homeowners, and half of them don’t even have a mortgage against their properties.

Of the other half, many are well ahead in their payments, while others are using their mortgage to support the purchase of investment properties that bring cash in.

This is very different to overseas.

Australia really doesn’t have a debt problem – at least, not when it comes to real estate assets.

Robert also suggests that your home is not an asset – meaning that it doesn’t bring money in, only expenses going out, so it’s a liability.

And if you accept his definition of an asset, he’s right.

I believe a million dollars is an asset if you have it sitting in a bank, or even if you take it out and put it under your mattress.

It’s an asset even with no cashflow.

Robert is a cashflow investor, and that’s what’s appropriate for the tax rules and the system in the United States, but it has not made people wealthy in Australia.

There are four ways to make money on residential real estate in Australia:

The most important of those is tax-free capital growth.

Unfortunately, too many people look for cashflow from their residential real estate investment, and that’s just not how it works in Australia.

Similarly, Robert’s concerns about our superannuation funds not being fully funded are just not accurate.

The average superannuation fund that you and I are part of are fully funded.

There’s no doubt that Australia’s economy, and that of most countries in the world, will experience a recession.

But currently, a combination of monetary and fiscal policies should see us start to rebound in the third or fourth quarter of this year.

Robert an innovative thinker and an expert in personal finance, but he’s not an economist.

We have some very astute economists employed by our banks, by the Reserve Bank of Australia, by the International Monetary Fund, and they all see a difficult six months ahead, but nowhere near as negative as the naysayers grabbing headlines at the moment.

“I wouldn’t invest the way the way I invest in Australia in New Zealand, where the rules are very different, or in the United States.” – Michael Yardney

“I’m not suggesting that there’s a bubble in Australia, and I think those who think there are, are probably wrong.” – Michael Yardney

“In Australia, residential real estate’s a high-growth, relatively low-yield investment, and to try and make it something different just bastardizes it.” – Michael Yardney 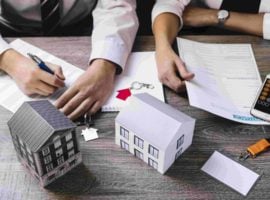 Aside from housing affordability, does Australia have a housing equality problem?

'[Podcast] Robert Kiyosaki Interview – Do what the 99% are not doing!' have 5 comments