Be careful… a new wave of sub standard 1 bedroom apartments is set to catch some investors out. 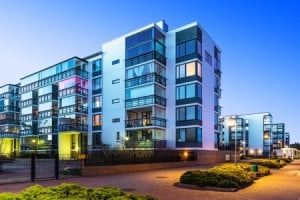 Whether or not property investors should consider adding a one bedroom apartment to their portfolio is not just a question of demographics and demand these days – in other words, whether a market exists for smaller properties – but also whether you’ll be able to finance the asset.

Lenders are increasingly cautious as a veritable deluge of new one bedroom apartment stock is on the brink of saturating the Sydney, Brisbane and Melbourne CBD property markets.

Australia’s recent property ‘boom’ has encouraged cashed up local and international developers to build relatively ‘cheap’ generic high rise apartment buildings, and then spruik them to punters as off the plan property investments.

‘Micro apartments’ are popping up at a rabbit-like rate in vertical monoliths across our major city skylines; with some projects marketed specifically as student or furnished corporate accommodation, where the promise of ‘guaranteed rent returns’ is used to entice novice investors.

But the banks are wary

Lenders are getting nervous about the sheer volume of smaller, high-rise apartment stock (particularly anything purpose built) being targeted at investors and in particular, those wanting to acquire assets within self managed super funds.

Anything under 40 square metres is generally a no-go zone for wary lenders, who know the unfavourable resale prospects for such restrictive accommodation in terms of liveability (for tenants or owner occupiers), make this a risky prospect to take on as security over a mortgage.

Then there’s the likelihood that your valuation on settlement will come in lower than the original purchase price, giving lenders yet another reason to decline finance on such a deal.

Adding to the problem are a number of accountants and financial planners, especially those who ‘specialise’ in self managed super funds, who get paid generous commissions (sometimes as much as $30,000 per client) to on-sell developer’s apartment stock.

These less than scrupulous ‘professionals’ target unsuspecting investors who believe they’re being given ‘advice’, when really they’re just getting a cleverly dressed up sales pitch.

By now you’re probably thinking that investing in anything with less than two bedrooms is not even an option.

This could be confusing for some as I’ve written about why apartments make great investments and about the increasing number of downsizing baby boomers and young professional singles and couples, who want low maintenance, compact inner city homes these days.

The facts is, a one bedroom apartment can be a smart investment so long as, like with any other property, it meets certain parameters to ensure long term potential for exceptional capital growth.

Of course you need to be able to finance your purchase as well, so never look at anything less than 50 square metres in size.

I know I said 40 was the banks’ no-go zone, but between 40 and 50 is a grey area you’re better off staying well away from.

Adding to this problematic ‘grey area’ is the ongoing dispute between developers and their sales agents and surveyors, who have vastly different ideas about where you measure to determine an apartment’s size.

The former like to use external perimeter walls to make their product seem bigger in those glossy marketing brochures, whereas the latter (and the lenders they work for) staunchly measure from inside the premises.

You can see how this distinction could cause the finance process to get very messy indeed.

So what makes for a good ‘smaller’ apartment investment? 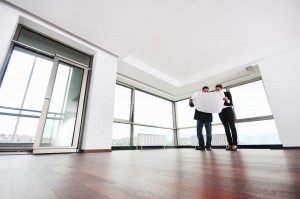 Let me be clear…I do like apartments as investment properties.

Look for something in a sought after inner suburban neighbourhood rather than smack bang in the middle of the CBD.

Generally people want to be near the action and their employment, but not sleeping on the doorstep of their corporate office tower.

As far as amenity goes, you want an apartment with a minimum area of 50 plus square metres (internally) and at least one or two bedrooms that has:

With regard to the last point, I tend to steer clients who are after an apartment investment toward smaller, boutique buildings, avoiding high-rise generic stock like the plague. 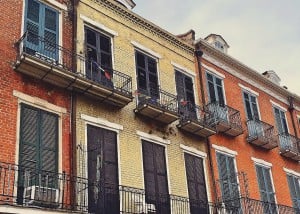 Apartments built in the sixties, seventies or and eighties in need of cosmetic improvements or updated kitchens and bathrooms are often great little finds, because they tend to be roomier, with better flexibility around layout.

Of course you also have the capacity to manufacture capital growth by undertaking small refurbishments, as well as increasing your rental returns.

I guess the take home message is not to discount apartments as an investment choice, but to be very selective about what you’re purchasing, where it’s located and who is selling it to you; keeping in mind the goal is to acquire an exceptional asset, not a property investment lemon. 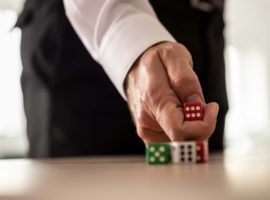 'One bedroom or two? When it comes to apartments, size does matter' have no comments