No end in sight to rising fixed interest rates

Three of the big four banks have hiked fixed rates again, as the cost of fixed-rate funding continues to surge north.

This is the fourth time CBA has hiked fixed rates this year.

Westpac has hiked for the second time in a week, after increasing fixed rates on 7 April.

Today’s move from Westpac sees its 1 year fixed rate for owner occupiers paying principal and interest by -0.45% and -0.40% for investors.

ANZ latest changes sees its owner occupied and investment rates rise by up to 0.60%, with the sharpest increase being to its 2 year fixed terms.

Source: RateCity.com.au. Note: Above rates are for owner-occupiers paying principal and interest on a package rate.

Source: RateCity.com.au. Note: Above rates are for owner-occupiers paying principal and interest.

RateCity.com.au research director, Sally Tindall, said there was no clear end in sight for fixed-rate hikes.

“The fixed rate hikes have picked up again in pace and severity.

It’s hard to see many customers rushing to lock in a rate well above 4 per cent when there is still significant uncertainty around how high Australia’s cash rate will go.

Already we’ve seen the percentage of new fixed lending nosedive to 28 per cent.

These hikes are likely to continue to push more borrowers back to variable rates when their fixed term ends.

The majority of big four bank rates now start with a ‘4’. It’s crazy to think that just 12 months ago, Australia’s three largest lenders were offering fixed-rate options starting with a ‘1’.

NAB is now the only big four bank offering a 3-year rate under 4 per cent, however, it’s unlikely to last beyond the month.” 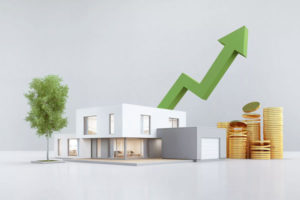 “Mortgage holders should be readying their home loan for the upcoming interest rate hikes by making additional repayments and placing extra money in their offset account.

This will soften the blow of a rate rise and an increase to monthly repayments.”

Making extra repayments is one way to prepare for rate rises, another is getting into a lower rate loan. The average variable rate is sitting at 2.89 percent.

There are currently 117 variable rate loans below 2.39 percent, which would provide a buffer of two cash rate increases of 0.25 percent.

Borrowers need to make it easy on themselves, first talk to the lender to see if they can do a better deal.

Most are offering sharper rates for new customers.

If a lender won't come to the party, hop online, research and compare, and vote with your feet.

We only need to look across the ditch to see how quickly things can change with the Reserve Bank of New Zealand announcing yesterday its second cash rate increase in 2022 and fourth since October 2021.”

Let's see how much they rise first?

Is there any sign of when we may be able to expect interest rates to begin to fall?