While 500 million people have moved from rural China into modern cities, a study by Richard Easterlin, a professor of economics at the University of Southern California and the author of “Happiness, Growth and the Life Cycle” shows that there is no evidence that the Chinese people are, on average, any happier.

If anything, according to an article in the New York Times, they are less satisfied than in 1990, and the burden of decreasing satisfaction has fallen hardest on the bottom third of the population in wealth.

Satisfaction among Chinese in even the upper third has risen only moderately.

What were the findings? 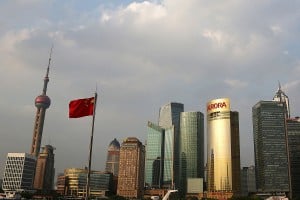 Starting in 1990, as China moved from socialism to a free-market economy, real per-capita consumption and gross domestic product doubled, then doubled again.

Most households now have at least one colour TV and many have refrigerators and washing machines.

In the studies conducted by Professor Easterlin participants were asked about their satisfaction with life as a whole and he was startled to find that Chinese people’s feelings of well-being have declined in a period of such momentous improvement in their economic lives.

After all, most of us would assume that a fourfold increase in a people’s material living standard would make them considerably happier.

Life satisfaction during this period among urban Chinese, despite their much lower levels of income, was almost as high as in the developed world.

The transition to a more private economy in the 1990s abruptly overturned the iron rice bowl.

Hundreds of thousands of Chinese who worked at inefficient and unprofitable state companies were laid off.

The loss of jobs also meant the loss of the employer-provided safety net.

Worries about job security are reflected in feelings of financial satisfaction.

At the same time more Chinese were reporting that their health deteriorated.

China’s transition has been similar in several respects to the transitions of countries in Central and Eastern Europe.

In almost all countries, life satisfaction initially declined and then recovered to numbers somewhat below pre-transition levels.

What can we learn from China’s transition? 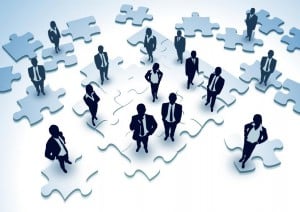 Certainly not that China should return to socialism and the gross inefficiencies of central planning according to Professor Easterlin.

What it does show is that its market transition has given birth to increasing concerns among everyday Chinese about such matters as finding and holding a job, the availability of reliable and affordable health care, and provision for children and the elderly.

To its credit, the Chinese government has taken some steps in recent years to broaden and improve unemployment and pension benefits, as well as to upgrade the health care system.

But the safety net remains in need of substantial repair.

These finding don’t surprise me.

While many of us strive for more money thinking it will make us happier, that is rarely the case.

To be truly wealthy you need a lot more than money…

You need your health, family and friends that love and appreciate you and the time to enjoy life.

In my mind you also need spirituality and the ability to give back and contribute to the community to be truly wealthy.

So having a big television, washing machine or fancy appliances won’t necessarily make you happier.

However I remember someone once telling me it was much better to turn up to your troubles in a Mercedes than a Hyundai.