House prices increased to a new historical high in January driven by ongoing positive home buyer and developer sentiment, particularly in the Sydney and Melbourne markets.

While house price growth was driven by solid increases in Sydney and Melbourne, house prices in Adelaide and Hobart were lower in the month. Darwin house prices also posted a monthly gain while prices were largely unchanged in Brisbane, Perth and Canberra.

While the headline reading is strong, overall housing market performance varied substantially between the capital cities.

The largest cities, which have more influence over the combined capital city index due to the high number of dwellings, continued to push the aggregate index higher.

Melbourne property values were up 2.7 per cent over the month and Sydney property values increased by 1.4 per cent. Hobart also recorded a strong monthly result with dwelling values up 1.6 per cent. 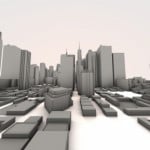 Three capital cities recorded a decline in dwelling values over the month, with Darwin values down 1.3 per cent, Adelaide recorded a 1.2 per cent decline, whilst Perth values were down 0.6 per cent over the month.

The quarterly change revealed a clearer picture for housing market conditions, with the combined capitals index recording a 1.9 per cent gain over the three months ending January.

While Sydney continued to be the standout for capital gains, the most significant increase in dwelling values over the past three months was recorded in Hobart where dwelling values moved 4.4 per cent higher, eclipsing the 2.4 per cent capital gain in Sydney, which was the second highest quarterly reading across the capitals.

According to CoreLogic RP Data Head of Research Tim Lawless, having Hobart produce the strongest results over the past quarter is certainly a unique occurrence.

“Generally, Hobart has recorded the lowest rate of capital gain since the onset of the GFC, however housing market conditions have been improving.

Local economic conditions have been improving and Hobart homes are the most affordable of any capital city. Additionally the market is benefitting from the return of ‘lifestyle buyers’. After Darwin, the southernmost capital is also showing the second highest gross rental yields of any other capital city.”

Despite Hobart’s strong quarterly capital gain, Sydney still holds as the city with the highest rate of capital gain over the past twelve months where dwelling values are currently 13 per cent higher.

Sydney has also shown the highest aggregated capital growth of any capital city in the years after the GFC.

Mr Lawless commented that since the beginning of 2009, Sydney has been a stand out housing market.

From January 2009 through to January 2015 Sydney home values have increased by 57 per cent. The second highest rate of growth over the same period has been in Melbourne where values are 50 per cent higher.

There is a significant gap between the next best performers over the same six year period.

Darwin has seen less than half the level of growth at 24 per cent, followed by Canberra at 18 per cent and Perth at 17 per cent total growth” Mr Lawless said. According to Mr Lawless, despite the strong start to the year, there is evidence that some heat is leaving the housing market.

“In a sign that housing market conditions are gradually cooling, the rolling annual rate of capital gain has been trending lower. At the end of January the annual rate of dwelling value growth across the combined capitals index had slowed to 8.0 per cent, down from the early 2014 peak of 11.5 per cent. The gradual slowdown is spread broadly with all capital cities currently recording a slower annual rate of appreciation compared with recent peaks.
This slower rate of appreciation should provide some comfort to regulators that housing demand is starting to taper, despite the historically low interest rate environment.
Diminishing affordability levels are likely blocking many price sensitive buyers such as first time buyers and low income families from the market. Additionally, lower rental yields and the prospect of tighter lending conditions for investment loans is likely to moderate the investor segment of the market as well.”

Houses and units showed an equal rate of capital gain over the month, however the longer trend is clearly showing detached housing to be the stronger performer for capital growth.

Across the combined capitals index, detached housing values were 8.2 per cent higher over the past twelve months, compared with a 6.2 per cent capital gain for unit values. 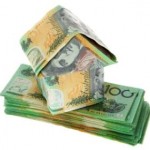 According to Mr Lawless, the lower rate of capital gain across the apartment market coincides with higher supply levels across the medium to high density housing sector.

Based on recent ABS data, apartment approvals reached an all-time high in November, which, according to Mr Lawless, is possibly keeping a lid on capital gains across the multi-unit sector of the market. Detached housing values are being driven higher by scarcity of land and lower supply levels. 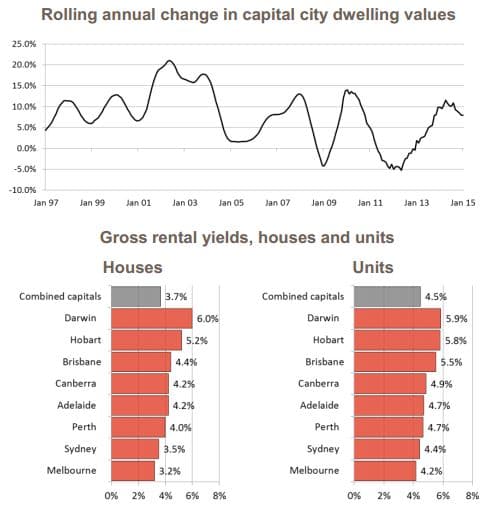 With dwelling values rising at nearly five times the pace of rents, we are seeing a consistent deterioration in rental yields.

A typical Melbourne house is now showing a gross yield of just 3.2 per cent, which is the lowest of any capital city. Sydney isn’t far behind with houses providing an average gross yield of 3.5 per cent.

According to Mr Lawless, the stubbornly strong housing market conditions are likely to be part of the debate at the Reserve Bank’s February board meeting tomorrow.

“Lower interest rates could potentially add further fuel to the housing market, particularly the investor segment, which continues to remain strong based on recent data. The recently released RBA credit aggregates showed investor loan commitments rose by just over 10 per cent last year which is above the threshold that APRA (The Australian Prudential Regulation Authority), indicated they would be comfortable with.” 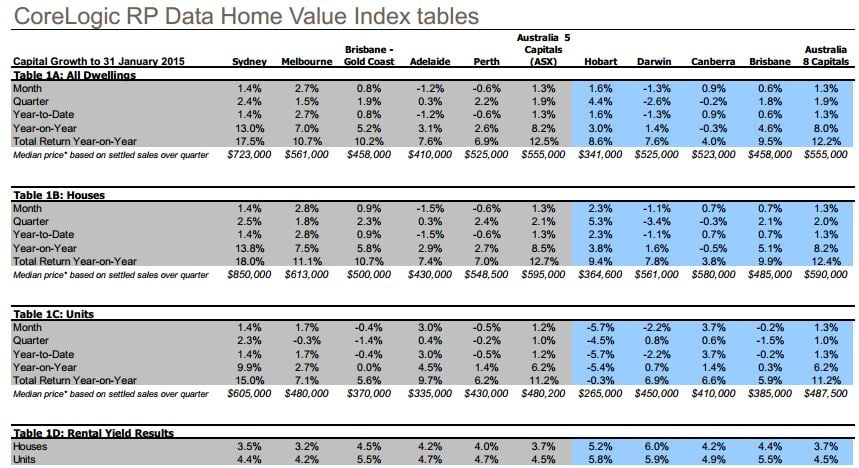 'Melbourne and Sydney widen the property gap' have no comments