Melbourne is set to become Australia’s largest city by the 2030′s and that’s not that far off.

What is behind this prediction?

Well the simple fact that Melbourne offers something that Sydney cannot – access to affordable housing on the urban fringe.

Historically, this is the highest population growth Melbourne has ever experienced.

Melbourne planned for growth from the Kennett years resulting in the formation of a plan for five million residents at 2030.

If present rates were to continue, Melbourne, as I said earlier, would replace Sydney as Australia’s largest city at some point in the 2030s.

Just because Melbourne’s population is going to grow significantly, that doesn’t mean all properties will increase in value equally – in fact they won’t.

Melbourne’s population growth at the city fringes will lead to infrastructure and transport problems, making properties in the inner and middle ring suburbs close to transport even more appealing.

Meanwhile – Melbourne is headed for problems in another area – litigation over leaky buildings is on the rise over the last 12 months, particularly in Melbourne and Canberra.

Problems seem to be around leaky balconies, planter boxes or leaks emanating from common property.

Leaky building claims are very costly as water damage and water penetration can be very destructive. 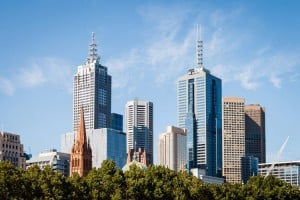 Australia has not experienced leaky building syndrome to the extent that it has occurred in New Zealand over the last two decades where it has culminated in many billions of dollars worth of damage to buildings and impacting as many as 42,000 dwellings in New Zealand.

It seems the large percentage of claims in Australia surround multi-unit apartment blocks.

The most sinister aspect of water damage is not the immense cost surrounding diagnosis, litigation and ultimately correction; but the potential for the growth of toxic mould.

This is something we need to watch carefully.