Financial success or independence may be a goal for many Australians, but few actually achieve it. 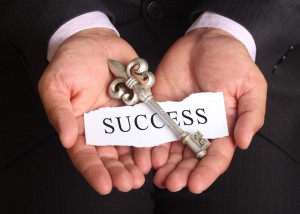 To start off with, many people don’t understand the financial basics that can help them move them from being a wage-earner for 45 years of their lives to retiring many years earlier – if they choose too.

Now I’ve chosen to keep working long after I financially needed to.

I now work because I enjoy it – not for the money, even though by enjoying the work I do the money keeps flowing in.

It also allows me more opportunities to give back via various charities as well as helping my family.

The thing is becoming financially free doesn’t need to be a pipe-dream.

And the easiest way to start is by following these four secrets of financial success.

1. Income is not wealth

One of the biggest misconceptions out there is that a high income means that someone is wealthy.

That is simply not true.

In my experience, many high paid professions are very good at spending every single cent – and more on credit – than they make.

They splurge on the latest mod-cons, the hottest overseas holiday destinations as well as expensive car upgrades.

At the end of every month, these highly paid individuals are often left with little in their bank account – just like many people who are on the lowest incomes.

I’ve said it before, being wealthy means different things to different people.

But whatever the definition you use, one basic requirement is the need to build a substantial asset base – such as income-producing investment grade properties.

Many Australians save for a rainy day, which is a good thing as long as they don’t overdo it.

I’ve often recommended that people have a financial buffer that will see them through three or six months if they lost their job or became unwell.

The problem is that too many people keep saving without any intention of doing anything with that money except keeping it in their bank account – earning an embarrassingly low interest rate.

What’s the point in that?

One of the other keys to financial success is to save to invest so you can grow your wealth through the accumulation of assets.

Most people need to save to afford the deposit for their first investment property.

After that first property it becomes easier because of the ability to use equity in your properties as a deposit for the next one.

The caveat, of course, is that you must choose the correct properties to start off with.

3. Taxes can be cruel or kind

There is no way that you can avoid paying tax altogether.

While legal tax minimisation is a strategy that most wealthy people employ, that doesn’t meant that they’re trying to get out of paying it altogether.

Instead, they have invested in professional advice to ensure that their taxable income is reflective of the various deductions which they are legally entitled to claim.

And by reducing their tax bill every year, they’re able to use that money to invest in other assets, which will grow their wealth faster. 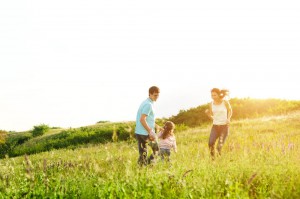 In fact, it usually takes decades.

And there is nothing wrong with that.

Did you know that Warren Buffett didn’t make his first $1 billion until he was 60 years old?

Today, however, he is worth $81 billion – that is the power of compounding in action right there.

So, if your portfolio is going to take at least 10 or 20 years to turn into a cash machine for you, why would you not continue to live joyfully every day?

Now I don’t mean living extravagantly, but getting rich does take time.

So you might as well enjoy yourself as much as possible during the years that it takes to happen.

Financial success is within the grasp of everyone if they’re truly committed to the idea.

Whether you’re a high or low income earner, there are strategies that can improve your financial situation significantly.

You’ve just have to believe that you can change your financial destiny.

Then instigate the necessary steps to make that dream a reality.

'The four secrets of financial success' have no comments