Lending confusion an opportunity for investors

Mixed messages from lenders are creating opportunities for cash-up investors looking to the long term. 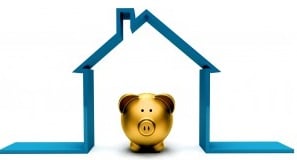 While some lenders are increasing interest rates, others are discounting them and offering cashback incentives.

Adding to the confusion is NAB’s decision to place their rates on hold which is completely at odds with the other three major banks which have increased theirs.

All these mixed messages are actually creating a good opportunity for cash-up buyers who have at least 20 per cent deposit, steady employment, no issues with credit history and preferably live in a double income household.

This first is that interest rates are going up – at least this is the case for Westpac, CMB and ANZ which have all planned to increase their variable interest rates out of cycle alongside a number of smaller banks which have also done so or are planning to.

Out-of-cycle interest rate rises are not good for the property market and will impact investors.

While the banks are citing wholesale funding costs as the reason, the new Treasurer Josh Frydenberg has issued a ‘please explain’.

The second confusing message was that many non-bank lenders desperate to increase their market share were not only slashing rates but offering all kinds of incentives to borrowers such as cashback deals as high as $3000.

The third anomaly, was that NAB had kept its mortgage rates on hold to also increase their market share.

Of course, we don’t know how long they will do so given it means they will have to bear the cost of wholesale funding.

Meanwhile, while we are seeing good economic growth, growing at its fastest pace since 2012, there is still no scope for the RBA to increase interest rates in the next 12-18 months.

This means non-bank lenders are using incentives to attract customers to increase their market share but it’s important to shop around.

This is a great opportunity for home buyers who are prepared to do so.

Of course, savvy investors can take advantage of the situation as the market has cooled and sentiment is not as strong as it was.

Low-risk borrowers can exploit this confusion in the property market especially as sites like RateCity can provide them with the lowest interest rates available.

Lenders are the market makers and have a major impact but buyers who think about the long term and are in a financial position that enables them to negotiate home loans can definitely benefit from the current climate.

First home buyer activity was growing and those planning to purchase a property should be more aggressive to not only buy well in the current market but also get a very competitive interest rate.

However, as the top quartile of the market was also more sensitive and experiencing price reductions, it was a good time for upgraders to take advantage of the situation to get the best deal.