Australia’s history is one of immigration.

Many came, ironically given the current political debate, by boats.

As the debate over illegal immigration swirls, it’s maybe timely to remind ourselves how we all got here in the first place.

Before anyone gets a head of steam up, you shouldn’t take this opinion piece as any sort of endorsement of illegal immigration, nor am I naïve enough to think that being ‘soft’ on the current illegal immigration issue will do anything to solve the human crisis of people drowning at sea.

Nor will it deal with the criminals who put them there.

But given I technically arrived in this country by boat in 1975 from Hong Kong  (aboard the SS Chittral as I recall, since scrapped), I have something of a personal, as well as historical interest (I studied Australian history at University) in the topic of immigration.

The first immigrants to Australia, ancient history suggests, were what we now call Aboriginal Australians. 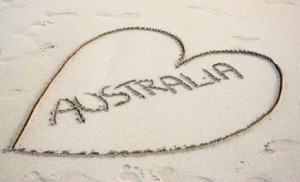 The evidence appears to say they arrived by boat or maybe by land bridge from what is now called Indonesia.

If some walked, they did so because the ice age lowered sea levels to the point this may have been possible but boats seem the most logical explanation.

The rising seas after the ice age made the passage more problematic so those who got here before that big melt, stayed largely uninterrupted.

No one was writing much of anything down back then, so we’ll never really know.

Safe to say it was a bloody long time ago.

The Dutch or Portuguese may have ‘found’ Australia before Cook, but Captain Cook gets the credit for landing here in 1770.

The black fellas argue to this day that the white fella arrived ‘illegally’ and took their land.

Terra nullis – the idea that Australia was unoccupied – was really a case of “to the victor the spoils.”

So along came the white fella, the boats, and the convicts, followed by free settlers.

Australia as we know it today with borders and government, was born.

News of the discovery of gold in the early 1800s in various parts of Australia spread quickly around the world. 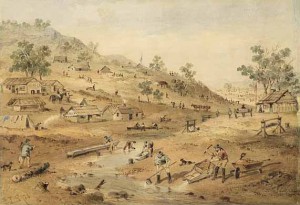 Border controls, not being what they are now, meant prospectors from all nations were keen to have a crack at the underground loot.

Americans, leaving the US gold fields, were among those arriving here in number but nothing like the Chinese immigrants who came in their droves.

Gold fields in Victoria, NSW and northern Queensland (around Cooktown) hosted very substantial populations of Chinese immigrants, who mainly weren’t all that welcome.

Some of the black fellas ate them (said of some raids around the Cooktown fields) while the white fellas detested their pigtail hair, opium dens and basically just the culture clash posed by the Chinese presence.

There were race riots in the late 1800s that made the Cronulla riots of recent history look tame by comparison.

But over time Australia started to get used to Chinese laundries and the many other benefits – material and cultural – brought by the Chinese and things started to settle down, at least as far as the Chinese were concerned.

The wogs, dagos, spics and others

World War One denuded Australia of a huge chunk of its working adult male population.

We limped through the aftermath, including the depression, only to find ourselves in World War Two.

The post war environment was one of rebuilding, and without sufficient labour and with huge volumes of allied European peoples whose lives were basically destroyed by the war looking for a new start, Australia opened its doors.

Italians, Greeks (Melbourne is still to this day said to be the second biggest Greek city in the world), Spanish, Egyptians (and including a healthy dose of more Poms) all arrived by boat to help settle and develop post war Australia.

The legendary Snowy Mountains scheme owes much to these immigrants.

Their customs (including their food) soon found their way into the Australian heart.

Another war, this one in Vietnam, didn’t end so well (do any of them?).

Vietnamese people looking to escape the intolerable injustices of the post fall-of-Saigon era, sought escape, and did so in their droves.

They also took to boats and for a time, Australia had its first modern era experience of illegal immigration in the late 1970s.

One famous illegal ‘boatperson’ (as they were called) is Ahn Do, now a popular comedian and recipient of ‘Young Australian of the Year.’

His book, “The Happiest Refugee” is a must-read account of his early life and struggles through to his love for his adopted country.

Many others also made their lives here and – after some initial race tensions  – largely found their way into the Australian culture, becoming a part of it in the process.

Food seems to have a big role in this, and before long, Vietnamese food was overtaking Chinese as the preferred dine in or take away option, and rivaling the pizza brought here by the Italians.

Fish and chips was by now a poor third or fourth. Or fifth.

And now the rest

Wars seem to be followed by waves of people wanting to settle here, and the troubles of the Middle East and Africa are no exception.

We’ve already accepted substantial numbers of legal immigrants from troubled African states like Somalia or Nigeria but we’re also prominently in the news now for trying to deal with an illegal trade in people, mainly from Afghanistan or other Indo-Sinai regions.

It’s a human tragedy and the solutions are not easy but we are a big country with a long history of immigrants, both legal and illegal, so no doubt it’s something we’ll deal with sensibly and humanely.

For what it’s worth, it’s my view that the majority of people so desperate to get here today will, just like the waves before them, only make us a better people.

It might, in the midst of this torrid debate we’re now having, be worth thinking about the words inscribed on the Statue of Liberty in New York harbour, past which literally millions of immigrants sailed on their boat laden arrival to the new world:

“Give me your tired, your poor,

The wretched refuse of your teeming shore.

Send these, the homeless, tempest-tost to me,

I lift my lamp beside the golden door!”

It didn’t do America any harm.

I think ultimately we’ll manage too.

PS: Maybe we already have our own version of the sentiments expressed in the poem inscribed on the base of the Statue of Liberty.

“We are one, but we are many

And from all the lands on earth we come

We share a dream and sing with one voice:

I am, you are, we are Australian.”

It was written in 1987 by Bruce Woodley of The Seekers and Dobe Newton of The Bushwackers.

You can get all patriotic and watch it on line here.

For my money, it ought to be our National Anthem. And no mention of being ‘girt’ by sea either.

Ross Elliott has spent close to 30 years in real estate and property roles, including as a State Executive Director and Chief Operating Officer of the Property Council of Australia, as well a national executive director of the Residential Development Council. He has authored and edited a large number of research and policy papers and spoken at numerous conferences and industry events.Visit www.rosselliott.com.au 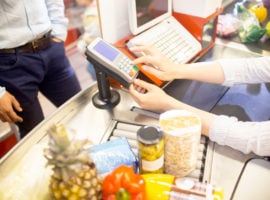 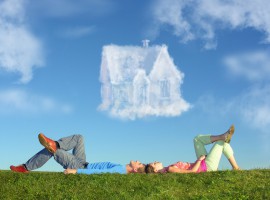 3 Good Reasons To Start Investing At A Young Age