This month, the ABS posted a 2.2% annual increase in the Australian wage price index (WPI). 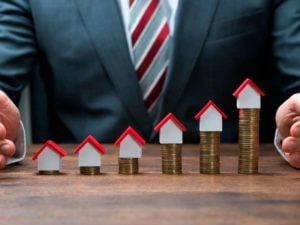 The 2.2% uplift represents wages growth getting back to pre-pandemic levels and is just shy of the decade average growth of 2.4%.

Comparing the WPI with property values for the past two decades shows that nominal dwelling value growth has vastly outstripped the total change in wages and salaries.

This has been further exacerbated by the recent upswing in national housing values, which has seen Australian dwelling values rise 22.0% in the past 13 months. 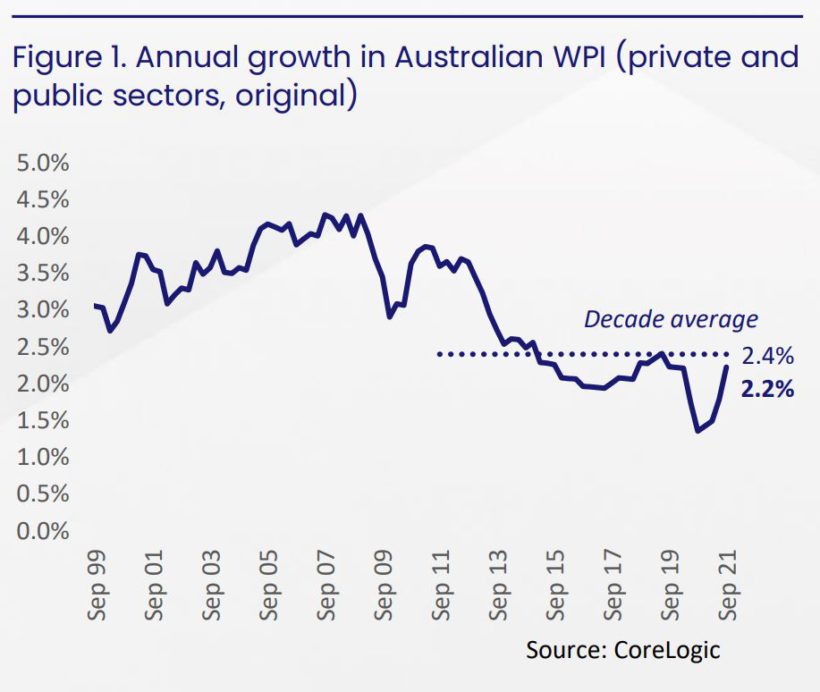 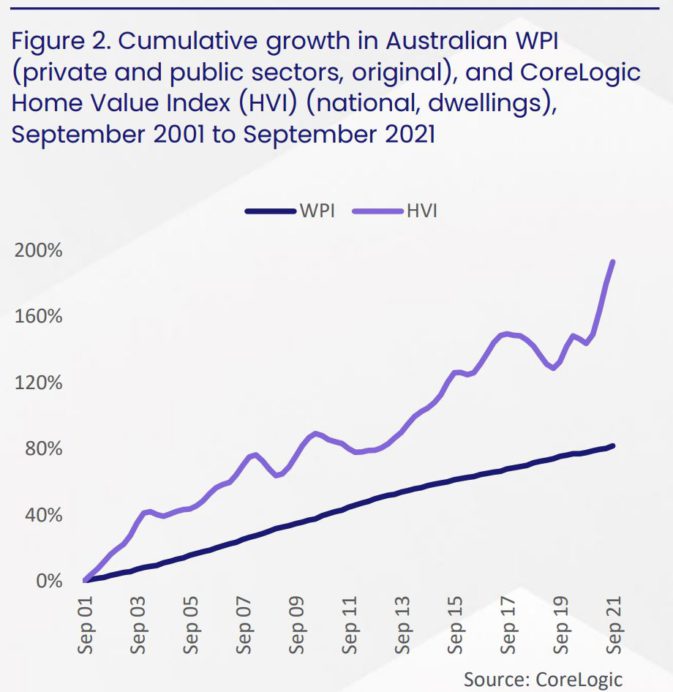 The difference in growth across wages and house prices is presented by state in figure 3.

The difference in growth rates is most exacerbated in Tasmania over the past two decades.

Property values across Tasmania have risen almost 300% in the past 20 years, compared to an 84% rise in the WPI.

The next largest gap in the 20 year growth rates were across the ACT, Victoria and NSW.

Wages and house price growth has been most comparable across the Northern Territory, which tends to have a well- compensated, transitory workforce across the resources sector.

In the past 20 years this has meant strong surges in wages amid periods of increased resources sector activity, but not as much permanent demand for housing across the territory.

Why the wage price index is a key indicator

There are several implications of relatively low wages growth relative to house prices.

Firstly, when house prices accelerate faster than incomes, it is harder to accumulate a housing deposit for a mortgage.

With wages increasing just 2.2% in the year to September, it is difficult for household savings to keep up with this kind of increase.

This tends to lead to less demand from first home buyers through periods of rapid property price increases.

Another important implication of high house prices relative to subdued wages growth is lower purchasing power when it comes to mortgage serviceability over time.

The portion of income paid to service housing debt has stayed relatively low and steady over time because of low mortgage rates.

However, low inflation and wages growth means that households cannot pay down their mortgage as easily or quickly.

This is particularly burdensome for relatively new mortgage holders, taking on long loans of 30 years, especially if mortgage rates rise.

Higher wages growth, which tends to coincide with higher levels of inflation, erodes the real value of mortgage debt, making it easier to pay off. 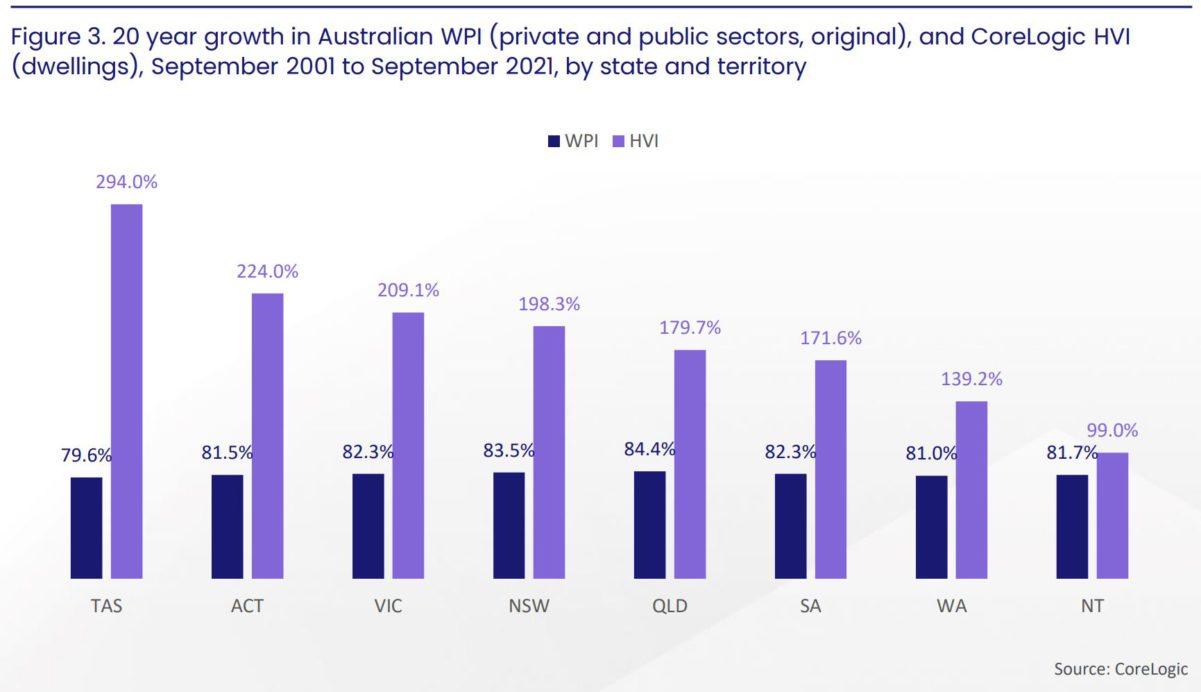 In the near term, wages growth will also be a key indicator to watch when it comes to movements in the trajectory of the housing cycle.

That is because movements in wages and inflation will influence the cash rate (a key determinant of mortgage rates).

The Reserve Bank governor suggested in a speech on Tuesday that annual wages growth could be a ‘guidepost’ for the kind of sustainable inflation needed to trigger a cash rate hike.

Governor Lowe alluded to an annual wage-price increase of 3.0% or more is required to maintain inflation between its target range of 2 and 3%.

A higher cash rate would likely put downward pressure on housing prices, but at this stage, the RBA maintains that this is unlikely for 2022.

If housing prices were to fall off the back of rising interest rates and in an environment of rising wages, new opportunities may occur for first home buyers to accumulate a higher deposit.

Recent homebuyers may take a hit to their equity levels, but would hopefully also have a greater capacity to service their mortgage through wage increases.

ALSO READ: A property year like no other – what’s been driving property price growth?

'How much has house price growth outstripped growth in wages?' have no comments