When the Hawke-Keating Government in 1991 announced the Better Cities program to revitalise previously run down (mostly inner city) areas, it was the New Farm–Teneriffe area identified by then Brisbane Lord Mayor Jim Soorley as one ripe for renewal.

He appointed Trevor Reddacliff to head an Urban Renewal Taskforce and a 20 plus year program of urban revitalisation was set in motion.

The transformation of the area from dilapidated industrial sites to high end housing is worth exploring because the lessons about transforming land uses are as relevant today as they were then. 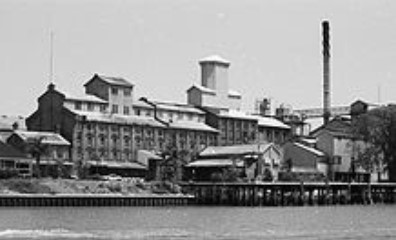 With the New Farm Powerhouse marking its 21st birthday since being transformed from industrial ruin to vibrant cultural centre, this is as good a time as any to do so.

First, let’s remind ourselves of what the New Farm peninsula was like when this all began in the mid 1990s.

There was a CSR industrial refinery at Lamington Street.

First built in the late 1800s for its river access (the river being the best mode of transport for bulk goods) it operated on this site until 1998, when the Urban Renewal Taskforce successfully convinced CSR to relocate operations.

Former Lord Mayor Jim Soorley tells the story that he threatened to blockade the access roads to the site if CSR didn’t see the light.

CSR ultimately sold the site to Mirvac, who initially proposed a series of 20 storey residential towers.

I can recall that period well, because as a newly minted Executive Director for the Property Council, it was my job to go into bat for Mirvac.

That meant taking a very cranky call one day from the then Lord Mayor, who thought such a proposal was akin to vandalism.

He – and Trevor from the Urban Renewal Taskforce – have been proven right of course.

Mirvac adjusted their scheme which became a much more sympathetic project ‘Cutters Landing.’

Parts of the old refinery building were converted into loft apartments and other elements recycled as public spaces. The New Farm Powerhouse in its power generation days

Next door was the old New Farm powerhouse.

This once generated electricity for Brisbane’s tram network and other uses.

It was abandoned and dilapidated, having been decommissioned since 1971.

Broken glass windows and graffiti typified the site, which was favoured by the homeless, street kids and drug addicts.

The Council at one stage planned to demolish the buildings and turn the area into parkland.

But the Council instead pushed ahead with an adaptive re-use plan which saw part of the structure (including the turbine rooms) converted into a public arts and theatre space.

Once again, a former industrial use – rendered redundant by the inevitable passage of time – found a new and more relevant life.

A more upmarket one too. Then there was almost the entire Teneriffe waterfront area, which was typified by disused wool stores and bulk grain facilities.

They had been located here in the early 1900s for the river access, so that barges and ships could dock and load or unload goods.

The river performed an industrial use, and buildings located near it for that very reason.

But by the 1990s, we had highways and freight rail and a new port at the mouth of the river, so like many land uses, its original purpose became redundant.

Instead of storing wool or grain, many of these buildings were being used as low-end retail markets or cheap storage space, until they too began a transformation into loft style apartments.

In the now highly fashionable James Street there was a similar industrial flavour. 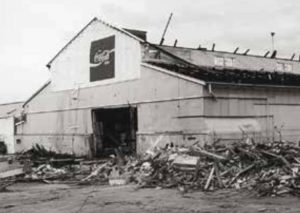 Coca Cola used to have a bottling factory there which – after being abandoned and falling into dereliction – was bought by Kevin Miller’s Property Solutions Group and redeveloped into Centro Place: a mixed use retail, entertainment and office precinct.

Other sites with former industrial uses were similarly acquired and converted into more logical uses with real market appetite.

Their industrial histories were no longer relevant to the needs of the day.

The once markedly industrial flavour of the James Street precinct had passed into disuse and was then revived with entirely different uses.

The same happened across much of the New Farm-Teneriffe-Newstead area, which went from being a run-down neighbourhood of semi-abandoned buildings, crime and poverty to becoming one of Queensland’s most upmarket communities.

In the mid 1990s, New Farm was rated as 21st in the league ladder of median house prices in Brisbane.

Today it is #1 with a median house price fast approaching $2million. 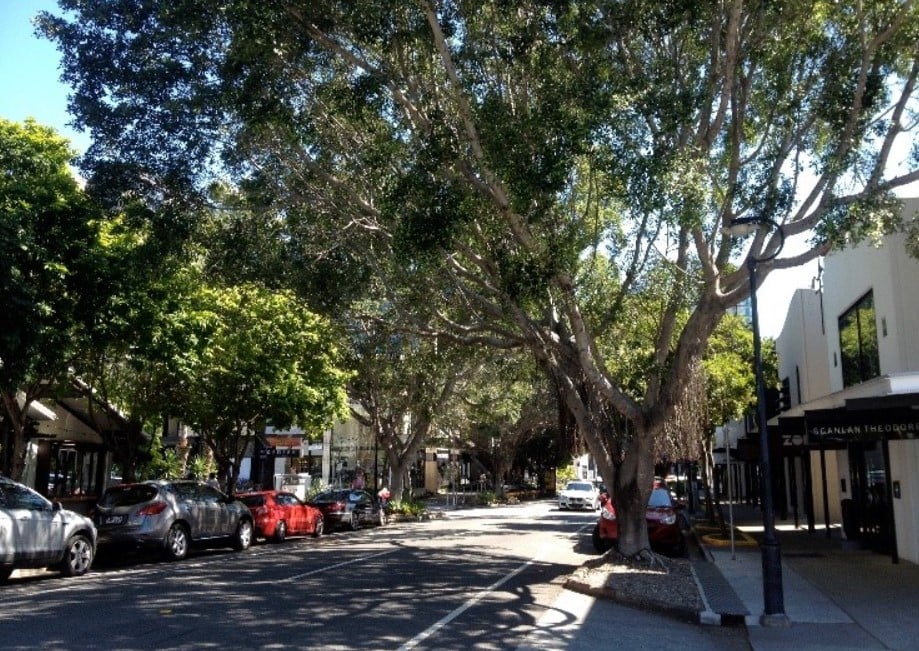 It now seems logical that refineries, power stations, bulk stores and bottling factories have no place in New Farm, but back then it required some vision and a lot of tenacity to overcome prevailing wisdoms.

Trevor Reddacliff – the story goes – once had to be physically pulled away from one particular developer who was digging his heels into the ground over a proposed redevelopment of a disused bus depot.

These things were worth fighting for.

It meant recognising that land uses that once suited society don’t necessarily continue to do so.

Things change. If we had preserved the industrial land uses of New Farm-Teneriffe hoping for some resurgent industrial activity to miraculously adapt itself into these buildings, we’d still be waiting.

They’ve moved on. It’s not as if ships still come sailing up the river looking for places to dock and load bulk goods, is it? 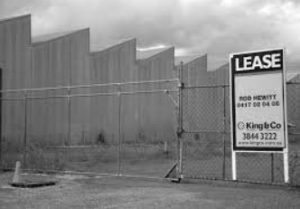 Today, that role is performed by B-doubles – and who wants them trundling around New Farm? They couldn’t fit the road network anyway.

Which brings us to many of the legacy industrial sites and precincts which are scattered across our city today.

These once made sense to the businesses that operated from them, and the buildings were suited to the nature of activity conducted inside.

In suburban Salisbury, we once manufactured munitions for World War II.

In Northgate we tinned pineapple and other fruits for retail consumption and export (and still do, but to a lesser extent).

In Moorooka we devoted an entire stretch of Ipswich Road to motor dealers, in what became known as ‘the Magic Mile.’

In Acacia Ridge, we once manufactured Holdens (the Gemini was produced here).

In almost every direction of the compass, you will find legacy industrial buildings and precincts which have simply outlived their usefulness.

Some have found a half-life as cheap storage – employing next to no one.

Others have very sad looking ‘For Lease’ signs which look as old as the buildings themselves.

In the same way we liberated the industrial land uses which used to dominate New Farm – Teneriffe, we have a similar opportunity to liberate legacy industrial sites across the city.

A more contemporary mix of uses, including housing, seems far more appropriate (and market viable) than preserving a land use that is well past its use by date for industrial and manufacturing uses that have either moved on, or disappeared entirely.

Holdens are not made in Brisbane anymore.

We also don’t make cars in Australia anymore. Let’s move with the times. 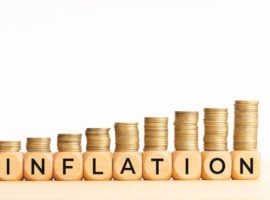 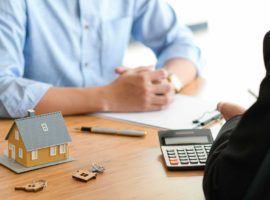 'How derelict became desirable: renewal lessons for today' have no comments