The most recent edition of Corelogic's Pain and Gain report analyses approximately 52,000 re-sale events over the June 2020 quarter to see who's made money on their property transaction and who has not.

The profitability in house and unit assets declined in the June quarter. 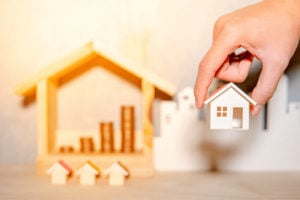 The portion of loss making sales in houses was 10.4%, up from 9.5% over the March quarter.

Unit profitability fell, with loss making sales reaching 20.7% in the June quarter, up from 19.8% over the three months to March.

The differential between loss making proportions across houses and units was 10.4 percentage points in the 3 months to June.

This was steady on the March quarter, as both house and unit profitability eroded 90 basis points.

The portion of loss making sales across houses and units nationally is shown below.

Proportion of total resales at a loss/gain, houses vs. units, June 2020 quarter

Over time, the profitability of the unit segment has been eroded relative to houses.

This is likely due to the relatively high volume of unit development that has taken place since 2013.

Since then, unit supply has gradually trended down, but it still elevated relative to decade averages.

As oncoming supply further dampens the unit segment during a time of low demand, this segment is particularly susceptible to continued declines in profitability.

Despite houses generally showing higher levels of profitability, the portion of loss making sales in houses reached a 7-year high in the June 2020 quarter.

Of the capital city markets, the highest portion of loss making unit sales was across Darwin, where 71.7% of units sold for less than the previous sale price.

This was across roughly 100 resale observations.

The median loss on units across Darwin was $155,000 in the June quarter.

Instead, Greater Sydney saw the highest volume of loss making unit sales, at 477 in the June quarter.

When assessing the data by more granular regions however, the Brisbane Council had the highest volume of loss making unit sales (312), followed by the Gold Coast (137).