The stringent government response to COVID-19 has undoubtedly placed the property market cycle at the cusp of another downswing.

So far, property value declines have been fairly mild. 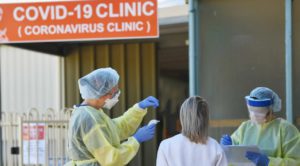 Nationally, the May home value index results show that the dwelling market declined just 0.4% over the month, and preliminary indicators for June are showing the rate of decline has gathered some momentum through the month.

However, the Australian housing market is not one market, but a collection of many.

Over the past few months, dwelling market performance has varied by region, in both a cyclical and structural way.

As per historic cycles, the most expensive parts of Sydney and Melbourne seem to be leading the current downswing.

Over the month of May, dwelling values in the top quartile of the Melbourne market (dwellings worth $959,500 or more) had fallen by 1.3%, compared with a 0.6% decline across the middle of the market, and a 0.3% decline in the lowest value quartile.

Across Sydney, the same period saw a decline in the highest market segment (where dwellings are worth over $1.35 million) of 0.6%, followed by a 0.4% decline across the middle of the market, and a slight increase in the lowest value segment of 0.1%.

The historic cycles across the upper, middle and lower market value tiers are presented below.

The graphs suggest the more expensive parts of the Sydney and Melbourne dwelling markets have higher levels of volatility, and are at times a ‘first mover’ when it comes to the direction of price change.

Research from the RBA asserts that more expensive property can be most reactive and volatile in responses to changes in the cash rate.

The performance of property markets amid COVID-19 suggest the high end of the market may also be more responsive to negative economic shocks.

Which markets have been most impacted by COVID-19?

The tables below show SA4 regions across the capital cities, ranked by the capital growth performance in dwelling markets from March to May.

Unsurprisingly, Melbourne’s inner city and eastern suburbs have seen the largest decline across the metropolitan region, and the past two months have seen a decline in values across some high end markets in Sydney, such as North Sydney, the Inner West and the Northern Beaches.

Perhaps more surprising is the continued decline in Mandurah, which had the largest slip in dwelling market values over the past two months. 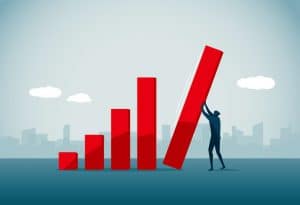 Mandurah dwelling values were 38% below their 2006 peak at the end of May this year.

The renewed downwards pressure comes just after the Perth dwelling market was starting to enjoy a long-awaited growth phase in the start of 2020.

Payroll data analysis from the ABS suggests that payroll job losses across Mandurah has been 6.0% between mid-march and the end of May.

This is not especially severe when it comes to job loss across Perth regions, nor would Mandurah have been particularly susceptible to a demand shock from a decline in overseas migration.

However, the decline in dwelling values is off the back of a longer-term downward trend, suggesting demand conditions were already fragile across the region.

The Perth – South East region on the other hand, where dwelling values have slipped -1.2% between March and May, has recently been almost entirely dependent on net overseas migration for new housing demand.

International border closures in response to COVID-19 may have created a significant demand shock which had interrupted a recovery in the Perth – South East region.

Prior to this, dwelling values in the area had seen four consecutive months of growth between December 2019 and March 2020. 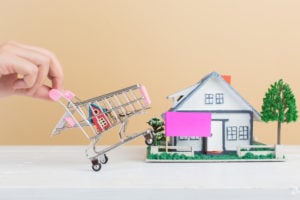 At a suburb level, the biggest price falls are more reflective of the historic cyclical trends, where the downturn is most prevalent in the high end of Sydney and Melbourne this far.

At this stage, sound analysis of the change in suburb-level dwelling markets is limited to areas where there are relatively high sales observations.

It appears that Malvern East, in the Melbourne metropolitan, has been the worst suburb-level performer between the end of March and the end of May across the capital cities, with total dwelling market values down -4.8%.

As the downturn progresses, we are likely to see continued declines in inner-city markets that had previously relied on international migration for new housing demand.

However, as the wider economic downturn drags on housing demand, mild price declines are likely to spread, resulting in a more broad-based downturn in the next 12 months. 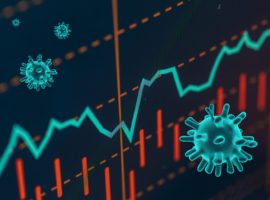 Why have the capital cities performed differently amid COVID-19? 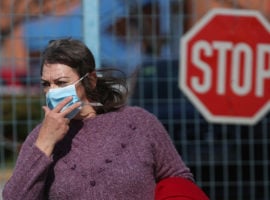 Victoria Stage 4 Lockdown – what does it mean for the Melbourne…