Chris Joye of Coolabah Capital put his neck on the line in predicting that housing values would either move sideways or drop by no more than 5 per cent from their peak, before resuming their cyclical boom in the second half of 2020. 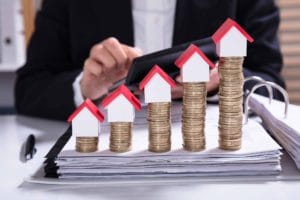 In April he’d have been heartened to see a rise in prices for Sydney and a number of other cities, albeit not in Melbourne, where there was some price discounting (especially in the upper price quartile).

A look back at the March 2020 lending finance figures partly helps to explain why prices have held up to date.

Total housing lending ex-refinancing was up only modestly on the month, but was some +17.5 per cent higher than a year earlier.

The solid result was driven by homebuyer lending (ex-refi), which was +22.5 per cent higher year-on-year. 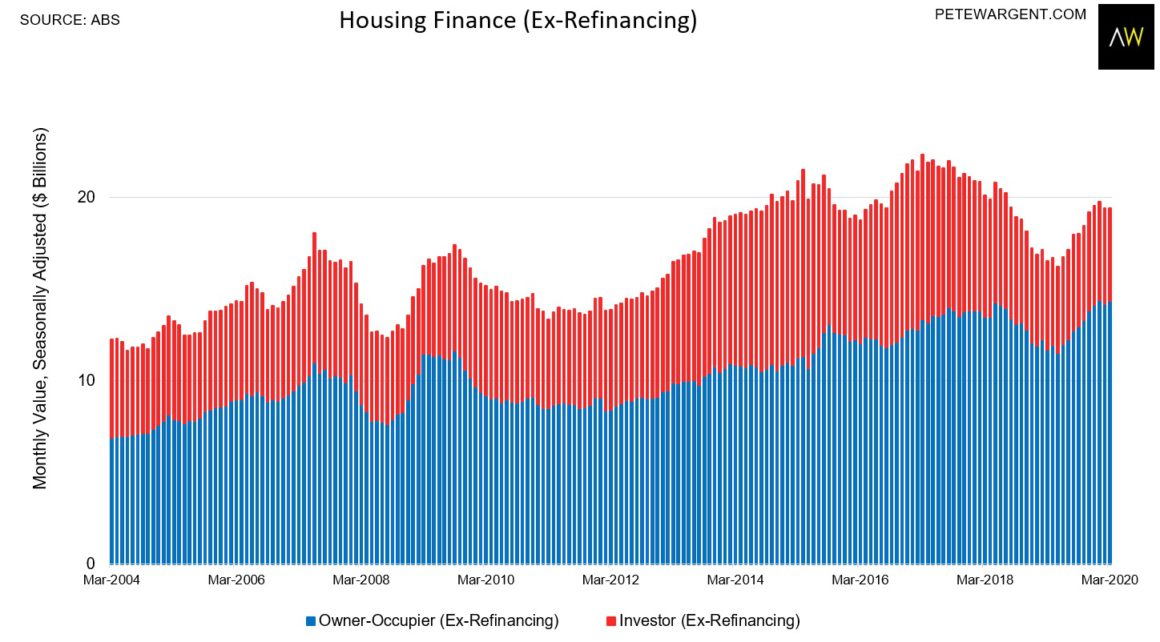 First homebuyer numbers hit the highest level in a decade at a shade under 10,000, driven by first homebuyer incentives and another surge in New South Wales (now some +40 per cent year-on-year). 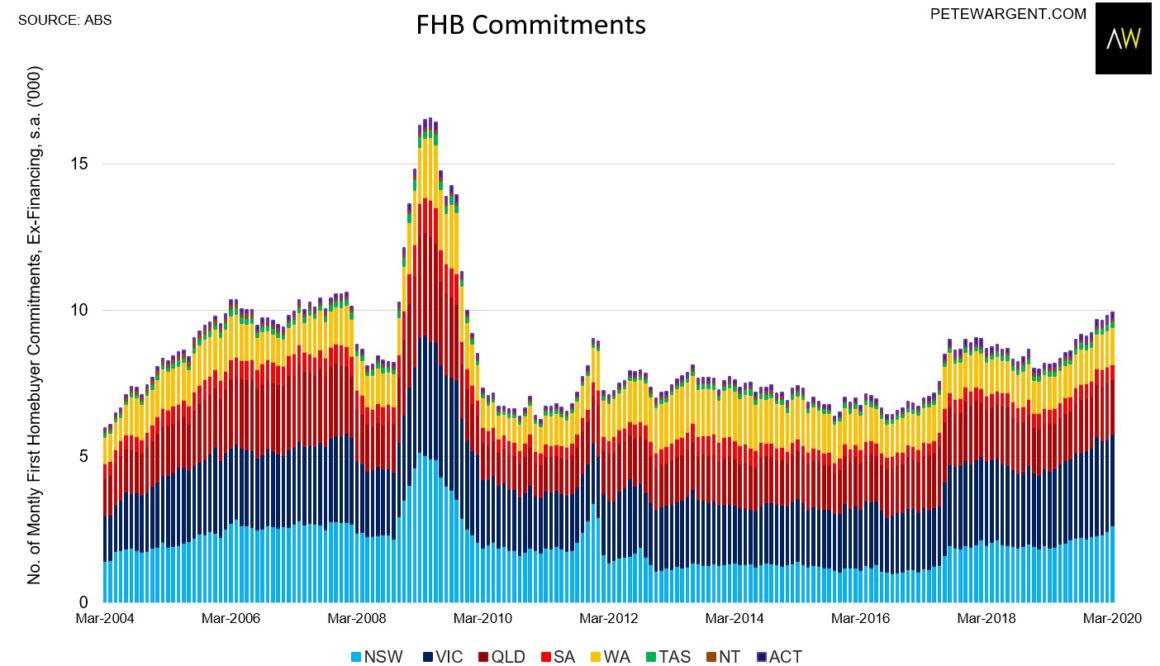 Every other state and territory except for the NT recorded a modest decline in homebuyer lending for the month of March. 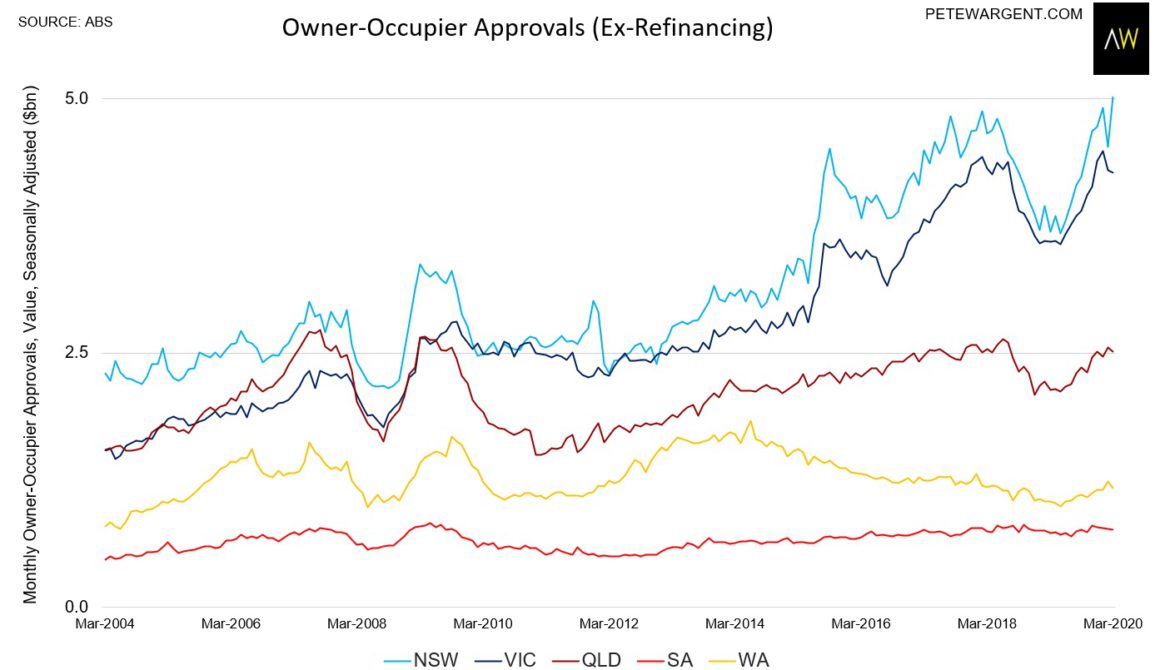 The Sydney skew meant that the average loan size to buy an existing dwelling hit a record high of $511,000. 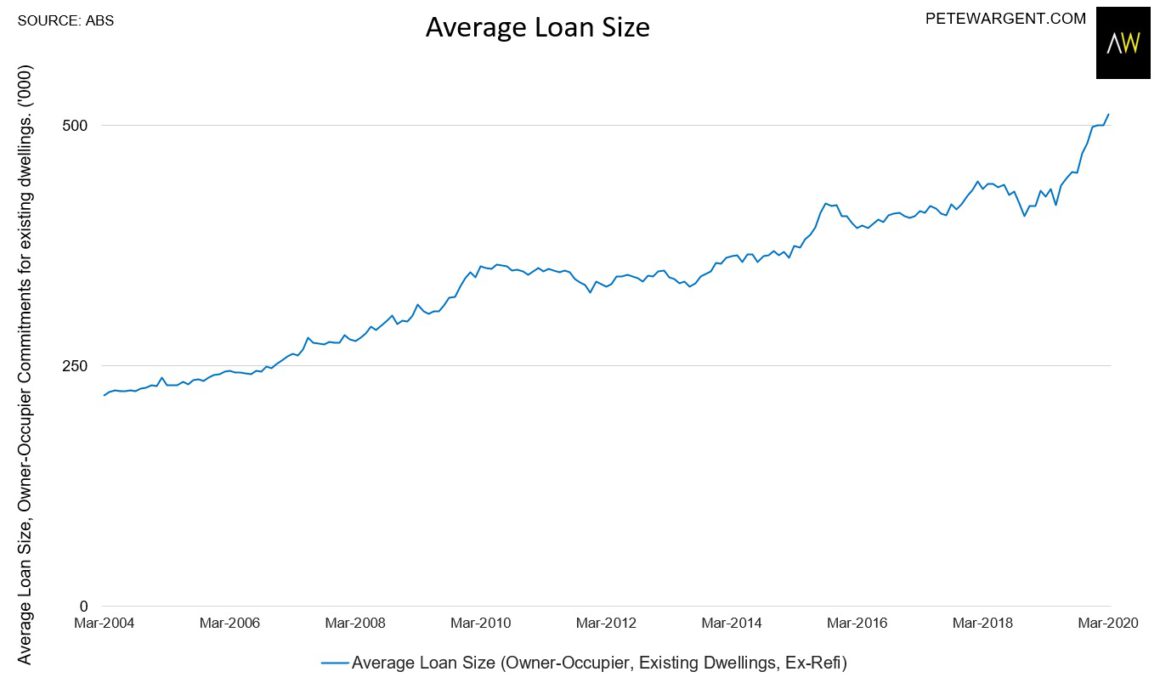 Year-on-year loan sizes for the purchase of existing dwellings were up most in New South Wales (+25 per cent) and Victoria (+20 per cent), partly due to a low base effect. 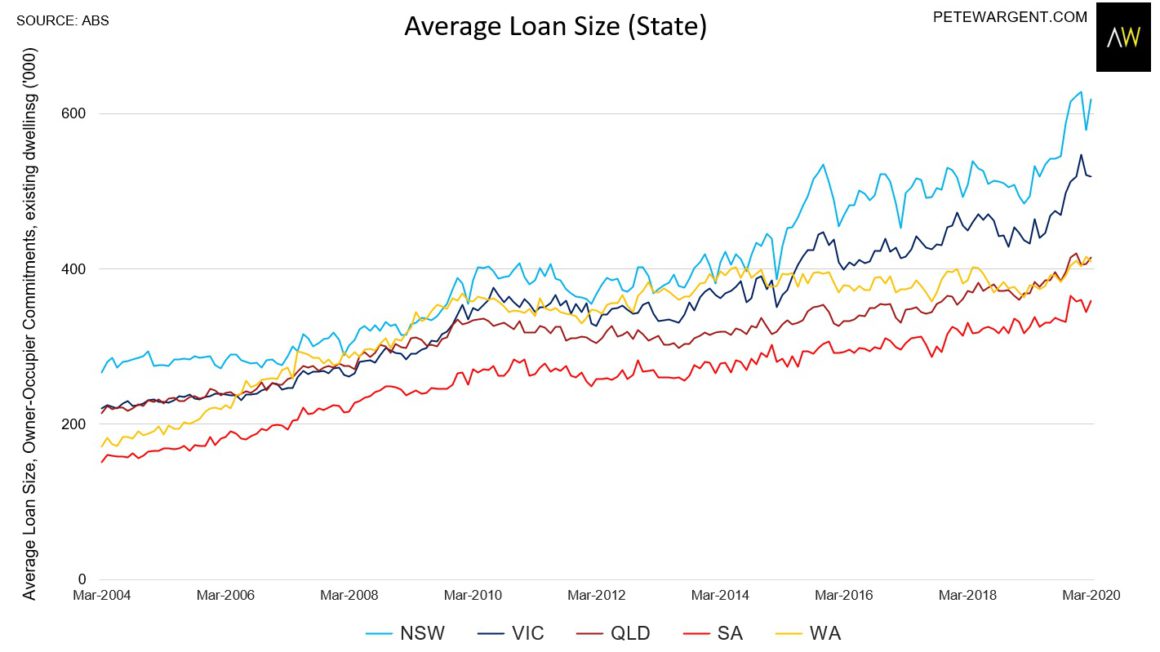 Construction loans have dropped away sharply now (down -6 per cent over the year for owner-occupiers) as new supply dries up.

And lending figures will inevitably be lower in April as bank phone lines have been like clogged arteries – due to all the refinancing and payment holidays being taken – and processing times have blown out.

But there’s also been a very sharp reduction in new stock listings, so it’s little wonder prices haven’t budged much to date.