Greed is driving ‘get rich quick’ investors to losses

Investors need to stop being greedy if they want to make money … and stop losing it as well.

It’s quite a simple formula …

Those who take the time to do their research and consult with independent professionals, who put an emphasis on long-term capital growth, are generally by far more successful but those who try to beat the system and cut corners often end up regretting it.

"Greedy investors" who tried to save fees on research often did not know how to undertake their own groundwork, nor did they have the skills to distinguish between independent advice and that of someone who had a vested interest.

They want to get everything for free.

They see a glossy brochure and are tempted by all these promises of fortunes to be made and eventually it ends up in tears.

This is the impact at a micro-level on a specific investor and a property development.

On a macro-level, it’s the large-scale impact on the property market and the creation of dwelling oversupply by developers who see great potential in selling properties no one really needs.”

Key examples of this can be seen in the country’s major capital cities.

In inner-city Brisbane unit over-supply has created weakness in the market leading to a high level of risk for investors and therefore lower valuations, huge price discounts and rising defaults on settlements.

The issue is much the same in Perth where the unit market is facing severe ongoing oversupply.

For example, in central Perth there are 1151 new units in the pipeline representing a 13.7 per cent increase to the existing stock, and placing it high in the RiskWise list of Danger Zones.

Four Sydney suburbs also featured on the Top 10 list, as well as the Adelaide CBD (postcode 5000) and Melbourne’s Southbank.

Developers perform the feasibility check and initial assessment, then they base the off-the-plan value on the projected price that property marketers will convince investors, who want to beat the system, to pay.

This eventually leads to multiple replications of similar off-the-plan projects, mainly units, across the entire country.

Off-the-plan stock was pushed at investors thereby creating a distortion in the market with issues such as undersupply of dwellings that are suitable for families and housing affordability on the one hand, and on the other, outstanding oversupply of investment properties.

The right hand doesn’t seem to know what the left hand is doing in terms of supply. 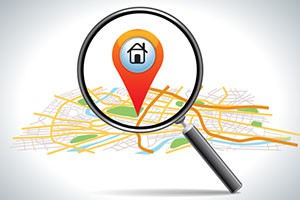 In addition, those looking for the latest hotspot to make quick money are in danger of actually losing it.

Our research has shown that almost a quarter of so-called ‘hotspots’ have delivered negative capital growth, or in other words about one in five.

Also, about two thirds of the so-called ‘hotspots’ actually deliver capital growth which is below the benchmark, and they are effectively, ‘cold spots’.

On the other hand, those looking for conservative, low-risk houses with good access to the CBD, have actually enjoyed strong capital growth.