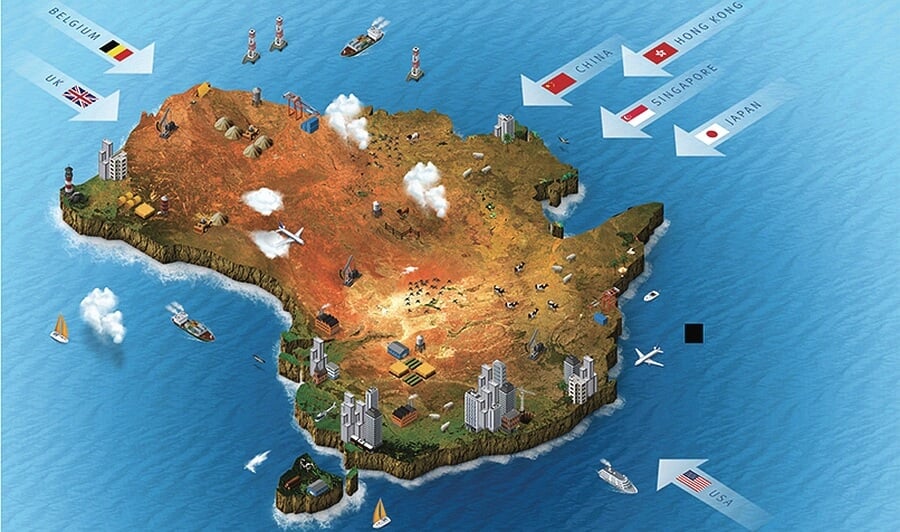 Foreign buyers of Australian property – how many are there?

How many foreign buyers are there in Australia?

And how important is their influence on proeprty prices?

That is the question discussed in a recent ANZ Research economic insight.

Here's what the ANZ bak had to say: 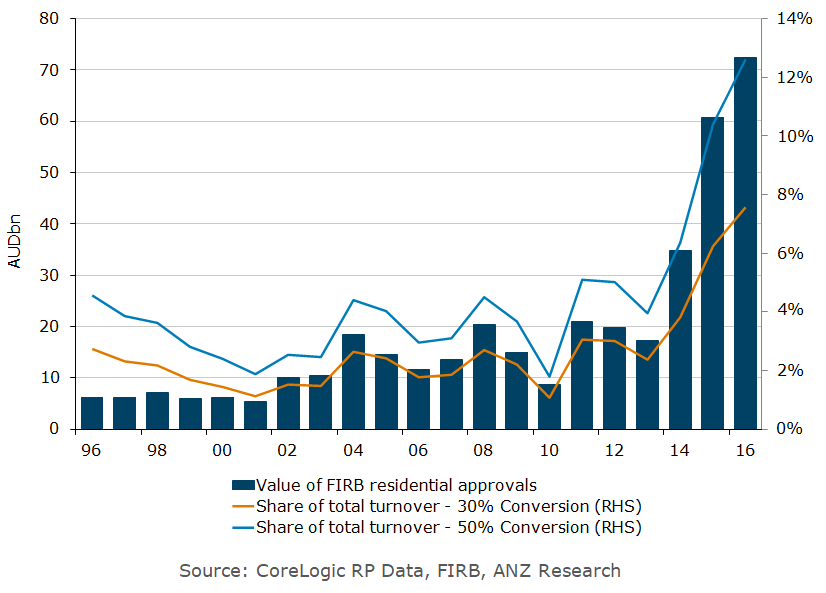 WHAT DO WE KNOW?

In terms of the FIRB process, the key details are:

Because all foreign buyers require this approval to purchase Australian property, the FIRB have data on the value and number of approvals granted. 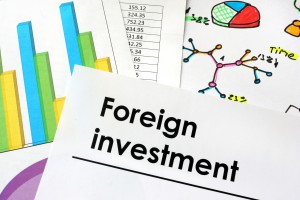 Note however, that this does not give us the number of approvals that were actioned.

Each FIRB approval can be for more than one property, so the value figure is particularly important.

Foreign purchases have risen sharply in recent years, led by Chinese purchasers; with the value of approvals granted in 2015-16 three and a half times greater than just five years ago. 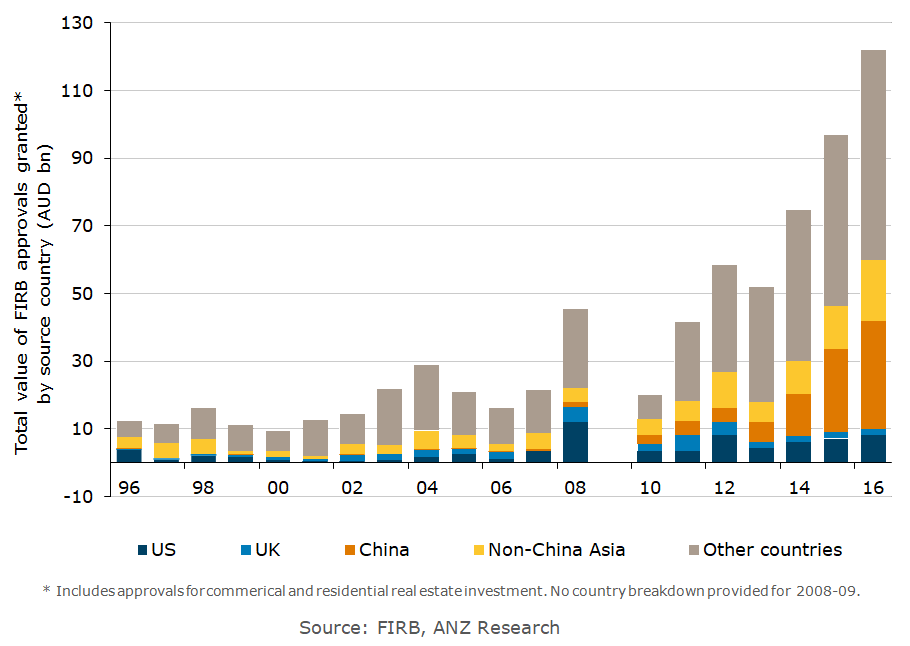 The FIRB data tells us about approvals, not actual purchases.

So, to calculate actual foreign buying, we need to make some assumptions about the rate at which approvals translate into purchases.

In doing so we need to be mindful that a fee for approvals was introduced in December 2015.

This means that for half of 2015-16 and in all subsequent years, the ‘conversion rate’ from approvals to purchases is likely to be much higher, because potential buyers are unlikely to incur the application fee unless they are highly committed.

To convert this into the number of transactions, we lean on recent estimates from the RBA, which noted that foreign buyers are purchasing around 10-15% of all new housing and around 25% of new apartments.

These conversion rates imply that foreign purchasers bought AUD22–35bn of Australian property in 2015-16.

At the median price described above, this translates to the purchase of 35,000–60,000 dwellings nationwide. 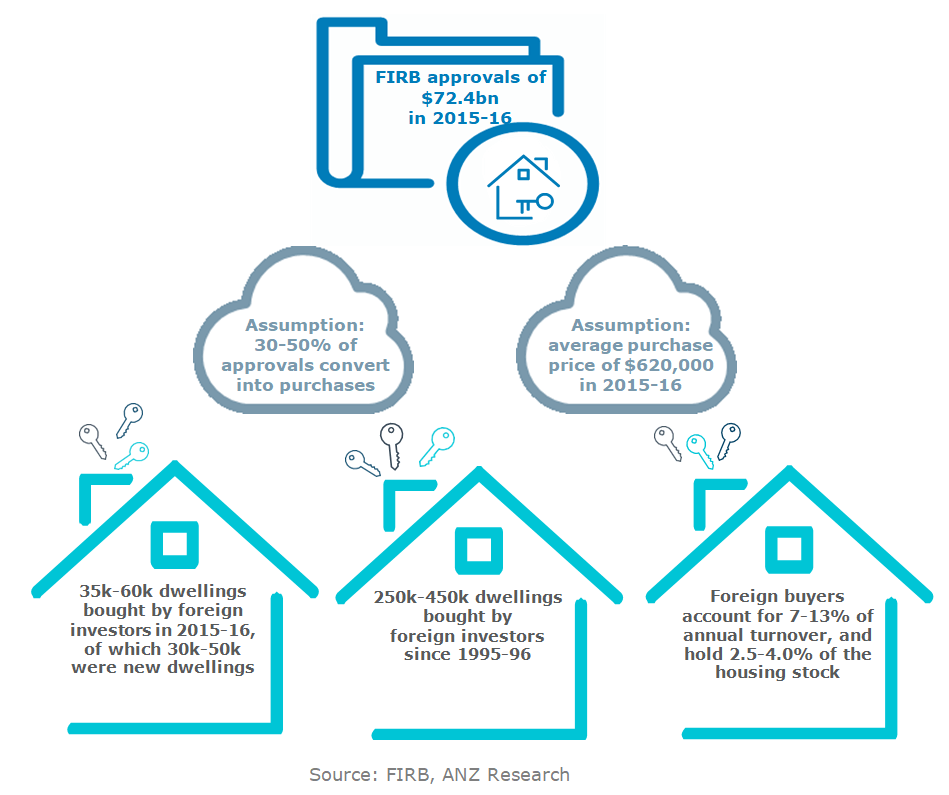 That number can be broken down further to assess how many of these purchases were for new dwellings.

In flow terms, therefore, the impact of foreign buyers on the new housing segment could be sizeable.

On our estimates, most of this foreign activity in new housing in 2015-16 seems to have been in Victoria.

We estimate that foreigners purchased 13,000–20,000 new dwellings in Victoria, representing 25–35% of total new builds in the year.

However, the impact of foreign buyers is less significant when we compare the level of purchasing against Australia’s total housing turnover. 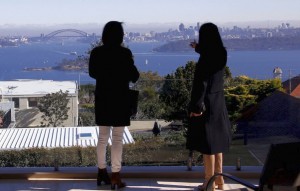 The analysis can be extended back to the commencement of the FIRB data in 1995-96.

Over the past 21 years (again assuming that 30–50% of FIRB approvals translate into purchases, and that foreigners have been buying 80% units and 20% houses), we find that foreign buyers have purchased an estimated 250,000–450,000 dwellings in Australia.

As of the 2016 Census, Australia’s total stock of housing was 9.8 million dwellings.

This means that foreigners could own approximately 2.5–4% of Australia’s housing stock.

This estimate is imperfect

It does not include properties bought before 1995-96, nor the subsequent sale of any properties previously held by foreign owners.

Further, it is sensitive to the assumed 30-50% conversion rate from approvals to purchases, and the impact that the mix of houses and apartments would have on the average purchase price.

Assuming our estimate of 30-50% of purchases to approvals is near the mark, this yields a useful frame of reference when assessing the impact of foreign buyers of the Australian market. 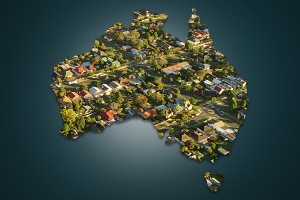 At 15–25% of new builds in 2015-16, foreign demand is clearly one of the drivers of the strength in our dwelling investment profile.

If this demand were to dry up suddenly, Australia’s construction pipeline would likely be notably weaker than currently expected.

The impact of foreign demand on prices is less clear.

The purchase of 7–13% of total sales each year is not as significant as the share of new construction.

Another way of looking at this is in terms of the stock of housing, rather than the flow.

As described above, we estimate that foreign owners hold 2.5–4% of Australia’s housing stock.

Around 5% of Australia’s housing stock is bought and sold each year.

This means that only a large shock, causing a high share of foreign owners to sell their Australian property, would be significant enough to drive sale prices lower.