Do we need more public housing in Australia?

The number of households renting in Australia has jumped by 280,000 since the last census

Rental stress is characterised by households spending more than 30 per cent of their income on rent.

While almost 3 million households are renting, the growth of our population since the last census  means the proportion of renters is shrinking.

The simple answer is "YES" according to leading demographer, Simon Kuestenmacher.

And he explained his views in recent column in the New Daily based on the following chart which shows the trend to fewer home owners in Australia and more tenants renting from private landlords, but there are fewer tenants in the public housing market.

Now we know Australia is experiencing a rental crisis and Simon explains that renters in public housing don't live there for free.

Depending on their individual circumstances, certain subsidies are handed out, but public housing tenants tend to pay below-market rents while being responsible for their own utility costs.

Sometimes rent is fixed at 25 per cent of household income with the difference being paid by the state as a rental rebate. 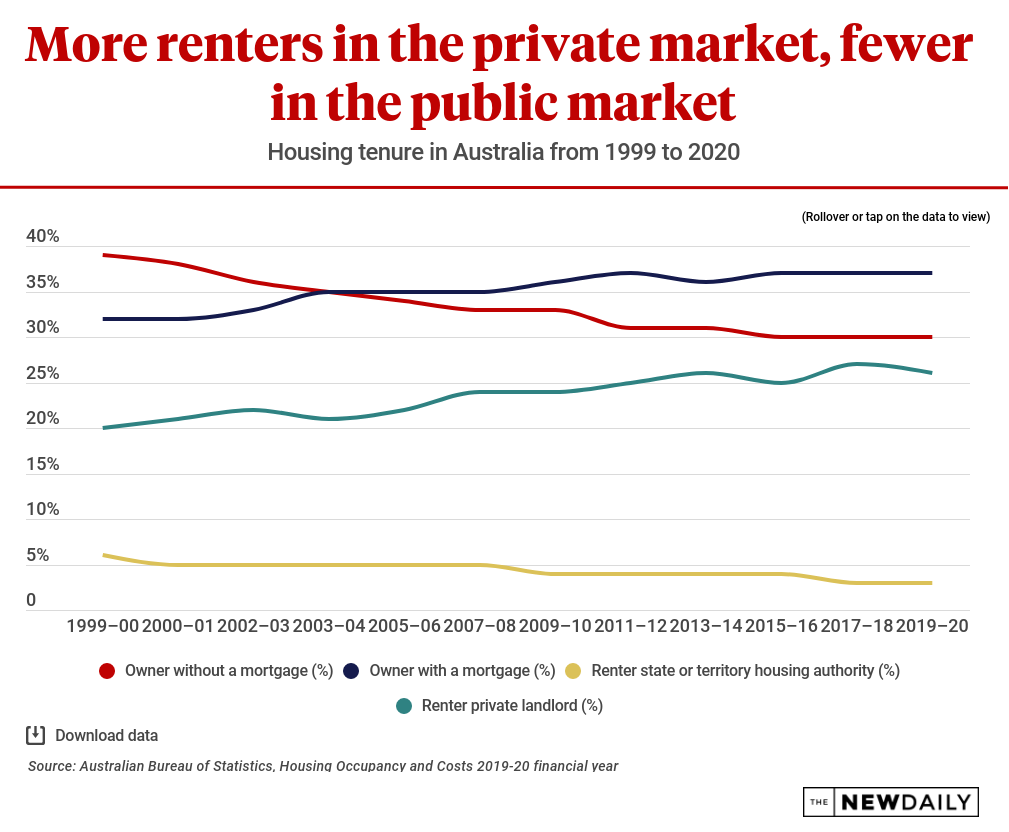 This drop could mean one of two things.

Option 1: As a rich nation we created so much wealth across the whole population that a lot fewer people need subsidised public housing.

Option 2: Despite being a rich nation we were brutally neglectful in developing public housing." Housing costs per week are $150 dollars in public housing compared to $415 for private market renters.

This makes the world of difference for low-income Australians - if only they could get into public housing.

This means that getting someone from the private rental sector transitioned to the public sector translates into a 64 per cent discount on housing-related costs.

Of course, adding more public housing would be expensive.

However, not adding more public housing can be more expensive.

"The bottom quintile (the poorest 20 per cent) of renters on the private housing market use up more than 50 per cent of their household income to cover housing costs.

This means saving for a rainy day, or even building wealth through investments or property, is forever out of reach.

The less money you’ve saved in your super, the more the public pension system needs to spend on you throughout your retirement."

The need for public developers

Kustenmacher points out that it is clear that we have a massive shortage of housing stock across the full income spectrum, and nowhere near enough capacity to build enough new stock right now.

And in such a pressurised market, private operators can pick which end of the spectrum they will service.

What we need is a public developer to build public housing at scale.

If built on public land, the land is essentially free.

Take note that a public developer doesn’t need to pay any sort of land tax or stamp duty. 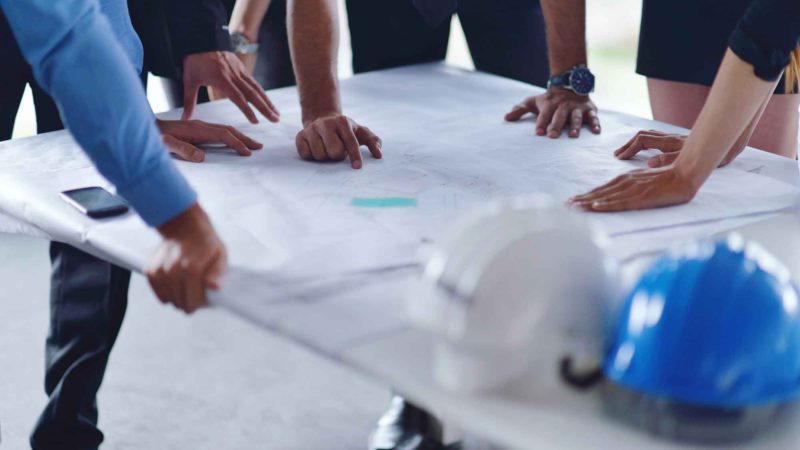 They also can operate without generating profits – a luxury that no private firm enjoys.

Would this hurt private developers?

It can be argued that even a well-funded state-owned developer would only operate in the lowest end of the market.

These are the ones that we can't see being serviced by the private sector.

"The only real issue for private developers is increased competition for talent in the labour market.

In times of a massive skills shortage, any competition for labour really hurts the private sector."

Adding significant public housing stock would push house prices down by taking people out of the market.

However, having a massive public housing developer is not likely to happen, definitely not at the moment, to which Mr Kuestenmacher said:

"I think piecemeal approaches –like slightly higher quotas for key-worker accommodation – are much more likely to be introduced."