Aussie employment bounced from 12.1 million to 12.3 million in June as many parts of the economy began to reopen, driven by the re-hiring of part-time workers.
Still, there's a long way to go just to get back to nearly 13 million employed, which is where we were tracking in the first quarter of the year. 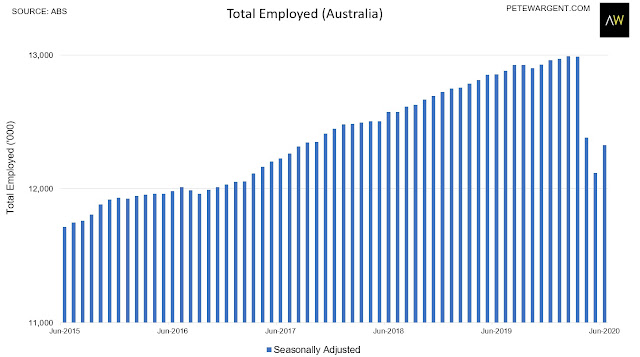 The official unemployment rate jumped to a 22-year high of 7.45 per cent in June as the participation rate bounced from 62.7 per cent to 64 per cent. 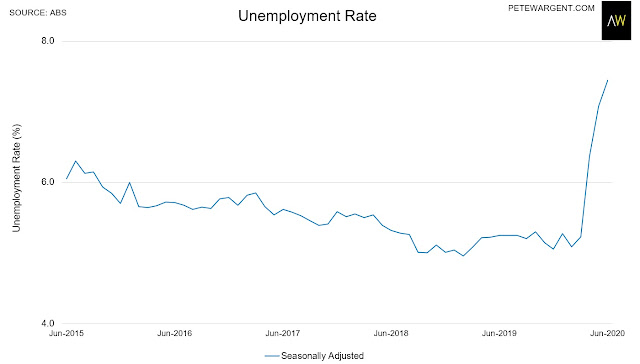 Not good, and stimulatory policies will need to continue deep into 2021 to bring the unemployment rate back down towards the desired range of around 4 to 5 per cent.

The employment rebound was driven by New South Wales in June, where employment increased by +81,000, and Queensland where there was a bounce of +51,000.
These positive numbers will likely continue into July and beyond, but Victoria has experienced a major setback with the state government announcing a six-week lockdown of the local economy. 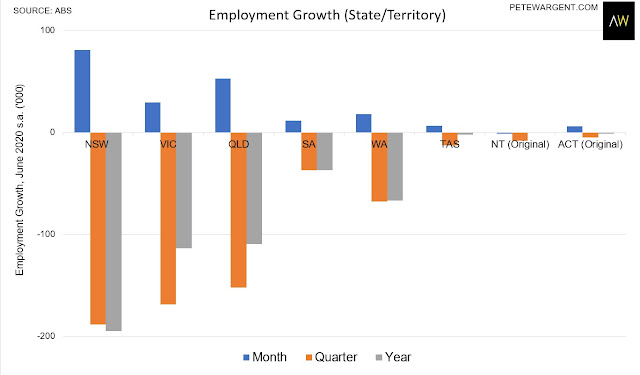 The number of reported unemployed persons in Australia has jumped from around 700,000 to almost 1 million, with about two-thirds of the increase roughly equally accounted for by New South Wales and Victoria. 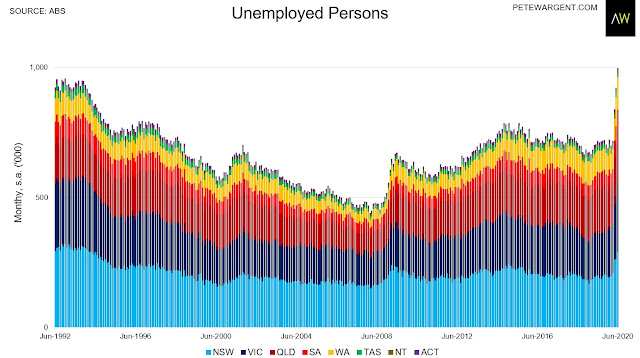 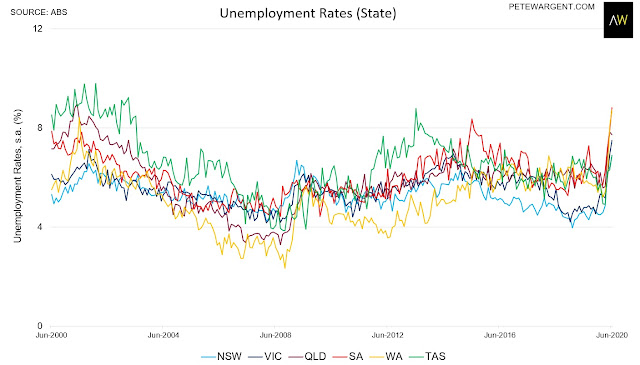 June saw some of the damage done to hours worked reversed, but the annual change of -5.7 per cent was still only a tentative improvement on the -9.2 per cent notched in May. 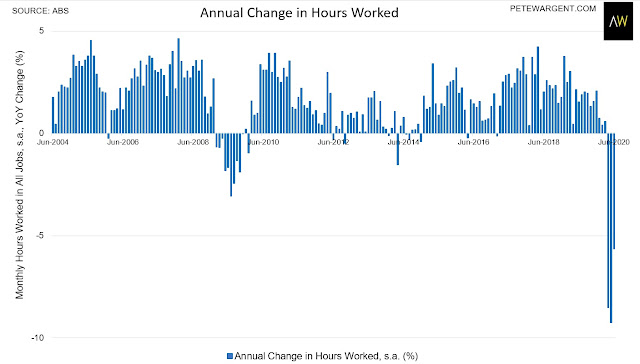 Overall, it was of course great to see a better-than-forecast rebound in employment in the month of June, but clearly there's a long way to go, while Victoria's recovery has been delayed for at least another month.