We keep reading about all the new jobs that are being created and how unemployment has remained low and this is good for consumer confidence.

And when you put your property investor hat on, jobs growth, employment and consumer confidence are in turn for our property markets. 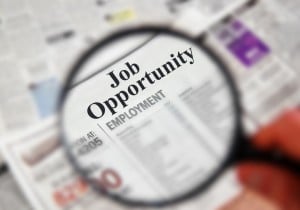 But is all this really true?

If everyone how wants a job has a job, why aren’t wages rising?

Maybe the ABS stats are not accurate.

I always find it interesting how the Roy Morgan employment figures are so different to the “official” ABS stats.

How they show a substantially higher unemployment rates (8.9% rather than 5.6%).

The latest data for the Roy Morgan employment series for March shows: 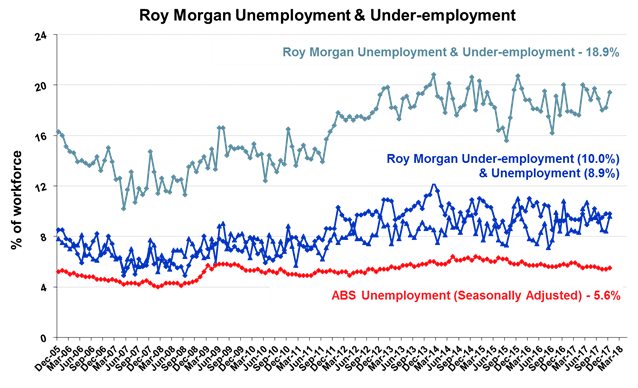 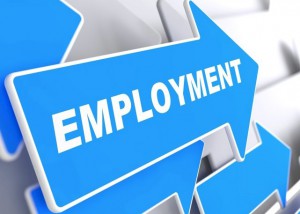 “The strong growth in part-time employment over the past 12 months continues trends observed in recent years as Australia’s workforce becomes increasingly casualised with the rise of the ‘gig’ economy headlined by businesses such as Uber, Deliveroo and Airbnb and the continuing strength of food and hospitality businesses which rely heavily on part-time employment.

“Despite the strong growth in overall employment over the past year there remain over 2.5 million Australians either unemployed (1.21 million) or under-employed (1.36 million) looking for work or looking for more work.

“Given the large number of Australians directly, or even indirectly impacted, by unemployment and under-employment it is no surprise that issues relating to unemployment, job security and the search for jobs is one of the key issues Australians mention unprompted when asked what the ‘biggest problem facing Australia’ is early in 2018. 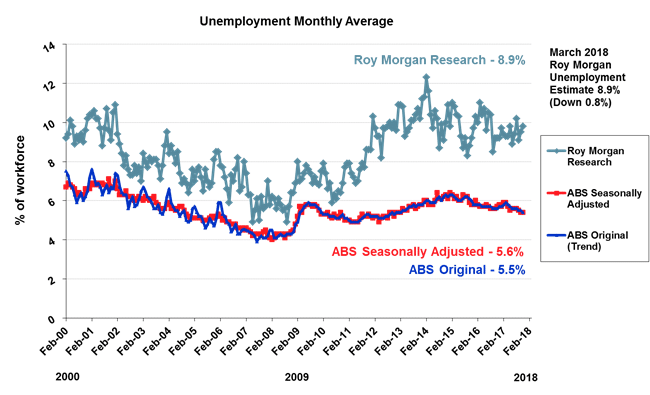 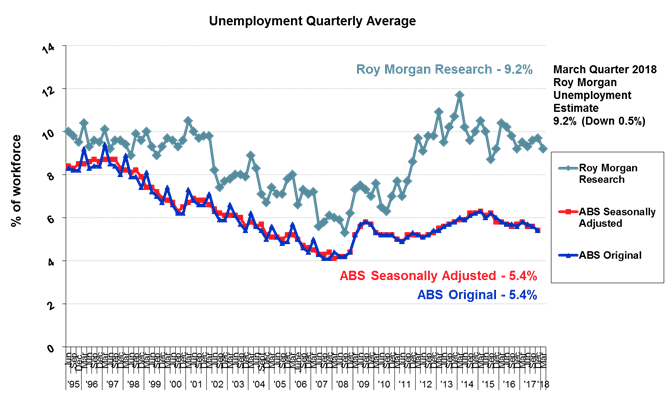 'Despite employment being at record high, over 2.5m looking for ‘more’ work' have no comments