How confident are you about your future?

The world's Geopolitical problems and local issues such as inflation, the specter of rising interest rates, and our local floods have made people feel less secure.

ANZ Bank report that confidence fell across all states and territories.

It is now at its lowest since Victoria’s second COVID wave in early September 2020.

Increasing petrol prices have had a sharp impact on households’ confidence for both ‘current’ and ‘future financial conditions’ with the two subindices dropping 10.3% and 8.4% respectively over the last two weeks.

We noted last week that the weakness in consumer sentiment is at odds with the strength in employment and reflects pressure on household budgets as nominal wage growth lags the jump in inflation.

The weakness in consumer confidence presents a growing near-term risk to the outlook for household spending. 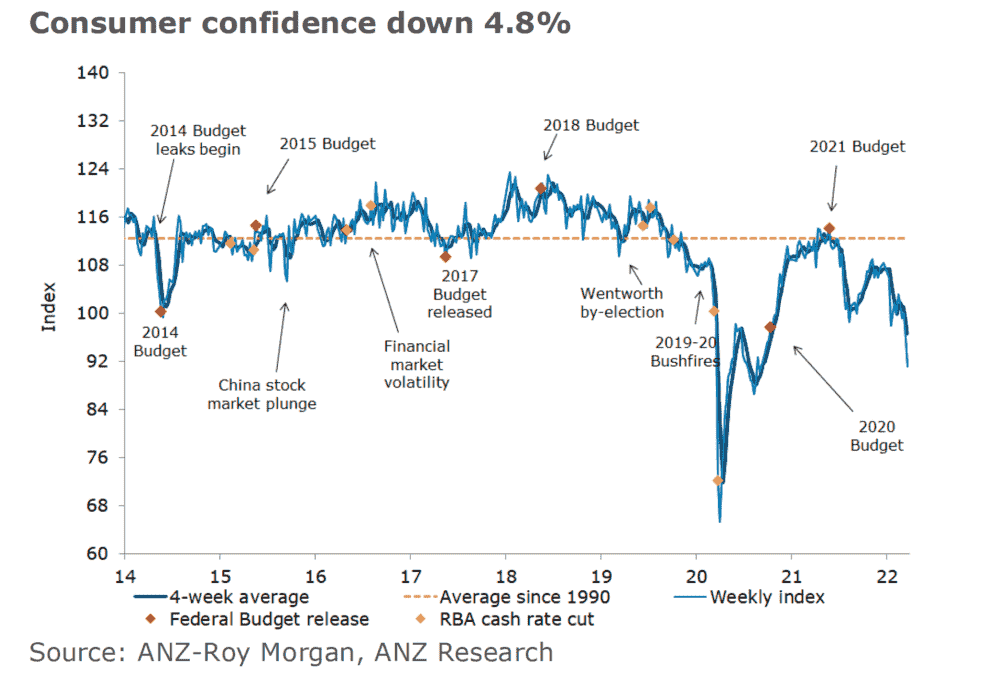 Confidence in both economic and financial conditions declined 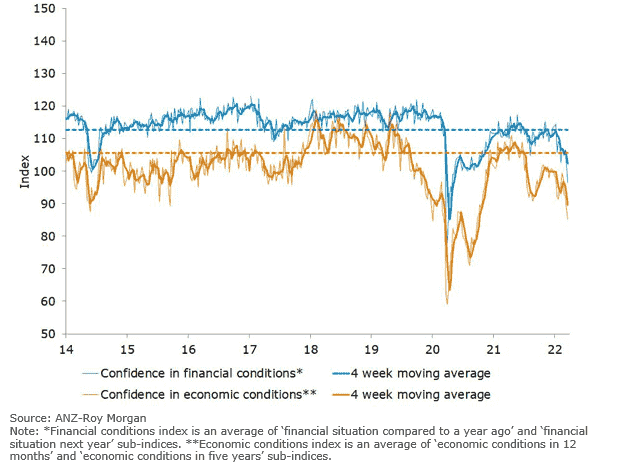 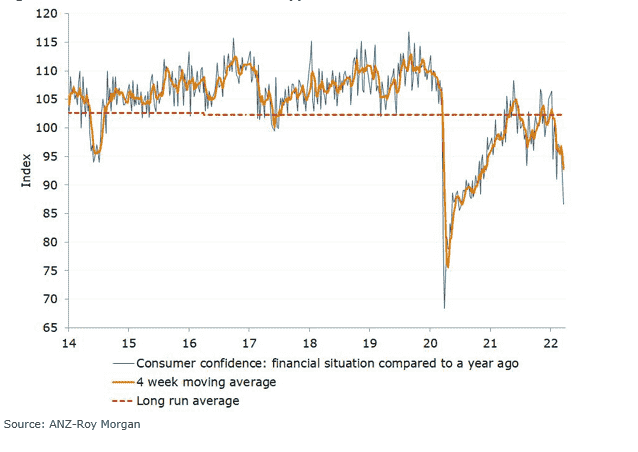