Everyone would say Yes to a potential $50,000 profit right? 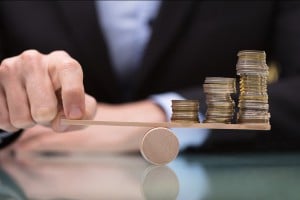 Well maybe just about everyone but me!

Let me paint the picture:

On a recent post on Social Media someone was asking;

“Would you consider buying in a low socio-economic location if the numbers looked good?”

Not really enough information here, but I held firm and simply said No.

They went on to explain, even if I could buy it at a cheap price, give it a quick renovation increase the equity by more than $50,000 and it would rent out for a high yield.

I am quite certain everyone thought I was crazy, just as you may now.

While there is still not enough information here to make an informed decision, I will generalise.

First of all, the best piece of advice I have been given while investing, goes something like this;

You see everyone who said yes to this scenario, is focussed on the short term – the $50,000.

They also made another critical error in assuming that everything would go to plan and you would achieve the best case scenario;

In my, nearly two decades on property investing experience, it would not surprise me in the current environment if one of two of these (at least) did not go to plan.

This is the risk of the transaction alone, let alone the idea of holding on to the asset and renting it out for the medium to longer term.

That opens up an another entire conversation.

The Risk with Outer Suburbs

Over the medium to longer term there is greater risk in these low-socioeconomic, outer suburbs. 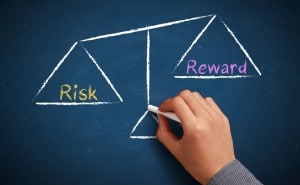 They are usually in areas that are a considerable distance from major employment hubs and hence have lower wages growth.

Wages only keep up with inflation at best and in many cases struggle to do that.

I would suggest at some stage over the next decade we will see some sort of Economic or Financial crash and these areas will be hardest hit.

In the unlikely event we miss a crash, interest rates will eventually begin to rise at some stage in the future and again, lower income earners will feel the pressure.

These areas are also often touted as the next hotspot or have large amounts of land still to be developed and often attract the investor crowd.

Again, if events conspire to a downturn, Investors won’t hang around and will shift their capital quickly to get out, leading to a downward spiral for property prices.

I would prefer to focus on the longer term and reduce risk.

Focus on areas with a High Owner Occupier percentage, where most of the demographic own the property or are paying off a mortgage.

Home owners are in it for the longer term and will not give up their homes so easily, this leads to less market volatility.

At Metropole, we are chasing a certain kind of Owner Occupier;

In our research at Metropole we look for suburbs where the locals have a high disposable incomes.

We also look for locations close to major employment hubs where jobs are plentiful.

The people living here will generally be able to ride out the difficult times and in better times tend to get emotional, pay too much and overcapitalise.

As a result, these locations perform significantly better over the medium to longer term and importantly with much less risk and volatility in down times. 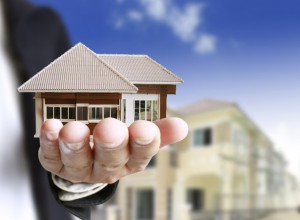 I understand why some investors are tempted by these types of opportunities.

But that is a real short term focus and they are assuming the best case scenario.

They don’t realise the market they are entering is substantially riskier and there is a higher potential for downside should things not go to plan.

Instead, investors should focus on reducing their risk and growing their wealth over the longer term.

Instead, by following a longer term capital growth strategy and reducing risks but buying in the right location with the right demographic they are more likely to grow significant wealth.

That’s what the rich do and why I held my ground on this scenario.

To become wealthy you need to do things differently to the majority.