So where are Australia's safest suburbs located? 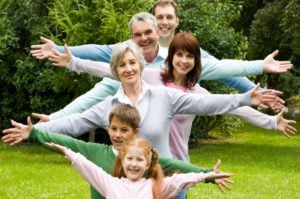 This covers how safe each suburb is from property crime, covering postcodes within Queensland, New South Wales, Victoria, and South Australia.

"Homebuyers have more access to property and suburb data than ever before.

Whether you’re looking for your first home or an investment property, it is really useful to be able to look at the property crime rate of your desired suburb.”

“With Budget Direct’s Safe Suburbs Map, you can look up the postcodes of the suburbs where you’re looking to buy and see how many property crimes occur per 1,000 homes.

You will be able to compare up to 2 postcodes at a time and how each suburb ranks within your desired state.

Budget Direct’s latest Home Burglary survey found that at least 1 in 4 Aussies (24.7%) were more concerned about home invasions in their suburbs compared to the previous 12 months.

While you might be fortunate enough to live in a lower-risk suburb, it is still very important that you take actions to minimise your risk of home theft as this can happen to anyone.

According to their latest research, Budget Direct says you should consider taking a three-pronged approach to improving the security of your home:

How well do you know the safety of your postcode or region?

There is no longer a northside/southside debate. Brisbane’s western suburbs are the safest with 33% marked “lower than average risk” extending from north-west suburbs such as The Gap to Moggill in the south-west, via Indooroopilly and the Centenary Suburbs

There’s a clear winner when it comes to the number of “lower than average risk” Sydney suburbs.

Sydney’s North and suburbs north of the Harbour Bridge are the safest for property crime including the Upper & Lower North Shore to Hornsby, Northern Beaches and Ryde taking out the top 3 safest areas in NSW for property crime

The Southern Highlands & Shoalhaven region which takes in regional centres such as Nowra, Bowral and Batemans Bay has the highest proportion of “lower than average risk” suburbs (38%)

Top 5 regions (% of suburbs that are “lower than average risk” ):

Warrnambool and southwest Victoria are regarded as the safest region in the state for property crime with 55% of “lower than average risk” postcodes. This includes regional centres along the Great Ocean Road including Apollo Bay, extending to Colac and Casterton

Top 5 regions (% of suburbs that are lower than average risk):

The South Australian Outback is the safest region in the state for property crime (48%) extending a wide area to cover Olympic Dam, Port Neill, and Coober Pedy

Adelaide Central & Hills has the highest proportion of “lower than average risk” suburbs (28%) which takes in the CBD, Unley, and out to Aldgate.

Top 5 regions (% of suburbs that are lower than average risk):