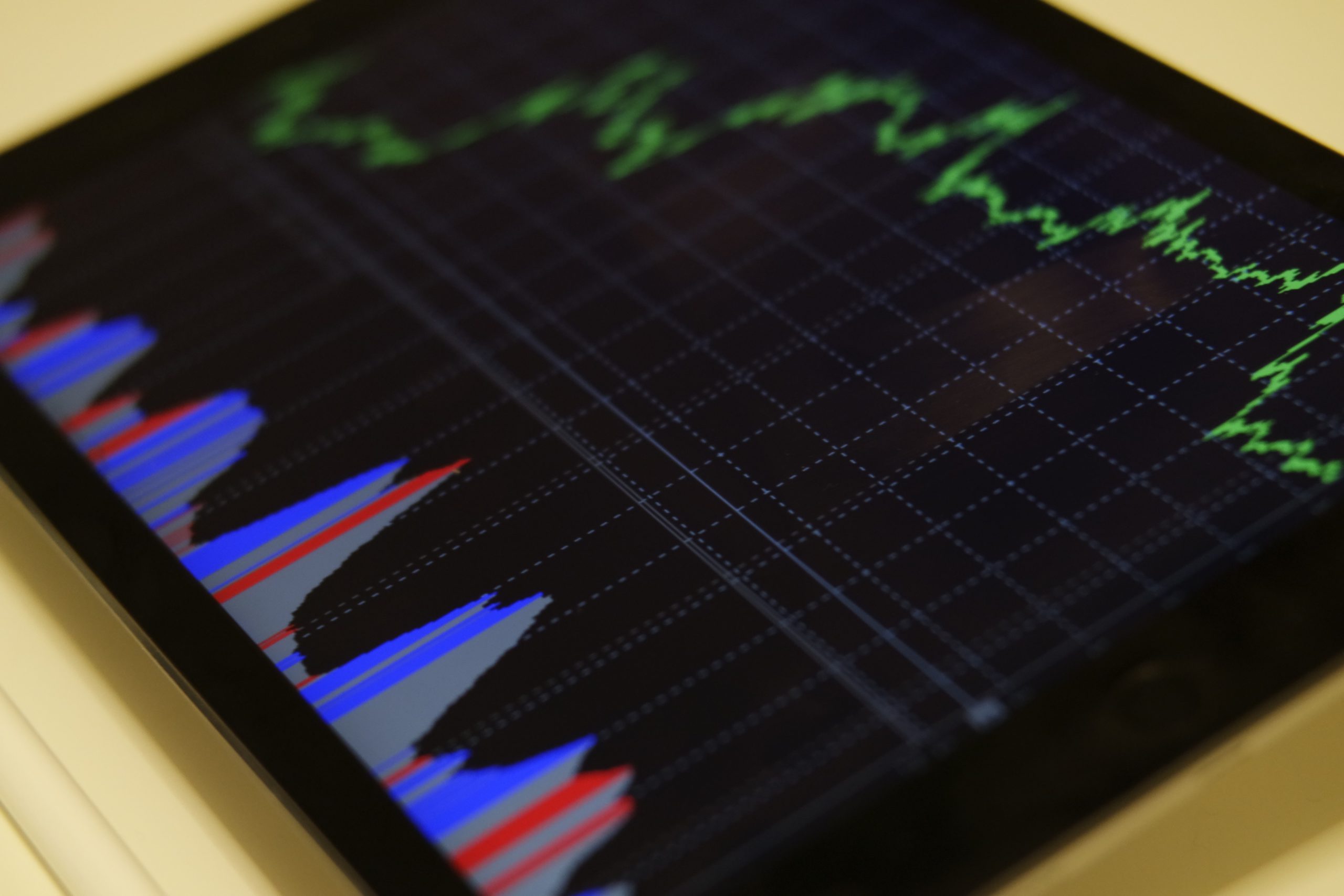 As he had promised to do almost since the day he became treasurer, Jim Chalmers has presented a gloomy set of forecasts for the Australian economy in his first formal economic statement to the new parliament on Thursday.

Inflation is now forecast to peak at 7.75% in the December quarter of this year.

The annual rate is then expected to decline to 5.5% by June next year, and then to 3.5% by December next year, before dropping to 2.75%, back within the Reserve Bank’s target band, by June 2024. 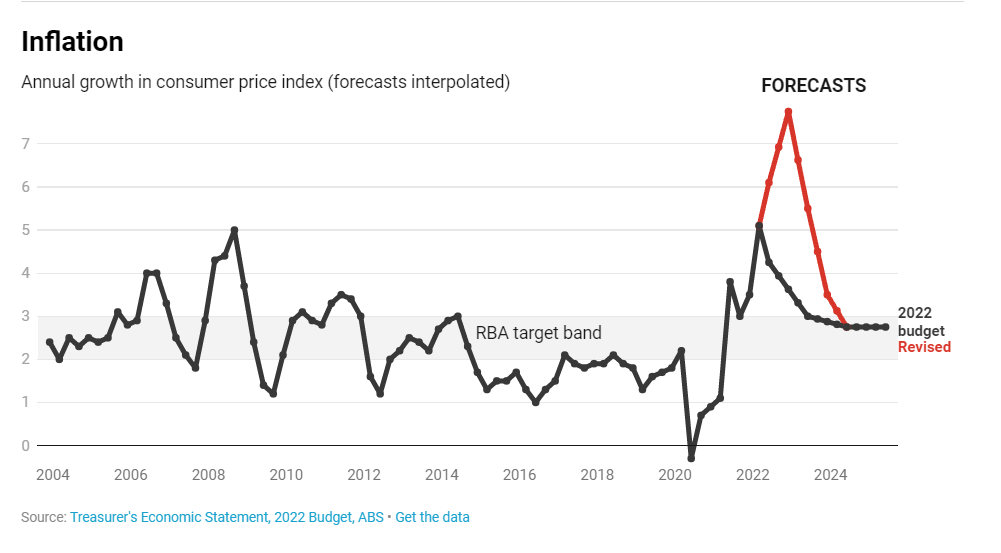 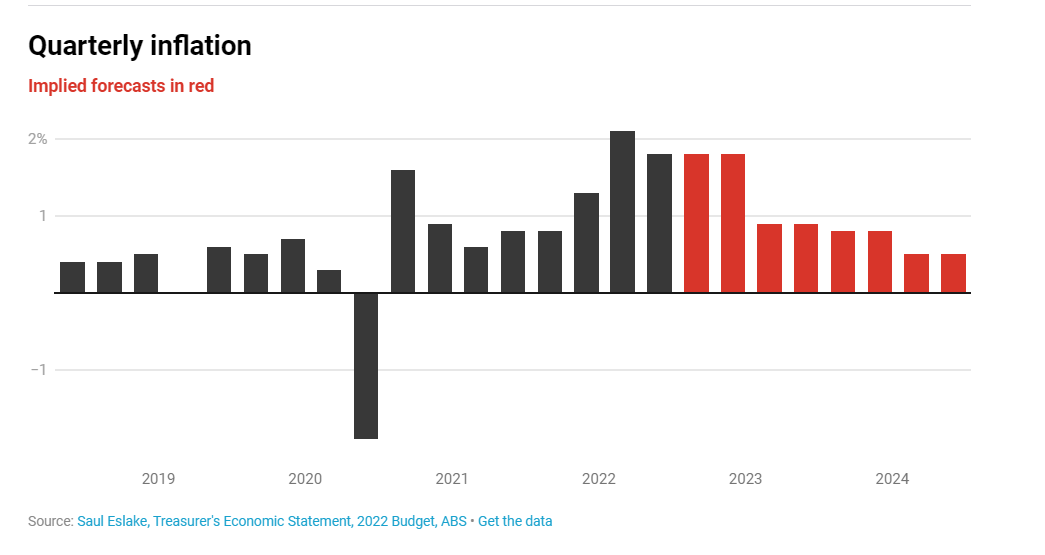 Provided Russian President Vladimir Putin doesn’t do anything that prompts a further jump in energy or food prices, those forecasts look plausible.

Most other commodity prices have already begun to fall.

There are now tentative indications that some of the disruptions to global supply chains that played such an important role in the rise in inflation around the world over the past year or so are beginning to ease.

Especially in the United States, surveys that picked up some of the producer price pressures which subsequently showed up in rising consumer price inflation are now pointing in the opposite direction.

And, perhaps most importantly of all, from the standpoint of how much central banks will eventually need to lift interest rates to bring inflation back down to their targets, we are beginning to see some evidence, at least in the US, that longer-term inflation expectations are beginning to recede, rather than become entrenched at high levels.

Of course, forecasts that inflationary pressures will begin to abate from the beginning of next year incorporate an expectation that central banks will continue lifting interest rates, and that those higher interest rates will result in slower economic growth - as they are intended to do.

So it’s hardly surprising that Chalmers also announced downward revisions to the forecasts for economic growth in the March budget.

Australia’s economy is now estimated to have grown by 3.25% in the 2021-22 financial year - a half of one percentage point less than forecast in March. 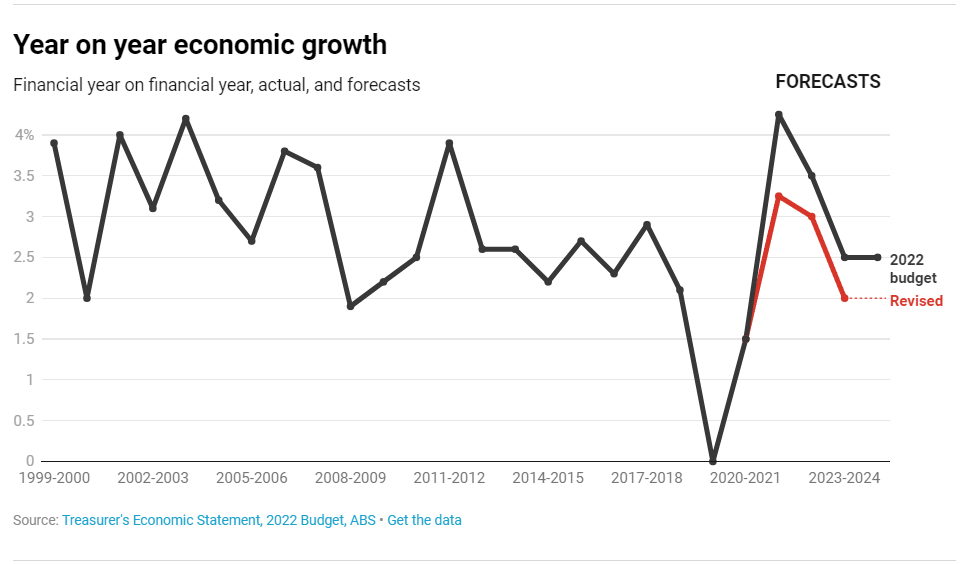 These are actually slightly larger downward revisions than the ones made by the International Monetary Fund to its forecasts for Australia’s real GDP growth in calendar years 2022 and 2023 in its update released on Tuesday.

And so it was also no surprise to see the Treasurer revising up the previous Budget forecast for the unemployment rate in the June quarter of 2024 by one-quarter of a percentage point, to 4%.

But because the labour market is expected to be a bit tighter in the interim than had been assumed in the previous government’s last budget (as reflected in the June unemployment rate of 3.5%, the lowest since August 1974), the forecasts for growth in average wages in 2022-23 and 2023-24 have been revised upwards, by half of one percentage point, to 3.75%.

Although a bigger increase, it represents a quite large fall in real wages in the current financial year, followed by a small increase in 2023-24. 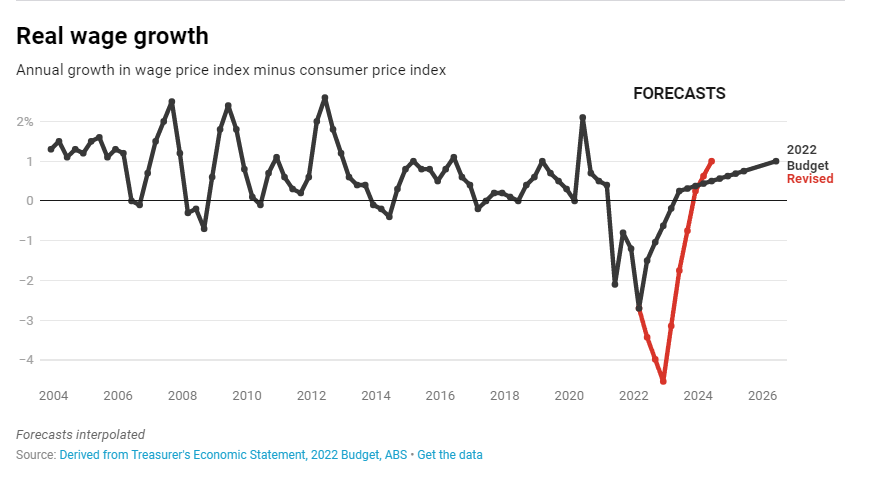 All these forecasts emanate from the same source as the ones that have now been revised (the Treasury) – and so are no less subject to uncertainties around the assumptions on which they rest, in particular about geopolitical events and the outlook for major overseas economies.

It’s not impossible that things could turn out “better” than these forecasts - in which case, no doubt Treasurer Chalmers will want to claim some credit.

They could, of course, also turn out worse.

Chalmers chose not to disclose much about the implications of these revisions to economic forecasts for the shape of the budget itself.

He did say the upward revisions to forecasts of prices and wages would add about $30 billion over the forward estimates period to budget payments.

But he didn’t give any hints as to the impact of higher bond rates on the budget interest payments.

Nor did he give any indication of the likely impact of slower economic growth, or lower commodity prices, on budget revenue.

Those details – and what, if anything, the government proposes to do by way of response to them - will apparently have to wait until Chalmers presents his revised budget – the second this year – on October 25.