How safe is your suburb, or the suburb where you plan to invest?

As Roy Morgan’s latest State of the Nation report launched last week showed, 57 percent of Australians (aged 14+) now agree that “crime is a growing problem in my community”.

The level of concern about local crime has risen sharply in the past year, after declining from 70 percent 2003 to 53 percent in 2015.

In each greater capital city, the suburb* where the most residents believe crime is getting worse are Dandenong in Melbourne (73 percent agree), Bradbury-Wedderburn in Sydney (69 percent), Redland Islands in Brisbane (74 percent), Elizabeth in Adelaide (67 percent), Montrose-Rosetta in Hobart (71 percent), and Cooloongup in Perth (81 percent—the most of all suburbs nationally). 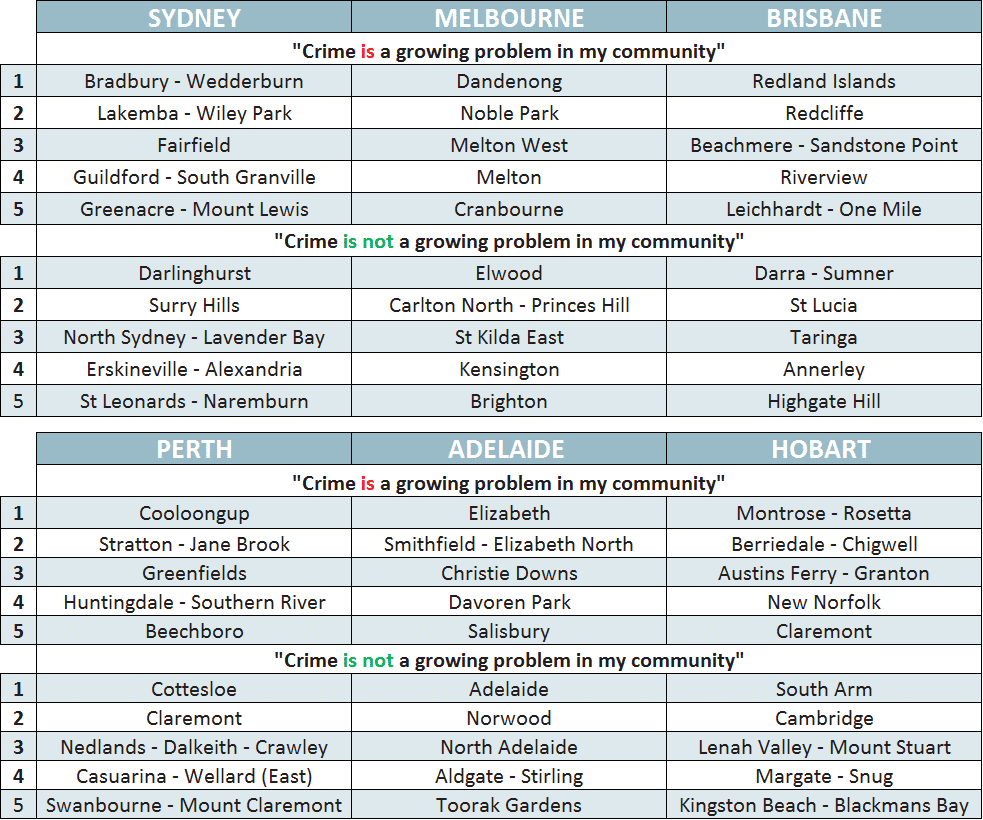 Then there are the suburbs where the overwhelming majority of locals feel safe and sound (or at least believe the crime rate is improving).

Darlinghurst in inner Sydney is the best suburb nationally: over the period following the NSW Government’s 2014 lockout laws Oxford Street, just one in seven Darlinghurst locals (15 percent) now agree crime is getting worse (with Surry Hills, on the other side of former ‘crime hotspot’ Oxford Street, in second spot with 18 percent).

In other capitals, the suburbs where residents are the least likely to be concerned about local crime are Elwood in Melbourne (35 percent agree), Darra-Sumner in Brisbane (15 per cent), Cottesloe in Perth (34 percent), Adelaide CBD (28 percent), and South Arm in Hobart (33 percent).

Overall, people who live in greater capital city areas are less concerned about rising crime than those in towns and regional areas (54 percent agree crime is getting worse, compared with 65 percent of country residents).

“The NSW Bureau of Crime Statistics and Research (BOCSAR) has previously reported significantly fewer assaults in areas impacted by the State Government’s controversial lockout laws aimed at curbing alcohol-related violence. Residents of two impacted suburbs, Darlinghurst and Surry Hills, confirm these results and overwhelmingly agree that crime is down in their neighbourhood. 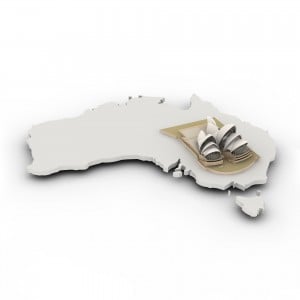 “However the local perception of crime doesn’t always match up with official police statistics. BOCSAR’s Crime Mapping Tool shows that the incidence of many offences is steady (and still well below the Darlinghurst rate) in Lakemba and Fairfield, where around two-thirds of locals nevertheless believe it’s getting worse.

“Roy Morgan’s latest State of the Nation report revealed a recent rise in the number of Australians who believe crime is a growing problem—which bucked the long-term downward trend and coincides with more people feeling generally unsafe and becoming more security conscious.

“It’s this perception of local crime and need for personal security that can affect consumers’ day-to-day behaviours and choices—about how they travel, where and when they do their shopping, their activities and media habits, and how they vote.”

'Australia’s best and worst city suburbs for crime, according to the locals' have no comments