Australian wages and inflation: up and away

January labour market data was stronger than expected despite the disruptions caused by the Omicron variant.

However, instead of impacting the unemployment rate, the impact from the Omicron variant was concentrated in hours worked, which fell 8.8% month on month.

Data on the reasons for working fewer hours are consistent with people withdrawing labour due to sickness or other reasons more so than because of a fall in the opportunities to work and suggests labour market activity will bounce back strongly in February as virus disruptions receded. 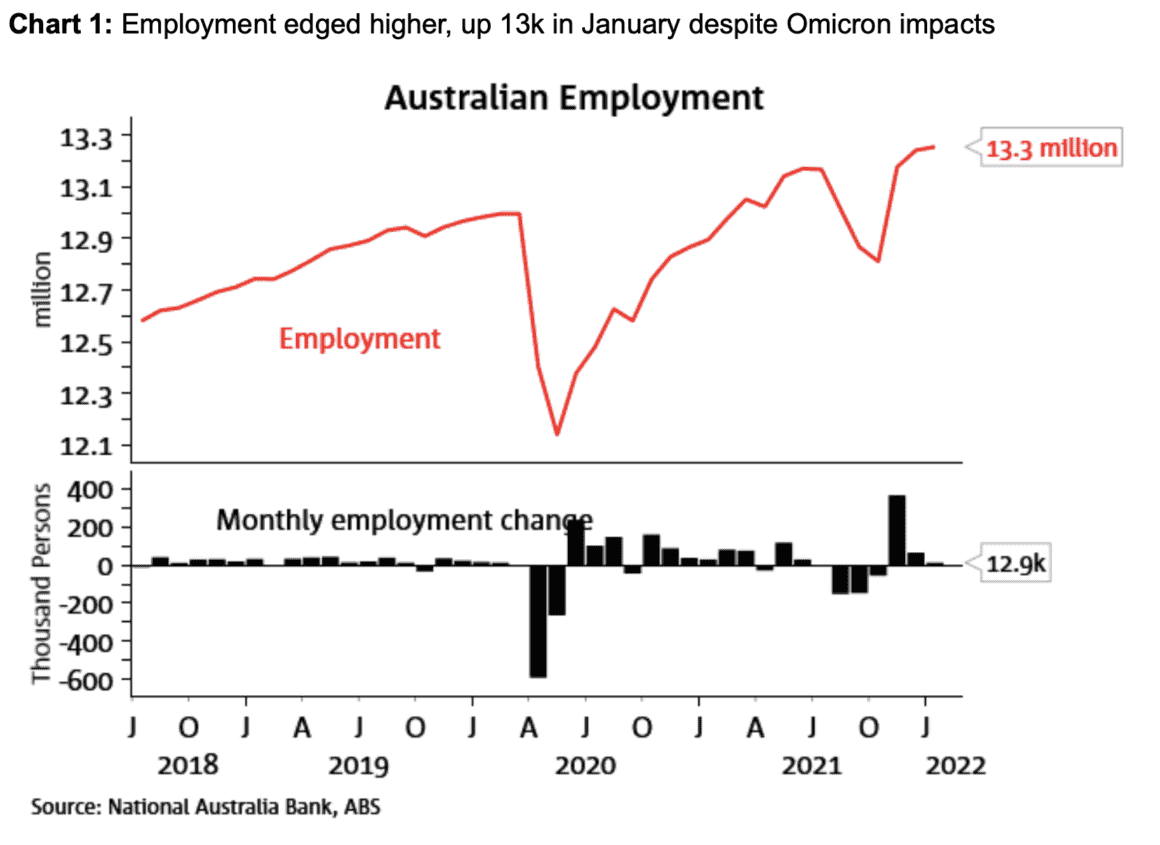 The ABS unemployment figure of 4.2% hides real toll of the ‘Omicron strain’ on Australia’s employment markets

This figure hides the over 570,000 Australians who didn't work in January who normally would.

The ABS figure for January counts as employed an additional 214,400 Australians who were working zero hours for 'economic reasons' or 'other reasons' - such as being forced into isolation for being a close contact of a confirmed case. In addition, the ABS notes 449,900 workers worked zero hours due to illness, injury or sick leave in January.

ANZ Bank economists are now forecasting Australia’s unemployment rate to fall to the low 3s by the end of 2022 and remain there through 2023, with underemployment also falling further in 2022. 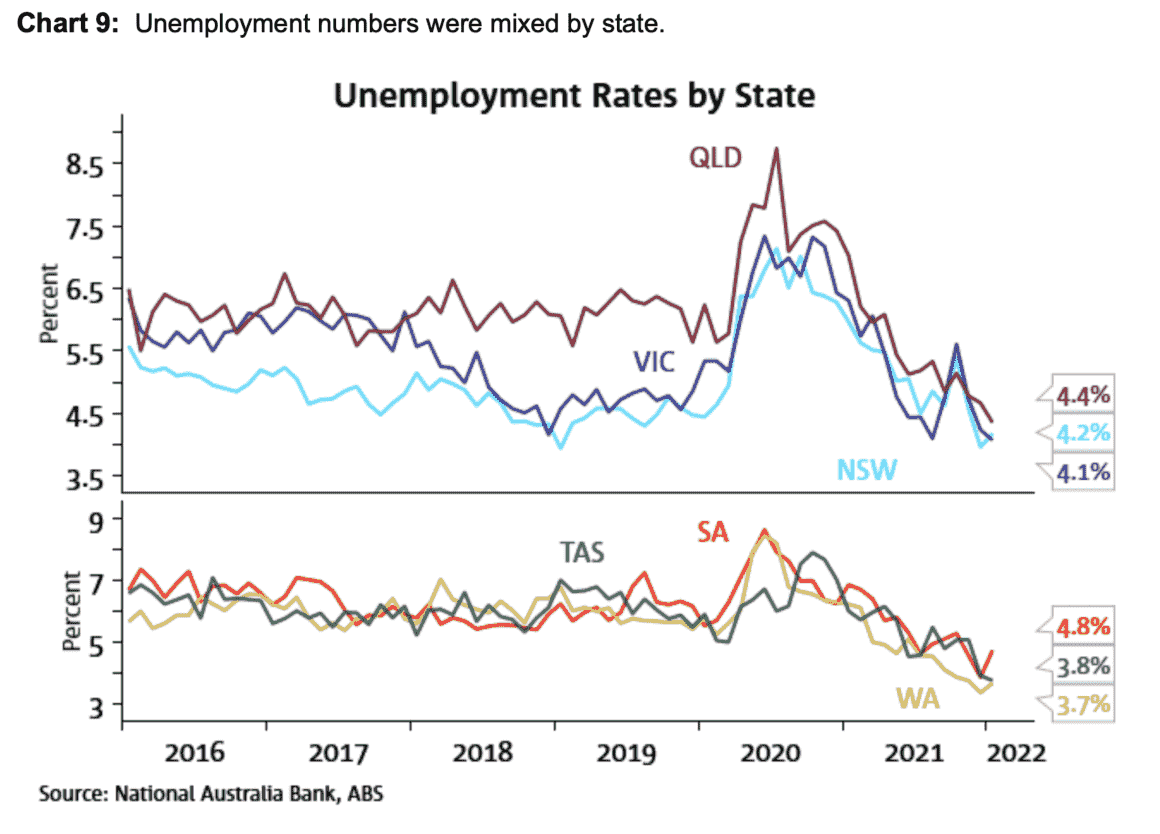 But real wages have further to fall before they turn around.

ANZ suggest that with supply chain pressures likely to keep goods inflation elevated in the near term, we should expect annual underlying inflation to accelerate some way above the RBA’s target band in 2022, reaching a peak of 3.6% in the 2nd quarter of the year.

Then as some of these pressures ease, inflation is likely to slow to around the top of the RBA’s target band by the end of 2023.

In ANZ's view, it’s likely that the peak cash rate in this cycle will have a 3-handle. 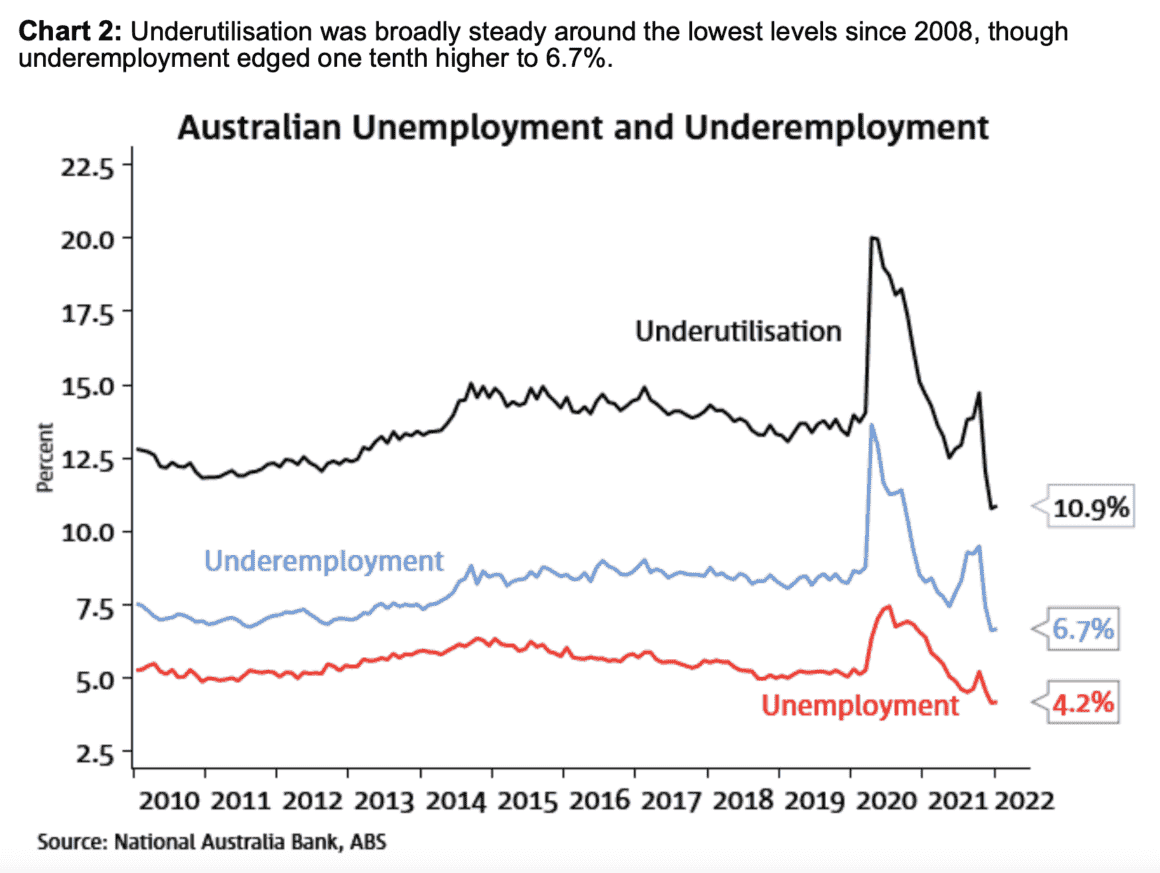 Australia’s GDP and labour market recoveries have outpaced most of the rest of the world. 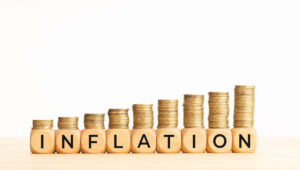 But inflation and wage growth have not, with the US, euro area, UK and New Zealand ahead on these measures, in some cases significantly so.

But we think the same patterns are emerging in Australia, albeit delayed and to a lesser extent. We expect underlying inflation to break above the RBA’s target band in the first half of 2022 and nominal wage growth to well and truly shake off its 2-handle.

But Australia hasn’t been able to avoid a fall in real wages, reducing households’ purchasing power.

And ANZ expects real wages will get worse before they get better, falling through much of 2022. 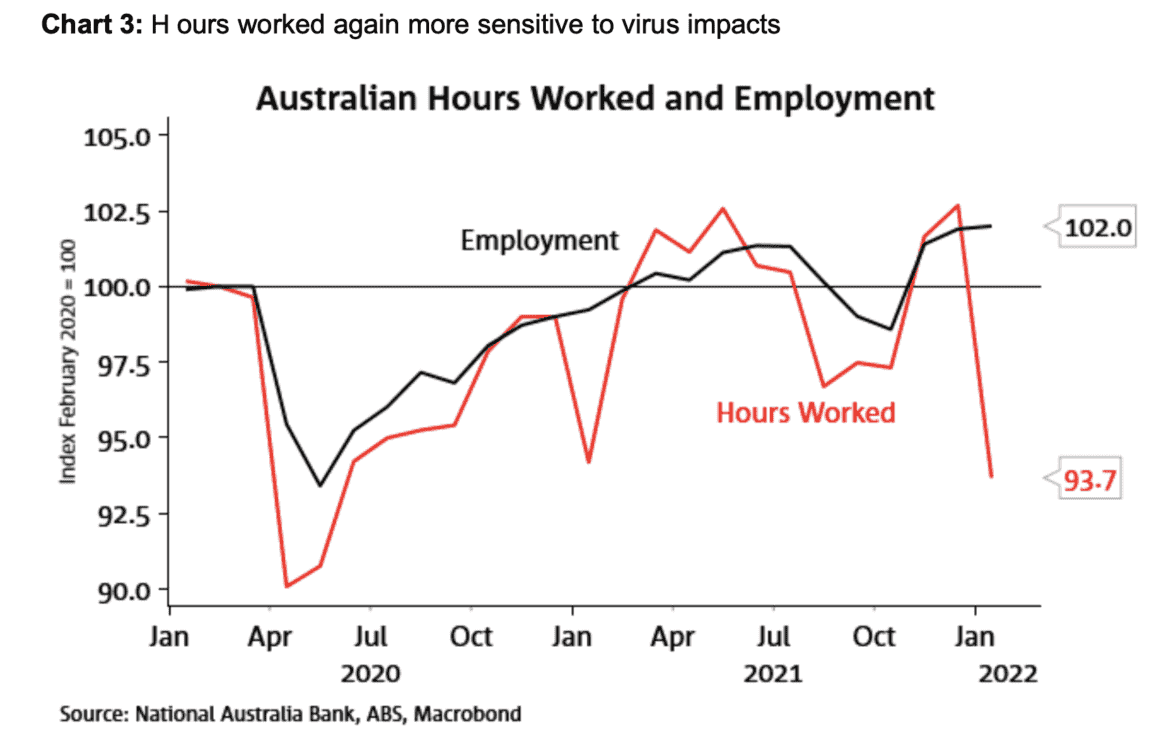