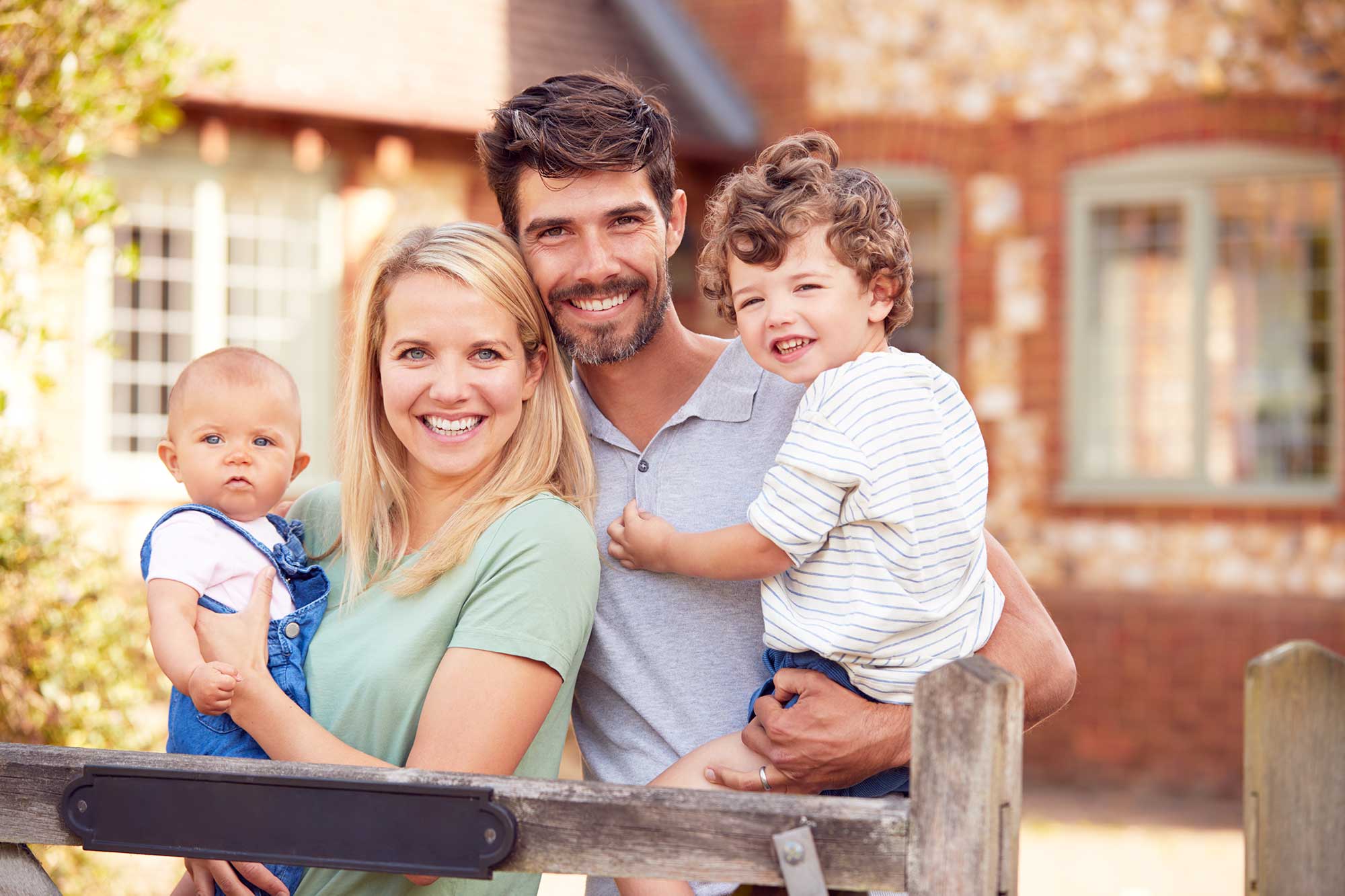 Aussie homeowners are staying put for longer: Here’s why

Australian homeowners are holding onto their properties for longer than ever as a lack of properties to buy at a time of rising property values creates uncertainty about being able to find a better alternative. 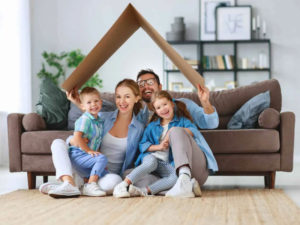 10 years ago, the average length of time Australians stayed in each property they own was 7.5 years for houses and 6.5 years for apartments, according to RP Data (now Corelogic.)

But fast forward to today’s market and the latest analysis by realestate.com.au shows the average hold time across both houses and units is around 3 years longer than it was a decade ago.

As of late last year, Aussies were staying put for around 10.6 years in houses and for 9.5 years in units.

Average hold times in your suburb

While homeowners are staying in their homes for longer, hold times vary wildly across the country.

The suburb with the longest hold time nationally was Taren Point in Sydney’s south with an average hold time of 22.7 years for houses, according to realestate.com.au data.

The longest hold time for units nationally was in Kew East in Melbourne with an average of 18.8 years. In Sydney, Oran Park had the shortest average hold time for houses at 1.7 years, which was wildly different from Taren Point’s 22.7 years, the data shows.

In Melbourne, the inner northern suburb of Princes Hill was where houses were held for the longest period of time at 21.7 years compared to Melton West, which had the shortest hold time for houses at five years.

For units, Kew East had the longest average hold time of 18.8 years while Laverton had the shortest at 3.7 years.

In Brisbane’s Middle Park homeowners are holding onto their houses for longer than anywhere else in the city at an average of 18.4 years but on the other end of the scale, homeowners with a house in South Ripley only hold for 1.1 years.

What is driving the shift

One factor is our rising property prices.

“The 16.1% lift in national housing values over the past year is the fastest pace of annual growth since February 2004, however, the monthly growth rate has been trending lower since March this year when the national index rose 2.8%,” he said. 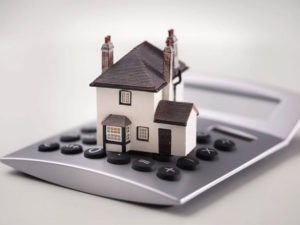 Aside from the climbing property prices, realstate.com.au executive manager of economic research Cameron Kusher says the upwards trend can also be attributed to the cost of selling and moving.

“Property prices are so high now, and the costs associated with buying and selling properties are also high, which dissuade transactions wherever possible,” he said.

For example, the rising cost of stamp duty is clearly a key driver behind Aussie homeowner’s decision to stay put for longer.

“[Stamp duty] is a really large cost now compared to the average wage [and] because house prices have risen relative to incomes over the last two decades – and the stamp duty rates obviously rise with prices – it means that Australians are spending a larger share of their average wage every time they change house,” Grattan Institute program director for household finances Brendan Coates said.

“So naturally that means that you do it less often.”

He added that stamp duty rates have essentially doubled over the past 15 years in Melbourne and Sydney.

“That’s a really enormous impost on households … It means people are probably living in housing that less suits their needs.”

And stamp duty isn’t the only cost associated with moving.

Sellers would also need to add up the cost of conveyancer or solicitor fees, marketing fees, agent fees, and lender fees.

The typical cost of stamp duty by metro city 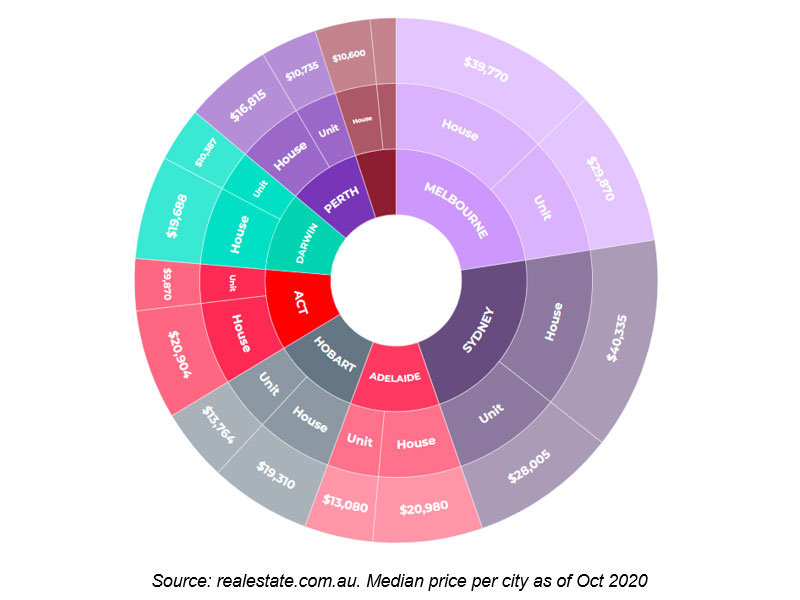 If property prices and the costs associated with selling and moving aren’t enough to deter homeowners from moving, it’s clear to me that short market supply and the inability to find a better property to move into is also causing many homeowners to drag their feet.

Baby boomers are prepared to stay in their old home, despite having many empty bedrooms, because of the lack of large resizer (rather than downsizer) apartments in the right location – so they renovate instead.

“Household wealth is underpinned by real estate assets so downsizing has become somewhat less attractive, especially considering it can impact on pension payments for retirees,” he said. 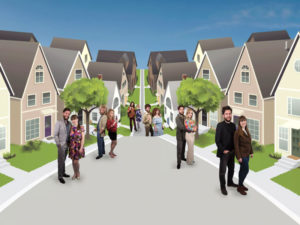 Meanwhile, upsizers who may fetch a premium price for the property they’re currently in are being priced out of the market for the larger properties they’d want to move into.

And the housing shortage issue is only set to get worse as the number of new building approvals for new homes lags the previous 3 years and our population climbs.

Despite sharp increases in home building over the past year – courtesy particularly of HomeBuilder, the number of new private-sector homes approved for building nationally over the past 3 years is still lower by 16.9% compared to the previous 3 year total – a decline of 115,260 dwellings.

Australia’s population, however, according to the ABS, has increased by 921,000 over the 3 years ending December 2020.

Fewer new homes with a rising population raise the specter of emerging housing shortages – leading to higher prices and rents, and growing social dislocation – and only offset recently by closed international borders which will likely be a temporary condition

Homeowners are turning to renovation

With high property prices, high cost of selling and moving, and short supply dampening many homeowners decide to move to a new property, instead, would-be sellers are turning to renovation instead.

According to Finder’s First Home Buyers Report 2021, almost four out of five are already planning to renovate their new home. 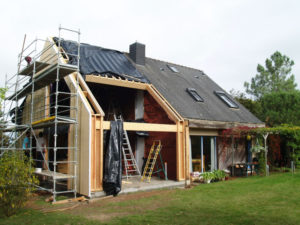 The research found one in five (22%) plan to renovate immediately after buying, while 30% will do so within the first 12 months.

A further 23% will undertake a home makeover within the first five years, followed by 5% who intend to renovate six or more years down the line.

For city dwellers, 82% of first home buyers intend to renovate sometime down the line, compared with 75% of those living regionally.

Sarah Megginson, Finder home loans expert, said that the property boom had instilled a fear of missing out among prospective first home buyers.

“With property prices showing no signs of slowing down, and interest rates at an all-time low, first home buyers are getting creative with different tactics to get into the market.”

“In a hot market, it’s not always possible to buy your ideal home, let alone your dream home.

“What some first home buyers are finding is that their best chance to get on the property ladder is by purchasing a ‘fixer-upper’ in a suitable suburb,” she said.