Last year new laws have been enacted to deny deductions for depreciation for “previously used” depreciating assets related to the use of residential investment properties.

In simple terms, for affected taxpayers, from 1 July 2017, depreciation deductions for items of plant and equipment (e.g. dishwashers, ceiling fans, carpet, and hot water systems) in residential investment properties will be limited to those assets that have not been previously used.

Within the list of criteria that enables investors to avoid the new depreciation changes you’ll find ‘substantially renovated properties.’ 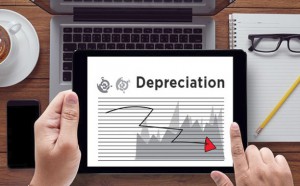 In other words, a property that has had so much work done to it that it is “new.”

There’s a bit of confusion within the marketplace about what qualifies as substantially renovated.

From my perspective, there are a few companies deliberately muddying the waters, but thankfully clear guidance is available.

The commissioner of taxation is generally as clear as a punch to the face, but the fist that delivered the punch is tattooed with hieroglyphics describing why it was hitting you.

As well as clunky metaphors, I also speak somewhat fluent tax commissioner hieroglyphics, so let’s give this a go.

To break that down a little more, the renovations must directly affect most rooms in a building.

The renovation of only one part of a building such as a new bathroom, without any work on the remaining parts of the building, would not constitute substantial renovations.

Now we come to the tricky part

Whilst the new depreciation legislation references substantially renovated properties, the definitions of what that is, come from the much older GST ruling.

That tends to support the idea that only properties that would now under GST ruling be classified as ‘new residential premises’ can be exempt from the changes to plant and equipment legislation.

As far as I’m aware, to date this exact scenario has never been tested via an ATO private ruling.

What we know for sure is that if you buy a property that was originally constructed in say 1960 but has now been so substantially renovated that it is classified as ‘new residential premises,’ you’ll still be able to claim the division 40 plant and equipment items like carpets and ovens.

If this occurs, you can claim plant and equipment deductions which is great. 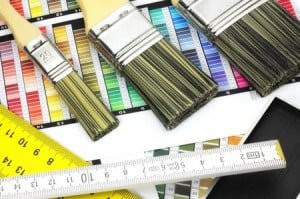 However, now GST is payable on the sale and the seller must give away up to 1/11th of the sale price to the Commissioner as GST.

I know several investors are having schedules completed on properties that everyone would agree have had substantial renovations as defined by the legislation above, but I’m sure at least some of those properties would not have been classified as being new in the contract of sale.

It remains to be seen whether any of those deductions will be knocked back.

Ensure you’re working with an accountant that is aware of the legislation and is ready to state their case to the ATO.

'Are substantially renovated properties exempt from new depreciation legislation?' have no comments