id Demographers forecast that Australia's population will have 1.9 million fewer people in 20 years' time than it would have had if COVID-19 never reached our shores.

Since is 2005, overseas migration has been the main driver of population growth in Australia, stimulated by federal government policies designed to bolster the tertiary education sector, attract a skilled workforce, and balance Australia's aging population. 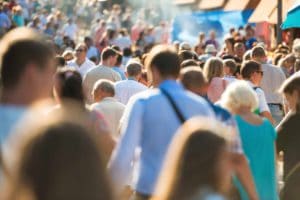 In the decade 2009 to 2019, overseas migration accounted for an average of 218,000 people being added to our population each year.

At the peak times, we added as many as 300,000 people through migration.

id Demographers report that in the current financial year (2020 - 2021) they anticipated Australia will experience the net overseas migration loss of 71,600 people.

This means more people will be moving to live overseas than people moving overseas to live in Australia.

id suggest that one consequence of reduced immigration will be if you were both in Australia.

They say that as most overseas migrants are young adults in family formation age, we will have a decline in the number of future children born in Australia.

They also assume that some women will delay having children because of the uncertainty associated with COVID-19.

Which areas miss out?

Over the past decade, Australia's popularion grew faster than we could build houses, but the decrease in population growth means fewer households will be formed and we will require fewer houses moving forward.

The following map shows the impact ID expects COVID-19 to have on the population of each Australian state and territory by 2041. 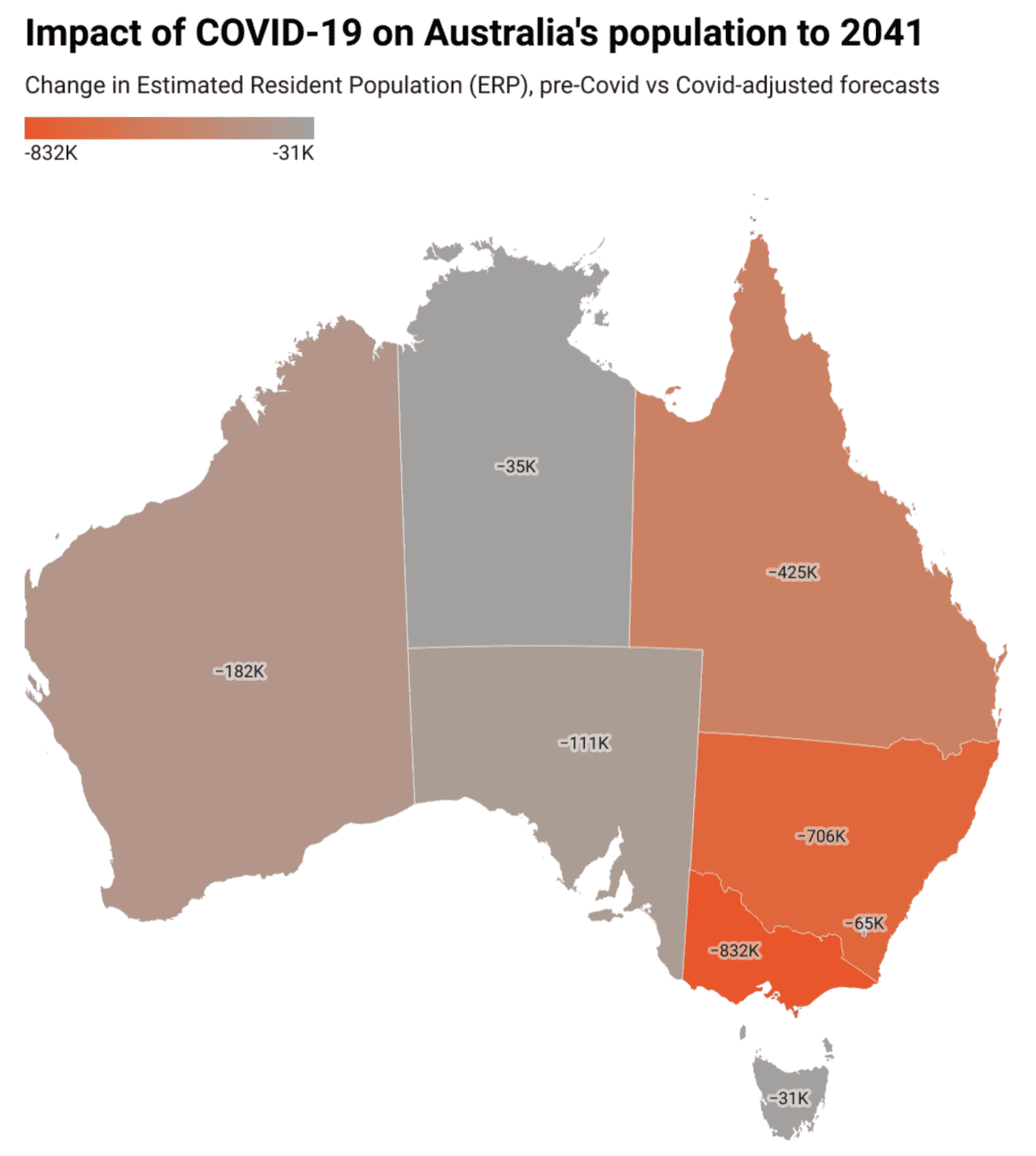 Source: id Demographers- How close borders will impact the future demand for services.