Have you ever had a strong opinion (belief) about investment markets which was subsequently proven to be incorrect? 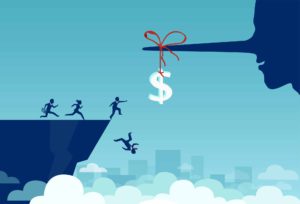 A recent example was when many people predicted borrowers would be forced to sell their properties due to the Covid lockdowns and the market would crash.

It is my view that a humble mindset is the best way to avoid being blindsided by unexpected investment risk, whilst at the same time spotting all opportunities.

Robert Glazer wrote about the concept of cognitive dissonance in his recent blog:

“… the authors examined the followers of cult leaders who predicted that the world was going to end on a specific date, and told everyone to prepare. When that day passed without a fiery inferno, you may have expected these cult leaders to have lost all credibility with their followers.

Instead, the exact opposite happened. The leaders simply declared their prediction was incorrect and declared a new date. Like clockwork, their followers doubled-down and began preparing for the next apocalypse.

Why would they do this? According to Tavris and Aronson, it was likely too painful for the cultists to admit they had fallen for a fraudulent prophecy. It was easier to avoid interrogating their own judgment, and to instead dig a deeper hole of delusion for themselves.”

This shows the danger of holding strong opinions and leaving no room for the possibility that you could be wrong, particularly when you are investing money.

There are two prominent commentators that have been perpetually bearish about the Australian property market since I started ProSolution in 2002.

They are Martin North from Digital Financial Analytics and economist Dr Steve Keen, who is now working in London.

Of course, there are others but these two stand out in my mind.

They have both been outspoken and incorrectly predicted property price crashes on a number of occasions.

In fact, I recall watching Dr Keen on the TV program, Sixty Minutes in 2008 telling all Australian’s to sell their property.

Apparently, he even sold his apartment.

He was so certain.

Of course, he was wrong.

People that hold perpetually negative views, that leave no room for the possibility they could be wrong and ignore all the evidence, lack credibility.

I know some advisors that hold very strong beliefs about the methodologies they utilise. 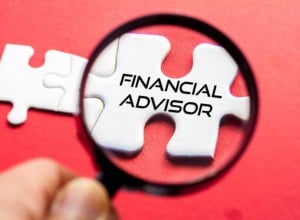 They believe their way is right and everyone else is wrong.

Whilst I admire their conviction, such strongly held beliefs are dangerous.

In life, things are rarely that black and white.

You should have a strong conviction in the robust investment strategy you adopt, especially since it should be supported by sound, evidenced-based methodologies.

However, at the same time, you must leave room for the possibility that you could be wrong.

That every investment you make may not work out how you had hoped.

This humble mindset will greatly reduce the risk that you will be blindsided by unexpected risks.

It will also ensure you spot investment opportunities that you may not otherwise see.

Confirmation bias is a tendency to look for, and take notice of, information or evidence that supports our beliefs. 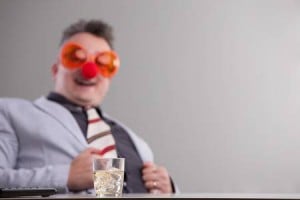 When it comes to investing, confirmation bias is dangerous.

The best way to avoid confirmation bias is to force yourself to argue for the opposite case.

For example, when I wrote in May that property values wouldn’t fall materially, I forced myself to think of all the reasons why there could be a property crash.

I pretended to debate myself.

I do that with economists and portfolio managers that I meet too – I argue for views that are opposite to mine e.g. why the US tech sector isn’t overvalued (BTW, I think it is!).

Being the devil’s advocate allows you to test your own views and to not get sucked into confirmation bias.

What strongly held views do you hold? And are they limiting your investment options?

Here’s some examples of beliefs held by people I have met over the years:

It is my view that none of these beliefs are correct in absolute terms.

For example, some share investing methodologies are high risk.

But there are lower risk methodologies too.

It is good to regularly test your own beliefs and look for evidence to the contrary, as they could be costing you in terms of missed opportunities or exposing you to unnecessary risk.

'Why were the property bears so wrong?' have 7 comments