It wasn’t so long ago that most landlords automatically said no when it came to allowing pets in their properties – but times they are a changing! 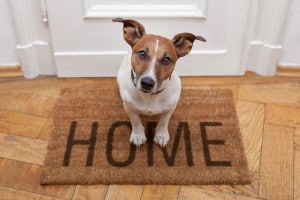 Part of the reason for that, thankfully, is common sense given that the majority of Aussies have a pet, which means most tenants have a furry friend of one persuasion or another.

Previously landlords were too worried about the risk of damage to their properties, but they’ve slowly come to understand that tenants with pets are likely to stay longer, plus pay more for the opportunity, too.

In fact, recent research by Domain, has found that pet-friendly properties can achieve rents of up to 30 per cent more than ones still stuck in last century thinking.

According to the Domain Group data, median asking rents for pet-friendly apartments are higher than for houses that don’t allow pets.

However, across the country, there are still plenty of landlords not taking advantage of this simple way to supercharge their rental returns. 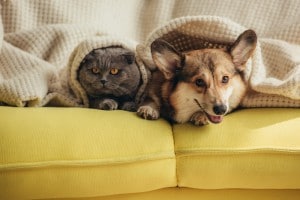 The research found that apartments advertised as pet-friendly are rarest in Melbourne, representing less than three per cent of all rentals, followed by Adelaide (6 per cent) and Sydney and Canberra (both 7 per cent).

Houses are more likely to be pet-friendly, but the proportion is still low in Melbourne (9 per cent) and Sydney (21 per cent).

On the other hand, more than half of Greater Brisbane’s rental houses allow pets, while in Darwin, more than two-thirds are pet-friendly.

Some investors are achieving rents hundreds of dollars higher because of allowing pets to rightfully live with their owners.

Still on the fence?

Of course, there are myriad valid reasons why some properties might not be well-suited for pets.

For example, small apartments were clearly not designed to have Irish Wolf Hounds living there, too.

Strata bylaws usually outline whether pets are permitted in apartments or townhouses, including maximum weights.

This is to help prevent damage and noise from, say, a border collie locked up inside a studio apartment all day. 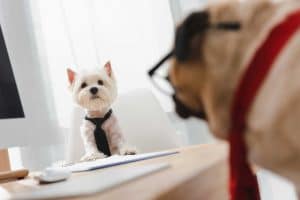 However, court cases around the country have pushed back on bylaws which are draconian in nature and flatly refused to allow pets who were well suited to that particular dwelling, as an example.

Damage is a reasonable concern for landlords, however, tenants are responsible for damage outside normal wear and tear under standard lease agreements as it stands.

Properties with outdoor areas or large balconies are ideal for tenants with pets, as are ones that have tiled floors rather than wooden ones to prevent unnecessary damage from paws.

Given the pet-friendly premium that tenants are willing to pay, it does make financial sense to at least consider whether your property is suitable.

At the end of the day, given pets are for life and not just Christmas, you do want your tenants to stay for the long-term…

And they’re more likely to do that if their Fido or Freddie is able to live there, too.

'Why landlords should consider pets in the city' have no comments