Want to know what could happen to Australia’s wealth over the next decade?

Are you interested in knowing the wealthiest nations today and in the future?

Today’s infographic supplied by Visual Capitalist will answer these questions

So let’s see how the wealth of nations stack up.

Private Wealth: Now and in the Future

Using data from the Global Wealth Migration Review, here are the 10 wealthiest nations both now and as forecasted in 2028.

It’s worth noting that these figures are meant to represent wealth, which is defined as the total amount of private wealth held by individuals in each country.

It includes assets like property, cash, equities, and business interests, minus any liabilities.

Clearly Australia is punching above its weight, but the real heavyweights are China and India which are expected to see triple-digit growth in private wealth between now and 2028.

As far as developed countries go, Australia is outperforming the others and is expected to add 80% to private wealth in the next decade and in the process will leapfrog both Germany and the U.K. in the rankings. 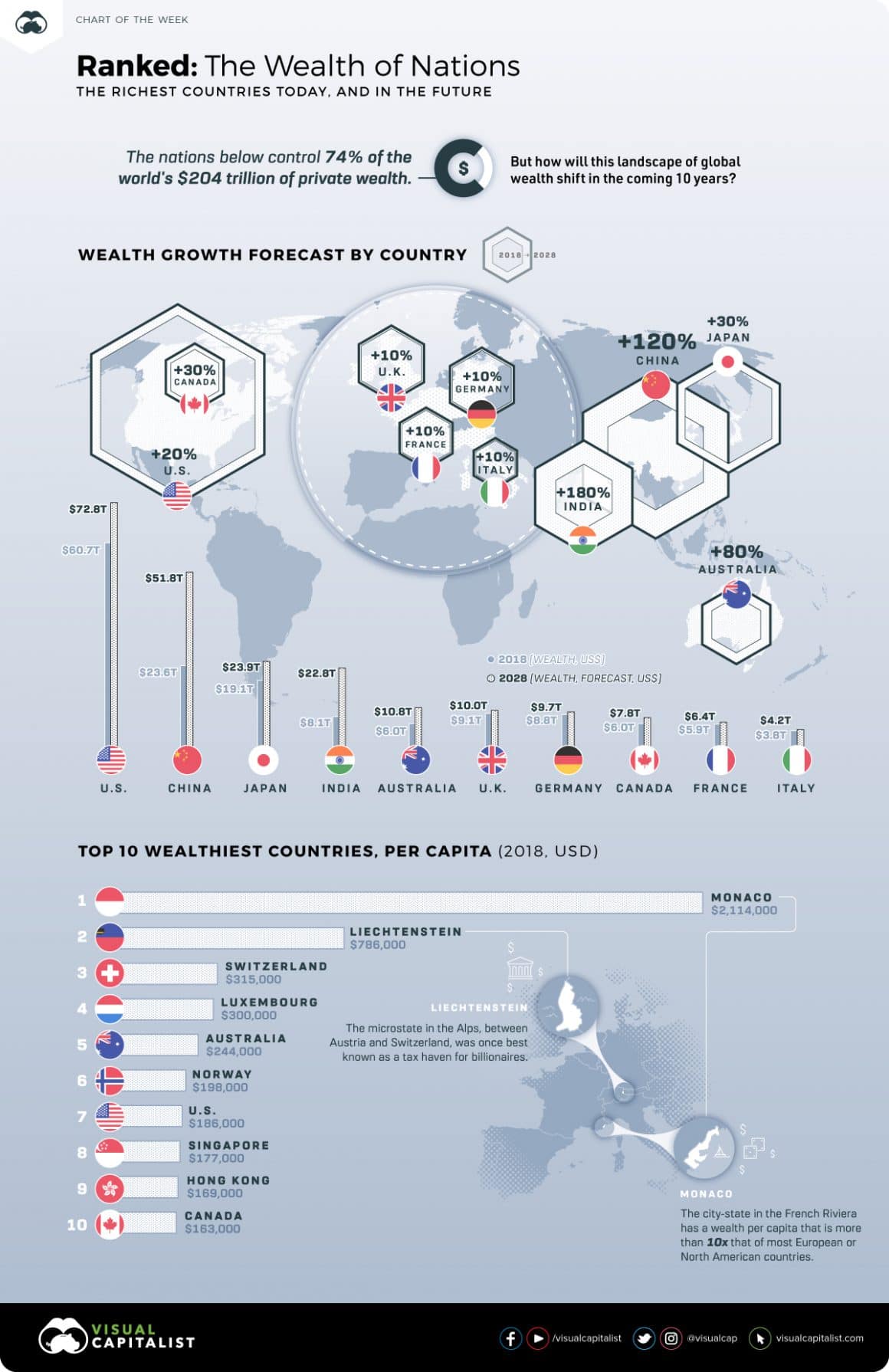 Here’s a look at the wealth of nations in a different way, this time with numbers adjusted on a per capita basis.

Put another way… Australia, Canada, and the United States can all claim to be among the wealthiest of nations in both absolute and per capita terms.