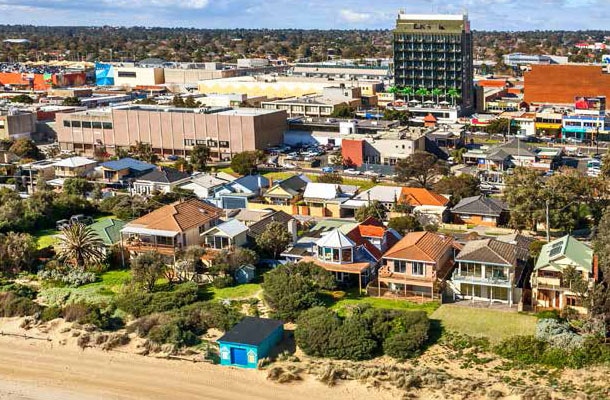 When is the next tipping point for the Sydney & Melbourne markets?

With the property markets in Sydney and Melbourne projected to reach new peaks by the end of 2020, it’s back to ‘square one’ for housing affordability.

There is also likely to be a new tipping point as well as potential for the reintroduction of macroprudential measures by APRA.

According to RiskWise’s latest Risks & Opportunities Report, Sydney and Melbourne were highly likely to be the top performing markets in Australia next year, well ahead of any others.

However, it also meant both Sydney and Melbourne would be back to ‘square one’ when it came to housing affordability and undersupply of family-suitable properties relative to demand driven by population increases, the biggest (recurrent) issue in the Australian property market since mid-last decade.

And it could spark the reintroduction of macroprudential measures by APRA if ‘speculation’ by investors rises and increases the risk to the financial stability.

New peaks are expected in Sydney and Melbourne with additional peaks reached thereafter more frequently until the market reaches a new tipping point.

This is the point where consumer confidence in relation to house price materially decreases, houses are severely unaffordable for owner-occupiers and investors’ out-of-pocket expenses will mean they are beyond their tolerance point especially with low rental returns.

Obviously the key question is when the new tipping point will be.

We’re not expecting one in 2020 but without regulatory intervention there will be one.

RiskWise projected strong price increases across a large number of areas in Sydney and Melbourne in the short term, and particularly the long term, thanks to a good (while a somewhat deteriorating) employment market and strong population growth, particularly in Melbourne.

The RBA’s interest rate cuts (the most recent one in October 2019 with the possibility of a further one in the first half of 2020), some loosening of credit restrictions, significant improvement in buyer confidence and increased auction clearance rates provide very strong indications regarding these markets.

Buyer sentiment in relation to housing measures has noticeably improved and the Westpac-Melbourne Institute’s House Price Expectations and Time to Buy a Dwelling Indices show a consistent trend.

Auction clearance rates have also recovered and are largely above 70 per cent in Sydney and Melbourne.

As we predicted immediately after the election and in our previous Risks & Opportunities Reports, the market has materially improved with affordable areas that have shown resilience recovering well.

Other areas, including lucrative ones that experienced strong price reductions, are now leading the way to this recovery.

However,  a significant reduction in dwelling commencements would continue to create a problem of undersupply of family-suitable properties in high-demand areas, while there was also a high level of supply of rental properties in some areas.

September ABS dwelling approvals showed a 32.6 per cent drop in Sydney and a 30.3 per cent in Melbourne.

These imbalances are a major issue with a very material impact on dwelling prices particularly those unsuitable for families.

In addition, a sustained period of ultra-low interest rates and, consequently, a significant increase in housing finance, is highly likely to see a rise in investor activity.

Sydney and Melbourne have the largest concentration of investors and an increase in their activity will have a major impact on dwelling prices.

However, he said it was possible APRA would consider the reintroduction of macroprudential measures if increased investor activity contributed to double digit growth.

A new tipping point is reached when properties become very unaffordable for owner-occupiers and the out-of-pocket costs for investors become so high, they cease investing.

Obviously, if APRA reintroduces tighter lending restrictions, this is highly likely to have a negative impact on price increases, potentially not only in Sydney and Melbourne but also other areas of the country.

Interest rate reductions have significantly improved serviceability of both owner-occupiers and investors.

However, with low economic growth and effective unemployment above the ‘full employment’ target, it is possible that without a material change to the fiscal policy, the RBA will cut interest rates again during 2020 to 0.5 per cent.

Population growth continues to be strong in Sydney at 1.8 per cent, and unemployment sits at 4.3 per cent.

In Melbourne population growth is 2.5 per cent (the highest in the country), and unemployment 4.8 per cent.

The latest ABS data on new housing credit also shows a sharp rise in the value of home loan commitments, driven by a surge in owner-occupier lending as well as a smaller rise in investment lending.

APRA is watching the housing market closely, particularly given record-low interest rates, high household debt and signs of some revival in borrowing for speculative purposes.

It should be noted that strong investor activity is perceived by the RBA as ‘speculation’ that increases the risk to the financial stability.

Consequently, a major increase in investor activity is likely to trigger the reintroduction of macroprudential measures by APRA.